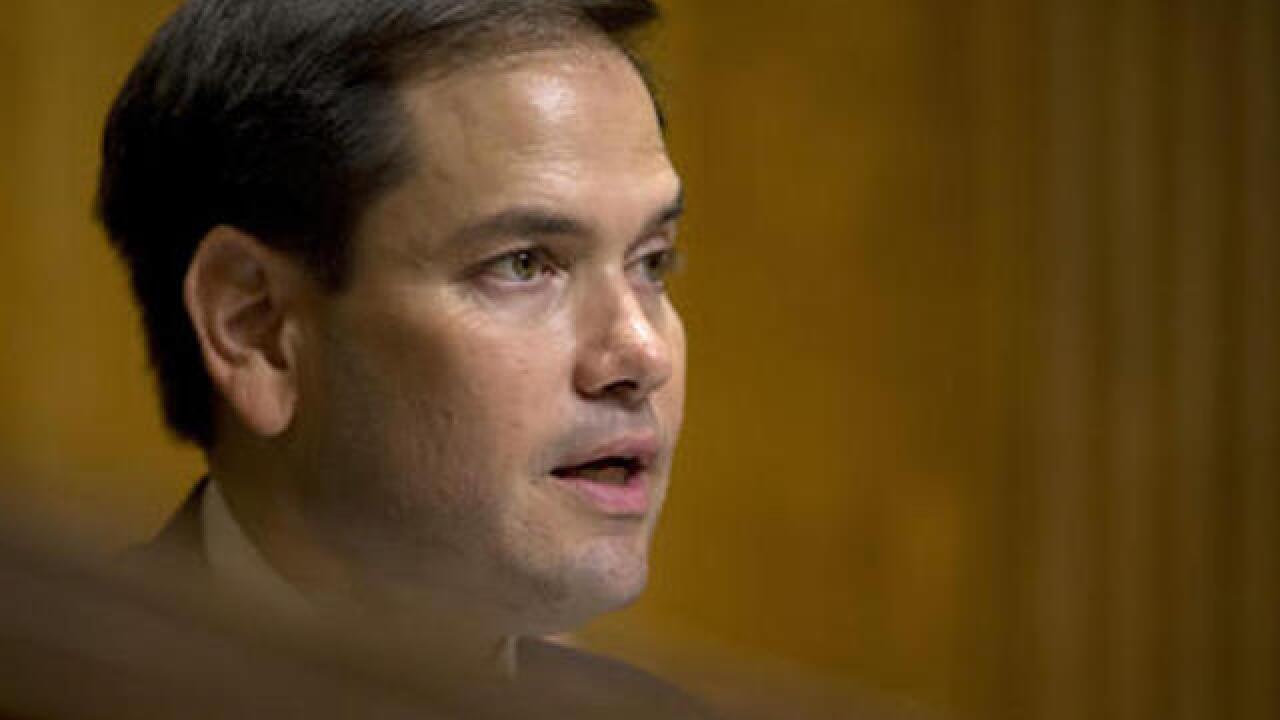 WASHINGTON (AP) — As the Zika virus escalates into a public health crisis, members of Congress remain entrenched politically, with Republicans and Democrats pointing fingers over the failure to act as the number of mosquito-transmitted cases in the U.S. grows.

Health and Human Services Secretary Sylvia Burwell warned lawmakers on Wednesday that her budget for fighting Zika is running out quickly. Without more money fast, she said, the "nation's ability to effectively respond to Zika will be impaired."

Yet lawmakers left Washington in mid-July for a seven-week recess without approving any of the $1.9 billion President Barack Obama requested in February to develop a vaccine and control the mosquitoes that carry the virus.

Abortion politics played a key role in the gridlock over the anti-Zika bill. Republicans angered Democrats by adding a provision to a $1.1 billion take-it-or-leave-it measure that would have blocked Planned Parenthood clinics in Puerto Rico from receiving money.

In a USA Today op-ed on Thursday, House Speaker Paul Ryan didn't mention the Planned Parenthood provision in blaming Democrats for blocking the legislation. Their obstruction, according to Ryan, is "a blatant ploy in an election year."

Sen. Tim Kaine of Virginia, the Democratic candidate for vice president, has called on Congress to reconvene to immediately address the threat posed by Zika.

But Senate Majority Leader Mitch McConnell has signaled he is in no rush to return. In an op-ed published Monday in the Lexington Herald-Leader, the Kentucky Republican criticized Democrats for balking at passing the bill. He said they'll get another chance after Labor Day when Congress is back in session.

Here are key points to know about the anti-Zika legislation.

Burwell's Aug. 3 letter seeks to counter Republicans who've criticized the Obama administration for not using several hundred million dollars already in the federal budget for Zika prevention. The money was initially allotted for fighting Ebola but was redirected to address Zika.

Sen. Marco Rubio, R-Fla., said Tuesday that's there's no excuse for not spending money that Congress already has provided. "Why are they holding that money back?" he asked.

Burwell said her agency is committed to using "scarce federal dollars aggressively and prudently." The Centers for Disease Control received the bulk of the $374 million "repurposed" for Zika domestic response efforts, she said, and it will exhaust the remainder of the money by Sept. 30.

Money for vaccine development will run out even sooner, she said. The second phase of clinical trials would be delayed as a result, and Americans would have to wait longer for a vaccine, according to Burwell.

"Now that the United States is in the height of mosquito season and with the progress in developing a Zika vaccine, the need for additional resources is critical," Burwell wrote.

Sen. Bill Nelson, a Florida Democrat, said Congress doesn't have to interrupt its lengthy summer break to pass the bill. But Republicans immediately dismissed his proposal.

Nelson's state has become the epicenter for Zika in the U.S. Fifteen people are reported to be infected with the virus in Miami's Wynwood arts district. These are believed to be the first mosquito-transmitted cases in the mainland United States, a situation that Nelson said heightens the urgency to respond.

In an Aug. 2 letter to McConnell, Nelson said an anti-Zika bill could be passed in the Senate through a parliamentary procedure known as a pro forma session that requires the presence of only a few senators.

But even Nelson isn't optimistic that will happen. And he took a jab at McConnell on Tuesday evening, predicting the Senate would move hurriedly if a transmitted Zika case is reported in Kentucky, McConnell's home state.

Don Stewart, McConnell's spokesman, said Nelson's proposal isn't at all plausible unless Democrats are willing to end their filibuster of the anti-Zika bill that the House already has passed. Otherwise, the Senate would be only approving an earlier version of the legislation that Obama could not sign into law, Stewart said.

ZIKA IS RISKY FOR BUSINESS TOO

Zika is a looming economic development problem too, according to Rubio. Many Florida businesses depend heavily on tourism and the state's economy could be hurt if potential visitors decide to stay away, he said.

White House spokesman Josh Earnest said Wednesday that it's up to Congress to pass the legislation so that more can be done.

"They left on a seven-week recess a day early, at the height of mosquito season and basically told the American people, 'good luck,'" Earnest said.