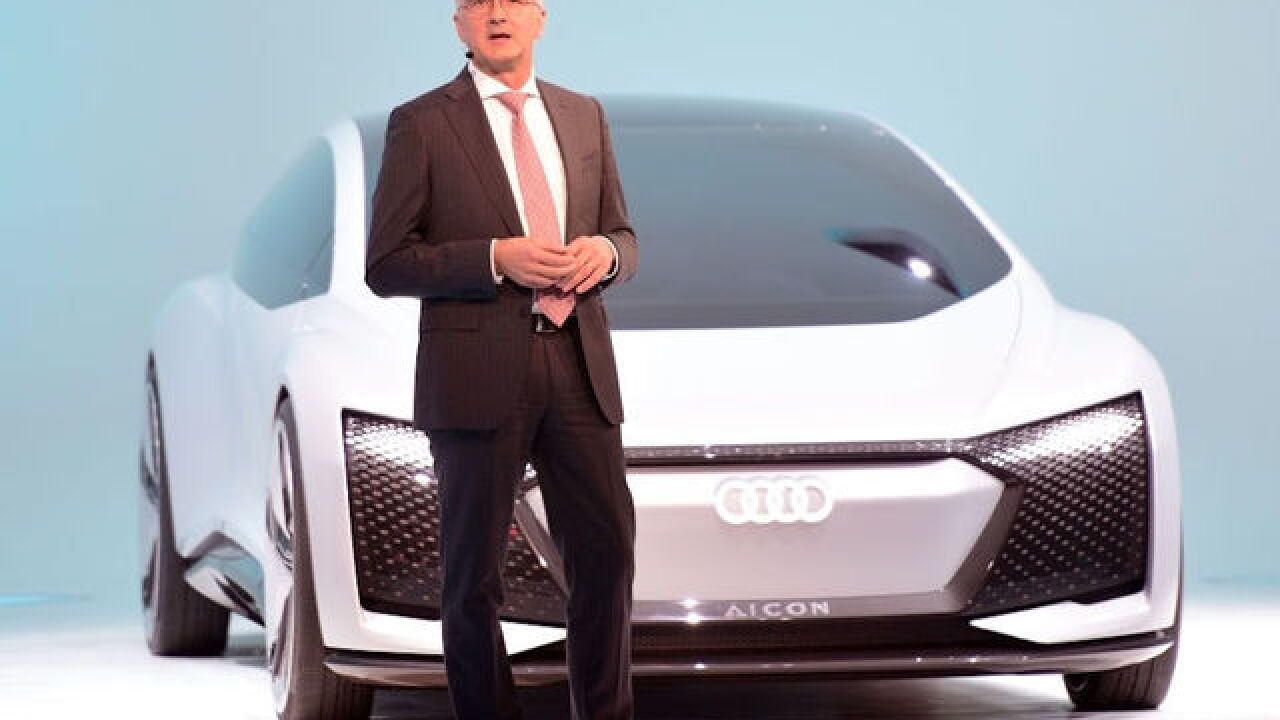 Image copyright 2018 Getty Images. All rights reserved. This material may not be published, broadcast, rewritten, or redistributed.
Thomas Lohnes
<p>The Chairman of Audi, Rupert Stadler, presents the new Audi concept car Aicon at the 2017 Frankfurt Auto Show on September 12, 2017 in Frankfurt am Main, Germany. The Frankfurt Auto Show is taking place during a turbulent period for the auto industry. Leading companies have been rocked by the self-inflicted diesel emissions scandal. At the same time the industry is on the verge of a new era as automakers commit themselves more and more to a future that will one day be dominated by electric cars.</p>

Audi CEO Rupert Stadler has been arrested in Germany as part of an investigation into emissions cheating.

Munich prosecutors said in a statement Monday that Stadler had been detained because of concerns over potential evidence tampering.

Nicolai Laude, a spokesperson for Audi's parent company Volkswagen, confirmed that Stadler had been arrested, but he declined to comment on the investigation. He said the company's supervisory board would discuss the matter on Monday.

"The principle of the presumption of innocence continues to apply to Mr. Stadler," he added in a statement.

Shares in Volkswagen dropped by 2% in Frankfurt.

Munich prosecutors said last week they had searched Stadler's home for evidence as part of an investigation that has been underway for over a year.

Volkswagen first admitted in 2015 it had rigged millions of diesel engines to cheat on emissions tests.

Diesel cars from Volkswagen and its Audi subsidiary cheated on clean air rules with software that made emissions look less toxic than they actually were.

The scandal sent its share price plunging, and trashed confidence among consumer and regulators in diesel technology. The episode has already cost Volkswagen over $30 billion in recalls, legal penalties and settlements.

Martin Winterkorn, the former chief executive officer of Volkswagen, was indicted last month by US prosecutors. He was charged with wire fraud, and conspiracy to defraud American customers and violate the Clean Air Act.