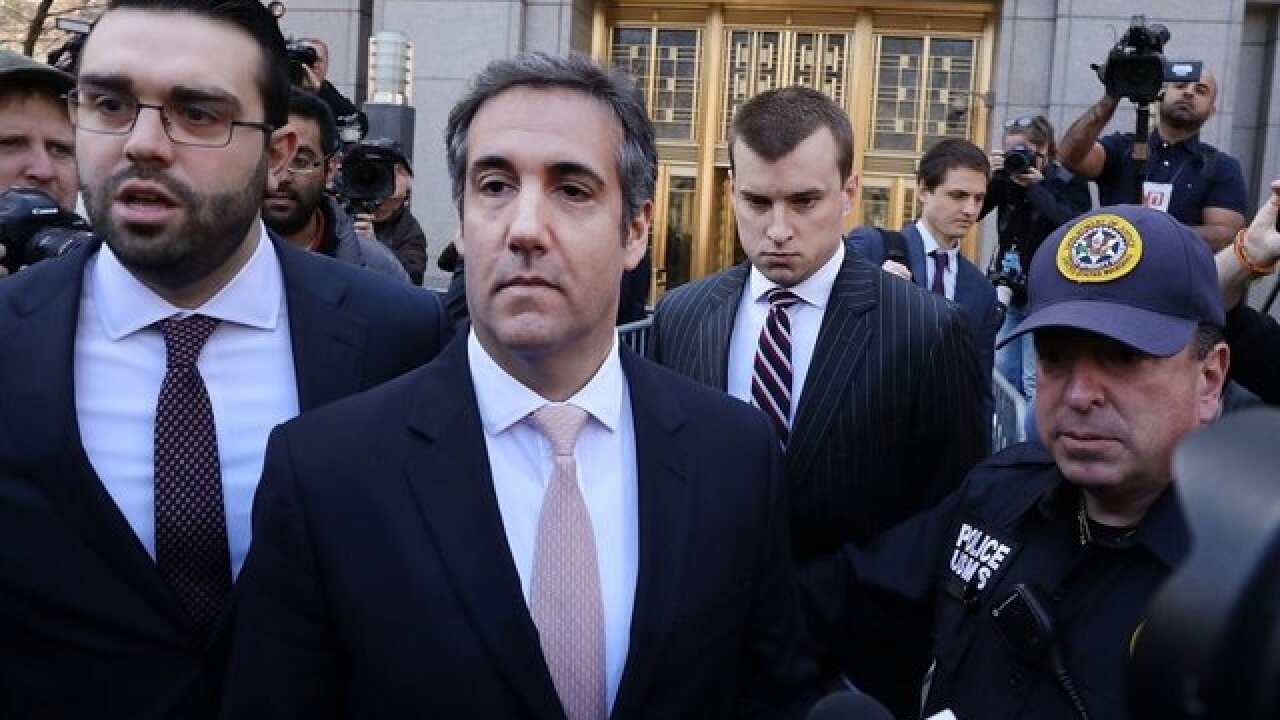 Lawyer Michael Cohen told a journalist, "I will take you for every penny you still don't have," in 2015 after the reporter wrote a story about President Donald Trump and his first wife, Ivana Trump.

Audiotapes of Cohen making legal threats to reporter Tim Mak were released by Mak on Thursday. Mak, who now works for NPR, wrote a story for The Daily Beast where he resurfaced an account from the book "Lost Tycoon: The Many Lives of Donald J. Trump," by Harry Hurt III, in which Trump's first wife recalls a "violent assault" and alleged she was raped by Trump.

Cohen defended his former client in a telephone call with Mak, claiming that "you can't rape your spouse."

"You're talking about the front-runner for the GOP, presidential candidate, as well as a private individual who never raped anybody. And, of course, understand that by the very definition, you can't rape your spouse," he said.

The assertion that it is not illegal to rape your spouse is false. Spousal rape has been illegal in New York City, where the couple lived, since 1984. Ivana Trump's account is from 1989.

She later walked back her claim, saying in 2015 in a statement obtained by CNN that The Daily Beast story "is totally without merit." "Donald and I are the best of friends and together have raised three children that we love and are very proud of," the statement said.

Cohen went on to make legal threats against Mak and the outlet he worked for if he published the report.

Sam Nunberg, a former Trump aide, said Corey Lewandowski and Hope Hicks, both of whom worked on the campaign, pushed for Cohen's firing after the spousal rape comments. Cohen did later apologize.

"I said things out of anger and I apologized and moved on," Cohen said on CNN's "New Day" in August 2015. "In all fairness, who hasn't said something or done something that they regret simply trying to protect somebody that they care about."

Cohen is under investigation after it was discovered he had made a $130,000 payment to adult film actress Stephanie Clifford, better known as Stormy Daniels, to ensure her silence about her claims of a long-ago affair with Trump and that Cohen was pitching his access to the President.

Cohen has become known for recording conversations. CNN reported in April that telephone conversations before and during the 2016 presidential campaign had been scooped up in the FBI raid of his home and office.

Michael Avenatti, the lawyer representing Daniels, alleged in an interview with CNN's Jake Tapper on Wednesday that Cohen, Trump's longtime personal attorney, had recorded "inappropriate" conversations, though Avenatti did not provide any evidence.