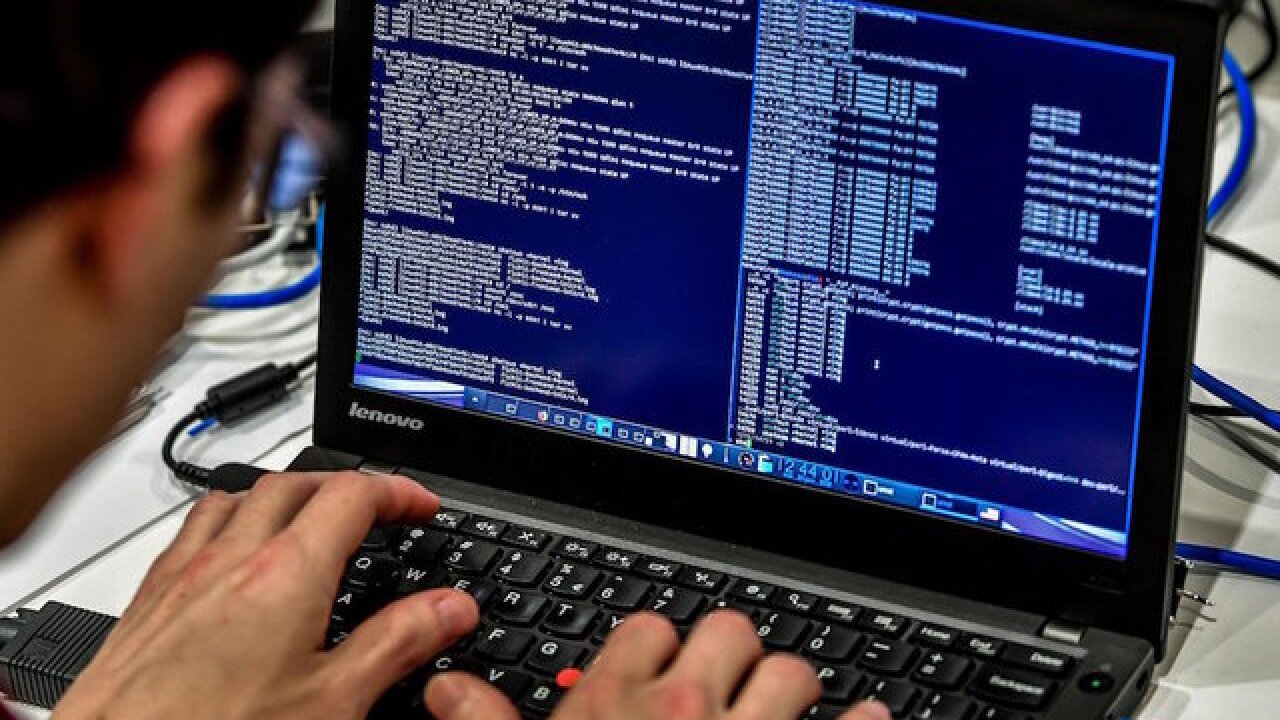 Image copyright 2018 Getty Images. All rights reserved. This material may not be published, broadcast, rewritten, or redistributed.
Philippe Huguen/Getty Images
<p>Authorities across four countries are trying to learn who sent dozens of email bomb threats Thursday afternoon, causing anxiety and business disruptions but no reported violence.</p>

Authorities across four countries are trying to learn who sent dozens of email bomb threats Thursday afternoon, causing anxiety and business disruptions but no reported violence.

Threats were reported across the United States, Canada, Australia and New Zealand.

Universities, courthouses and newspapers received them. It was unknown if the threats were identical.

Local police in dozens of cities and counties got involved. So did the FBI and the Bureau of Alcohol, Tobacco, Firearms and Explosives.

Recipients were reported to have received an email saying that there was a hidden bomb that would detonate unless the sender received a bitcoin ransom. It's unclear whether everyone who got a threat Thursday received the same email.

An email demanding $20,000 via bitcoin was forwarded Thursday to CNN affiliate KOCO-TV in Oklahoma City by a viewer who received it at her business.

The Cedar Rapids Police Department "has found NO CREDIBLE EVIDENCE that these emails are authentic. It appears to be a robo-email that has been sent throughout the area hoping to scam businesses out of money. We have also received information that businesses in surrounding counties may have also received this email," the agency posted.

CNN is not disclosing the name of the sender or specifics of the bitcoin account.

It is unclear whether Thursday's threats could be related to a series of hoax bomb threats sent since late August via an online messaging service to recipients in multiple states.

In a warning reviewed by CNN, the FBI recently shared information with law enforcement authorities nationally about the prior emails sent through an email service called "Guerilla Mail" that masks the identities of senders.

The bulletin indicated the FBI has not identified any real or hoax devices at the threatened locations, suggesting law enforcement deemed at least some of the threats credible enough to conduct searches.

Some threats Thursday led to school lockdowns or disrupted business and other activities. In the Iowa city of Des Moines, hundreds of children were evacuated from the Science Center of Iowa on Thursday afternoon because of a threat there, CNN affiliate KCCI reported .

"Whenever something like this happens, we have to treat it like it's real," the center's Emilee Richardson told KCCI.

In Oklahoma City, accountant Douglas Holsted told CNN affiliate KOKH he called police when his office received an email threat. He, like others, said the email demanded $20,000 in bitcoin by the end of the day. Police searched but found nothing in the building.

"I've never seen (an email) that said, 'I planted a bomb in your building, I'm going to blow it up if you don't pay me.' That part surprised me," Holsted said.

In Seattle, the University of Washington noted in a campuswide alert that the FBI had "advised that the email is not a credible threat."

The university concluded sweeps of buildings that might have been affected.

The Thurston County Courthouse in Olympia, Washington, and the Park Record newspaper in Park City, Utah, also received similarly threatening emails. People were evacuated but eventually were allowed back inside, according to tweets on verified Twitter accounts.

In California, the Riverside Sheriff's Office had "an influx of email threats" and is taking them seriously, although no threat has been substantiated.

The San Francisco Police Department responded to reports of bomb threats at locations throughout the city.

Pennsylvania State Police are "investigating some bomb threats in the eastern part of the state," a department spokesman fold CNN.

"Penn State University Police, in conjunction with the Federal Bureau of Investigation, is investigating a message received by individuals in multiple locations on campus and across the state," the university said in a statement. "Police say this does not appear to be a legitimate threat, however, an investigation is ongoing."

University police later said the threat appears to be a hoax.

The Chicago Police Department by Thursday afternoon was investigating threats at 36 locations, with "no reports of any injured people, any suspicious objects or any evacuations," police spokesman Anthony Guglielmi tweeted.

"#ChicagoPolice are working with federal partners on the investigation, and at this time there is no elevated threat level for the city of Chicago," he tweeted.

Dozens more threats continued to come in across the country later into the day, authorities reported.

The FBI has acknowledged threats across Canada, with multiple emails in Vancouver, Ottawa and Toronto.

"We encourage Canadians to follow the direction of local law enforcement and to report anything suspicious to them," said Scott Bardsley, senior advisor for communications for the Office of the Minister of Public Safety and Emergency Preparedness. "Swatting incidents are serious crimes and will be investigated by police."

New Zealand authorities are aware of three similar incidents of threatening emails demanding ransoms of bitcoin, according to a New Zealand police spokesperson.

"Under no circumstances should individuals respond to such emails, or transfer any money or bitcoins," an ACSC spokesperson said. "As a precaution, state policing agencies are treating these emails as a legitimate threat until confirmed otherwise. If individuals receive the email, we encourage them to report the matter to their local police service."

Although the threats are not believed to be credible, law enforcement is still watching the matter closely.

The SEOC said the FBI Joint Terrorism Task Force is the lead agency in the joint effort. The FBI is reporting that the emails have appeared in more than 25 states, according to the SEOC's statement.

And in San Francisco, Officer Michael Andraychak told reporters that all threats are being investigated and bomb-sniffing dogs have been utilized.

"We take all threats of bombs and destructive devices very, very seriously and investigate them thoroughly," Andraychak said.

Nearly 20 emails were sent to businesses across the city, Andraychak said, and the Jewish Community Center self-evacuated in response to threats on its block.

"As always, we encourage the public to remain vigilant and to promptly report suspicious activities which could represent a threat to public safety," the FBI said.