Bayer to stop selling Essure birth control device in US 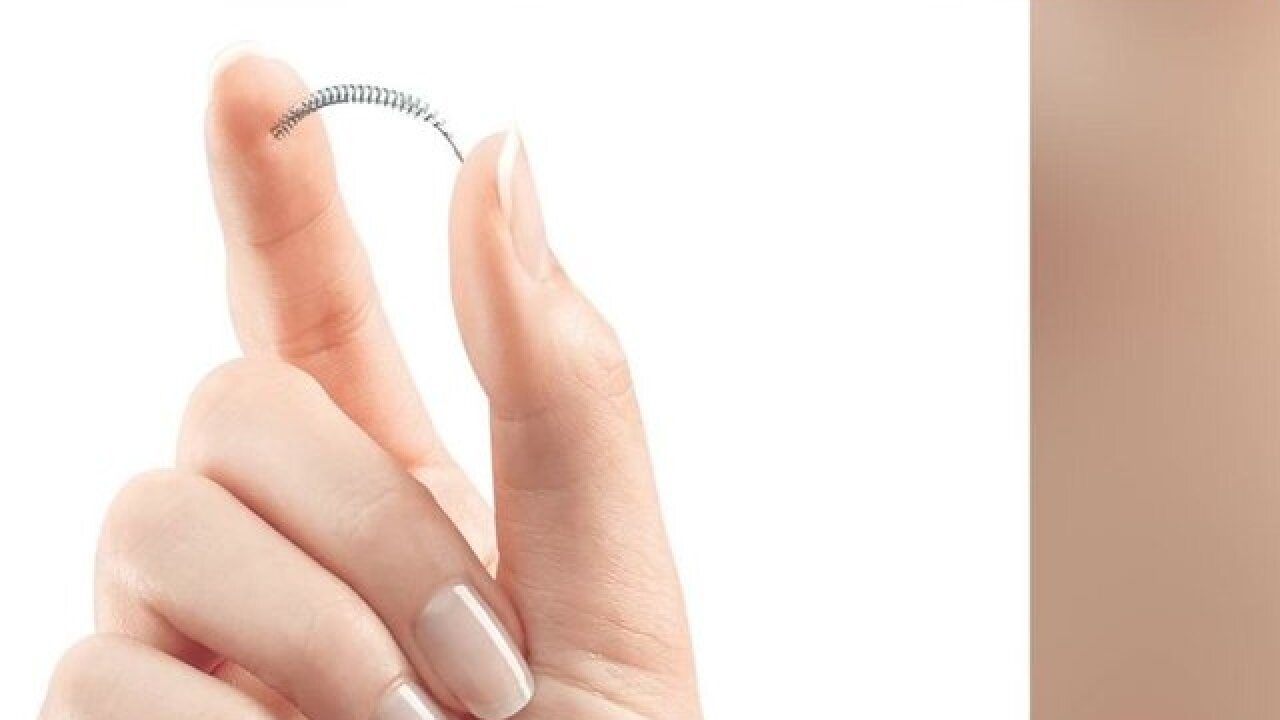 © 2018 Cable News Network, Inc.
Bayer
<p>The company will cease the distribution of their Essure birth control at the end of the year.</p>

Bayer will no longer distribute or sell the Essure permanent birth control device in the United States after December 31, the company said Friday.

Essure, the only non-surgical permanent form of birth control for women marketed in the US, is inserted into the fallopian tubes, where scar tissue forms and builds a barrier to block sperm from reaching -- and fertilizing -- a woman's eggs.

The company's decision follows the US Food and Drug Administration's patient safety action in April, when it ordered that sales and distribution of Essure be restricted, FDA Commissioner Dr. Scott Gottlieb said Friday after the Bayer announcement.

"The device has been associated with serious risks including persistent pain, perforation of the uterus and fallopian tubes, and migration of the coils into the pelvis or abdomen," according to Gottlieb.

The FDA's April action was a "unique type of restriction" in which it imposed additional requirements "to provide a reasonable assurance of the device's safety and effectiveness," Gottlieb said.

Dr. Yesmean Wahdan, an obstetrician/gynecologist at Bayer US Medical Affairs, Women's Healthcare, said in a video statement Friday that the company "made a business decision to discontinue sales and distribution because of a decline in sales."

Courtney Mallon, a spokeswoman for Bayer, said the "voluntary discontinuation" is not indicative of safety issues and that the company is "working closely with the FDA and have planned a slow wind-down process to ensure patients and providers are appropriately supported."

Bayer reiterated Friday that "The benefit-risk profile of Essure has not changed, and we continue to stand behind the product's safety and efficacy, which are demonstrated by an extensive body of research, undertaken by Bayer and independent medical researchers, involving more than 200,000 women over the past two decades."

The news was welcomed by women who have advocated against the device.

"Seven long years of fighting to get Essure removed from the United States market has finally paid off," said Angie Firmalino, who formed a Facebook group in 2011 called Essure Problems and sparked a grass-roots movement of women advocating against the device.

The FDA estimates that Essure has been used by more than 750,000 patients worldwide since it was first approved by the agency on November 4, 2002. At the time, Essure was manufactured and marketed by Conceptus Inc., which Bayer acquired in June 2013.

Women who say they were harmed by Essure "have advocated for one another and on Capitol Hill to educate others about the safety of medical devices," said Madris Tomes, founder and CEO of Device Events. A self-described "data advocate," she analyzed public data on Essure and presented her findings to hospitals, patients and attorneys to help argue against the product.

Dr. Christopher M. Zahn, vice president of the American College of Obstetricians and Gynecologists, said in a statement Friday that the safety data on hysteroscopic sterilization, the fallopian tube procedure by which Essure works, "has not changed."

Firmalino told CNN that Friday's announcement about Essure "has brought us all to our knees in gratitude, relief and celebration."

Women "will not be harmed by this device anymore," she said. "We have won. We have finally won."