The best and worst US states for children 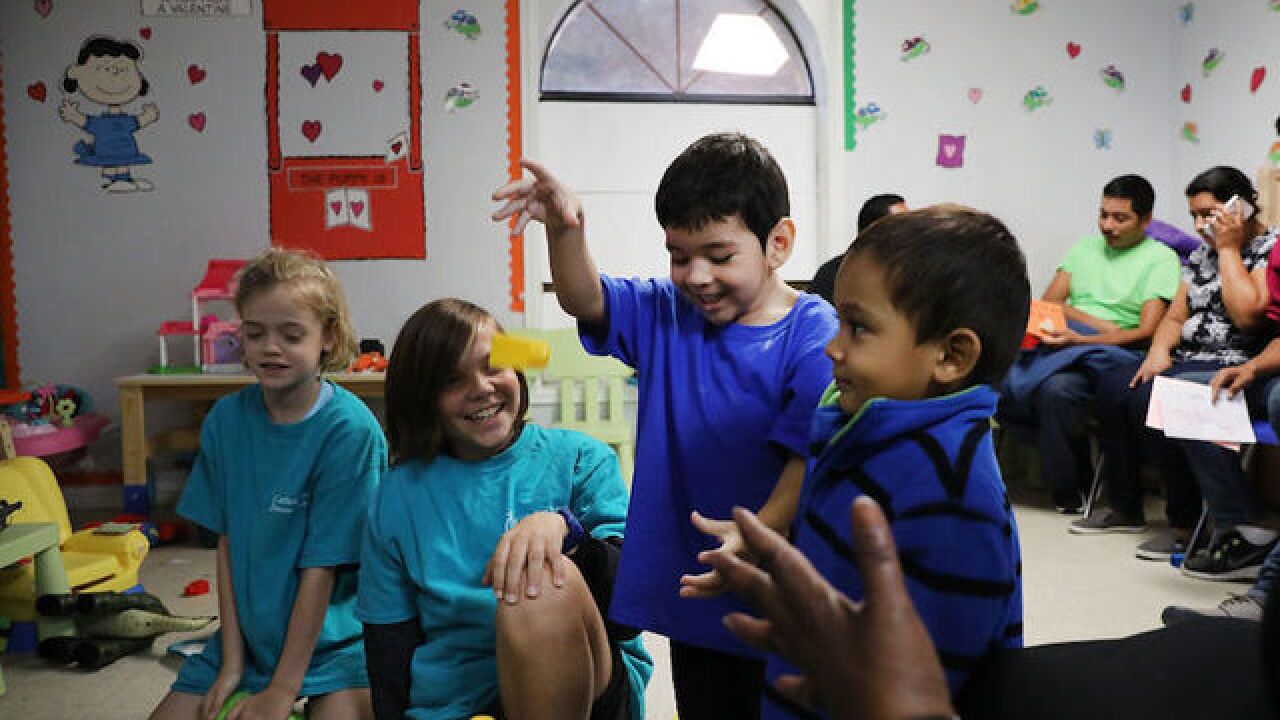 New Hampshire ranks highest and New Mexico lowest for overall child well-being in the United States, according to a report published Wednesday by the Annie E. Casey Foundation, a nonprofit group focused on improving the well-being of American children .

The report, called Kids Count, measured child well-being for all 50 states by combining 2016 data within the domains of economic well-being, education, health, and family and community. Data from 2016 are the most recent available for every state.

Within those four domains, there are a total of 16 measures , such as death rate, alcohol and drug use, and poverty.

"Our measures are not just about the well-being of children in the moment of childhood but also measures that the research shows are connected to success in adulthood," said Laura Speer, co-director of the report and associate director of policy reform and advocacy for the Annie E. Casey Foundation in Baltimore.

"We wanted to capture, as much as we could, the range of factors that impact a child's life -- not just what happens in school, not just what's happening in the economy -- all of these things have an impact on children's lives," she said.

All data were collected in the same way for every state and were pulled for the report by the Population Reference Bureau, Speer said. Next, rankings were completed within each individual domain, "and then we do a ranking overall based on the 16 measures that are in the report."

The data in the latest showed distinct regional patterns in overall child well-being.

Five of the top-10 states for overall child well-being were in the Northeast, including Connecticut at seventh and Vermont at eighth. States in the Appalachian region and across the southern tier mostly populated the bottom of the rankings.

Yet by combining those factors within its measure of child well-being, the report offered a "holistic perspective" on childhood, said Lindsay Stark, an associate professor of population and family health at Columbia University's Mailman School of Public Health who was not involved in the researchers.

"Often, researchers and policy-makers may only look within one of these domains -- such as health or education -- to draw conclusions about child well-being or to set policy," Stark said.

"By considering a composite of domains and looking across multiple areas of well-being, policy makers are more likely to develop appropriate and effective policies for children, including funding allocations," she said. "While the report does not offer a comparison of state policies, it is likely that local policies may help explain some of these differences."

The report also showed that on nearly all index measures, black, American Indian and Latino children appeared to be disadvantaged compared with their peers, the data showed.

So "the data also help reveal larger structural disparities, highlighting how African-American and Latino children continue to be systematically disadvantaged in many communities," Stark said.

There were a few notable exceptions in these differences by race. For instance, black children were more likely than the national average to be in school as young children and to live in families in which the head of the household has a high school diploma.

Limitations of the report included that the data were two years old and that there are many more factors that affect well-being than the 16 included in the report.

"There are things that we know have an impact on children's health and on their well-being that we're not able to measure, we're not able to include, because there's not good comparable data collected in all the states," Speer said.

"Obesity rates is something that we know is having a negative impact on kids' health, but there's just not good data available on it. Another is the impact of the justice system on kids," she said.

Another important omission was child maltreatment data, said Johanna Greeson, an associate professor at the University of Pennsylvania and a faculty director of The Field Center for Children's Policy, Practice, and Research, who was not involved in the report.

"What is the rate of child abuse and neglect for each state? We have a national system that tracks these data, so I wonder why they are not included," Greeson said.

'It's a call to action for us as a nation'

All in all, Greeson said, she applauds the comprehensive view of child well-being provided in the report, as well as the new insights into state-by-state differences.

"I believe one of the biggest impacts on the state-by-state differences in child well-being are structural and environmental factors, for example, families not having access to programs that reduce barriers to achieving child well-being," Greeson said.

"A good example is lack of access to programs that reduce barriers to children and youth receiving a quality education," she said. "States need to understand the structural and environmental factors contributing to the Kids Count data and make investments in these areas."

The report pointed out how proposed changes and underfunding for the 2020 Census could result in an undercount of children. As the 2020 Census data will determine how much federal funding states and localities receive each year for the next decade, the report called for a reconsideration of certain proposed changes, including that the census will be the first conducted mostly online and will include a citizenship question. Such changes could exclude certain communities, such as communities of color.

The report was a reminder that we live in a nation of important disparities, said Dr. Margaret Moon, associate professor of pediatrics at the Johns Hopkins University School of Medicine and chief medical officer at Johns Hopkins Children's Center, who was not involved in the research.

"Children are not born into the same potential opportunity everywhere in the country. It's a call to action for us as a nation to think about the well-being of children everywhere," Moon said.

"If you look at the data, you can look at poverty as a huge issue in this country and in addition to poverty, educational opportunities for children and also their families," she said. "I hope that these reports help us to see ourselves as a nation and not as 50 states but as a nation of children who deserve our focus and our attention and our support."