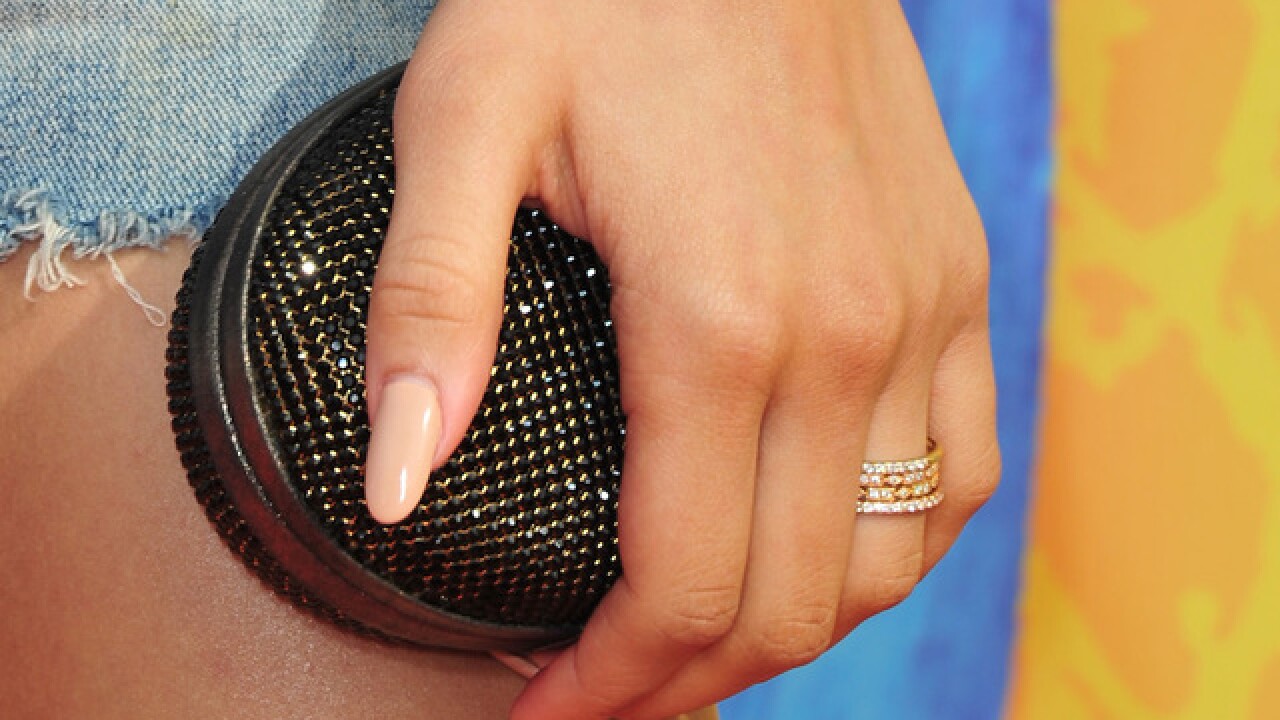 Editor's note: Kelly Wallace is CNN's digital correspondent and editor-at-large covering family, career and life. Read her other columns and follow her reports at CNN Parents and on Twitter @kellywallacetv.

(CNN) -- Sharon Choksi, a mom of two and an entrepreneur, grew so frustrated with the clothing options offered for girls that she co-founded a business, Girls Will Be, which provides empowering shirts and shorts so girls can live their active lives and still feel good about what they wear.

The business was inspired, in part, by her soon-to-be-12-year-old daughter, who could never find anything she wanted to wear in the girls' department.

But what Choksi has come to realize is that the problem is more than just what kind of clothes girls are being offered. It's also the fit of the clothes, she said. And if you have shopped with or for young girls recently, you know what she means.

"You have teeny-tiny cap sleeves. You have very fitted shirts that you find more in the women's department ... and then the shorts is where perhaps most parents gasp as they walk into some of these stores," Choksi said. She said shorts for girls in elementary school have 1- to 3-inch inseams, a dramatic contrast to boys' shorts, which can go down to the knee or even farther.

"I think it's one thing that the girls' clothes are very fitted and small, and it's another that they're in such direct contrast to what you find on the boys' side, and those two things send a pretty strong message about what they're supposed to look like, dressed to be slim and to be fit," she said.

That messaging comes at a time when kids are starting to develop concerns about body image at younger ages than ever before. According to a report by Common Sense Media, more than half of girls as young as 6 to 8 think their ideal weight is thinner than their current size.

By age 7, one in four kids has engaged in some kind of dieting behavior, according to the report, a compilation of the existing research on how kids and teens feel about their bodies.

No one would argue that there is not a focus on thinness in today's culture. Women and young girls see it on the television shows they watch, in the magazines they read and all across social media. And now, Choksi argues, girls as young as elementary school age are getting that message about the need to be thin based on the clothing that is offered to them.

"Clothes shouldn't need to be another place where they are receiving that message and putting additional pressure on them," she said.

Self-consciousness goes up with the more skin you are baring and the more shape you are showing, said Rachel Simmons, an expert in girls empowerment, bestselling author and scholar in residence at The Hewitt School in New York.

"You can't help but wonder, because your body is simply more exposed. Your body becomes an object that others can have access to, and we know that self-objectification, which is the psychological term for it, begins really early ... and is basically when girls start to monitor their own bodies and appearance, sort of through the eyes of the culture, so there's a sense of 'Do I look fat? Am I fat?' "

When girls are doing that, they are reducing their own value to their appearance, said Simmons, whose books include "The Curse of the Good Girl: Raising Authentic Girls with Courage and Confidence."

And we know that self-objectification is linked to behaviors such as disordered eating and body shame, she added.

To bring attention to the problem, Choksi banded together with Courtney Hartman, founder of Free to Be Kids, which offers gender-neutral clothing for boys and girls.

"It's really easy to veer into the territory of being very puritanical about this, but what really hits home with me (is), OK, if all of your options are really fitted, then that tells you that you have to show your body all the time, that everyone has to be able to see the shape of your body all the time," said Hartman, a mom of two, ages 3 and 5.

"And I can see how that lends itself to self-esteem issues or just like self-consciousness issues because you don't have the option to not always have your whole body be very visible," she said.

To illuminate the issue, Choksi measured shirts and shorts from 10 mainstream brands providing clothing for children. She compared a girls' size 6 with a boys' size 6 and did the same for size 10.

"What you find is across all of those companies, the shirts are 1 to 3 inches slimmer for a girl in every single brand, and when you talk about the shorts, the shorts are literally one-third the length of the boys' shorts," Choksi said. "It's one thing for us to say, 'Oh, they're smaller,' but when you actually see the numbers, I think it really drives home the message."

Depending on the size, girls' shorts can be 4 to 8 inches shorter than the same size boys' clothing, Choksi found.

She says that a time when a lot of work is being done to empower girls and give them more positive messaging in the toys they play with, the movies they watch and the books they read, clothing still seems to be lagging behind.

"Nobody is really addressing the fit of the clothes and the messages that sends to the girls," she said.

Over the past 15 years, there's been an increasing representation of girls in highly sexualized ways, whether it's what they are wearing or what they are doing, said Simmons, co-founder of the national nonprofit Girls Leadership, which focuses on girls in grades K-12.

"And so that has an effect of normalizing sexual appearance, a sexual behavior for younger and younger girls," she said. "It starts out in the media. Suddenly, this seems more normal. Marketers market to older girls, and younger girls start to mimic it, and I do think a lot of it is a desensitization. It becomes so normalized as to be unremarkable."

Girls Will Be, from the time the company launched in 2013, has always offered girls a fit that is somewhere "in the middle," not the skinny fit that you might find in the girls' departments at major retailers and not the big boxy style in the boys' section.

"If you compare (our shirts) against what you find in a typical girls' or boys' department, our shirts are literally in the middle," Choksi said.

Free to Be Kids offers girls a choice between unisex tees, with plenty of room, or slimmer versions.

Both women, who have been advocating for gender-neutral clothing for years, are seeing signs that some retailers are finally getting the message.

"I feel like collectively, those of us who are doing this have definitely influenced bigger brands because they can see that we've got traction in this marketplace and they can see that people care, and I think that's part of what has led to a lot of the bigger brands starting to dip their toe in the water and come up with some offerings that are not as overtly gendered as they used to be," Hartman said.

Gap is reportedly promising more gender-neutral clothing, after a 5-year-old girl who likes to wear boys' stuff asked for more options through an op-ed written by her mother. Target's Cat and Jack line has been directly inspired by focus groups of kids who told executives what they want to wear. Children's Place now regularly offers T-shirts with positive messages about girls.

Brands have to come to realize that they have a responsibility to children and that clothing is not exempt from these considerations, said Simmons, whose other books include "Odd Girl Out: The Hidden Culture of Aggression in Girls."

"I think when brands choose to understand that clothing, that what they sell to kids, has a direct impact on their identity, development, self-confidence and even the way they are treated by their peers, we might see something different happening," Simmons said.

While "gender-neutral" is gaining traction, fit remains the same. Choksi and Hartman hope their message gets to brands, parents and young girls themselves.

"I think it's a message to girls that they should dress however they feel comfortable and that doesn't make them less feminine," said Hartman. "If they don't want to wear a fitted shirt, it shouldn't mean that they can't get something feminine designed on them. They should have an option to wear things ... in the way they want to express their girliness."

Choksi wholeheartedly agrees and thinks about all the girls and their parents, she said, whose "eyes light up" when they find somebody who makes the kind of clothes they want. These are the girls who don't like what they are finding in the girls' departments and don't want to shop in the boys' sections, either.

"I just think it's so important for those girls to feel validated and feel like, 'Yes, I am who I am, and that's a perfectly acceptable way to be a girl. That's a great way to be a girl. I don't have to dress like all the girls' clothes I see in the store.' "