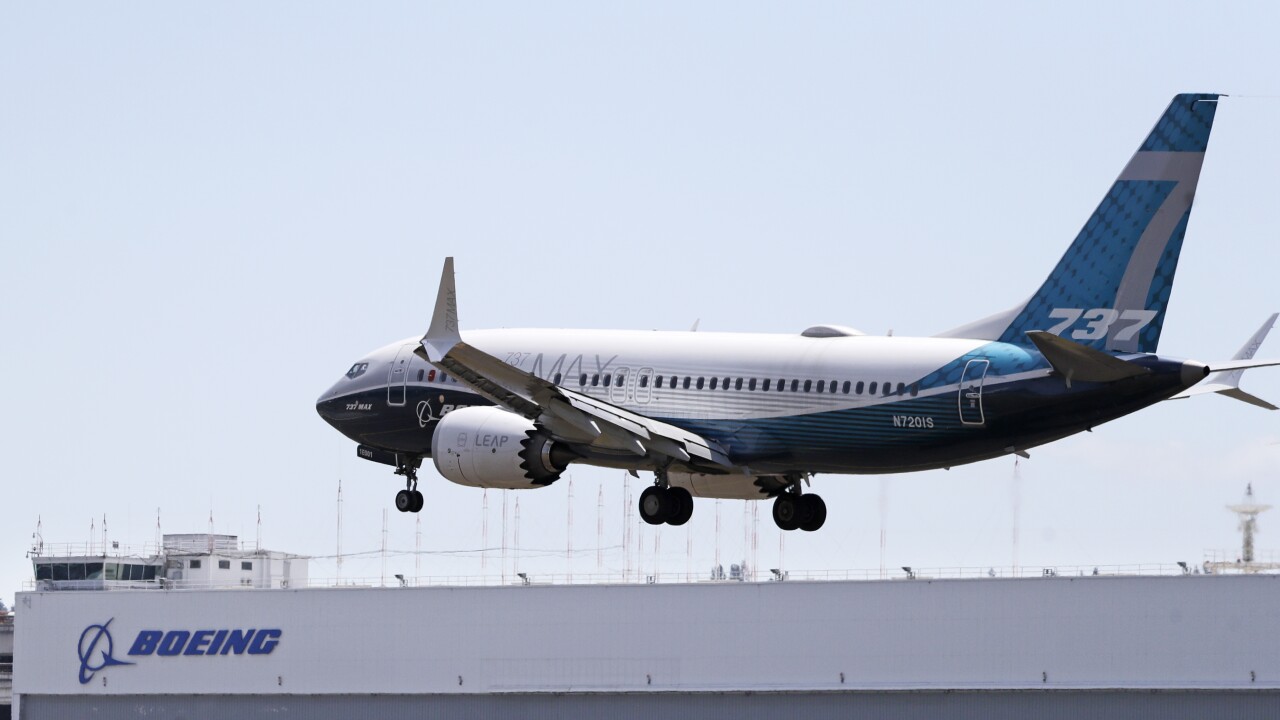 Copyright 2020 The Associated Press. All rights reserved
Elaine Thompson/AP
A Boeing 737 MAX jet heads to a landing at Boeing Field following a test flight Monday, June 29, 2020, in Seattle. The jet took off from the airport earlier in the day, the start of three days of re-certification test flights that mark a step toward returning the aircraft to passenger service. The Federal Aviation Administration test flights over the next three days will evaluate Boeing's proposed changes to the automated flight control system on the MAX, a system that activated erroneously on two flights that crashed, killing 346 people. (AP Photo/Elaine Thompson)

A House committee issued a scathing report Wednesday questioning whether Boeing and government regulators have recognized problems that caused two deadly 737 Max jet crashes and whether either will be willing to make significant changes to fix them.

Staff members from the Transportation Committee blamed the crashes that killed 346 people on the "horrific culmination" of failed government oversight, design flaws and a lack of action at Boeing despite knowing about problems.

The committee said the Max complied with FAA safety regulations even though the planes crashed in Indonesia and Ethiopia.

Members say this shows a need for reforms. Boeing says it's made changes and it cooperated with House investigators. A message was left seeking comment from the FAA.