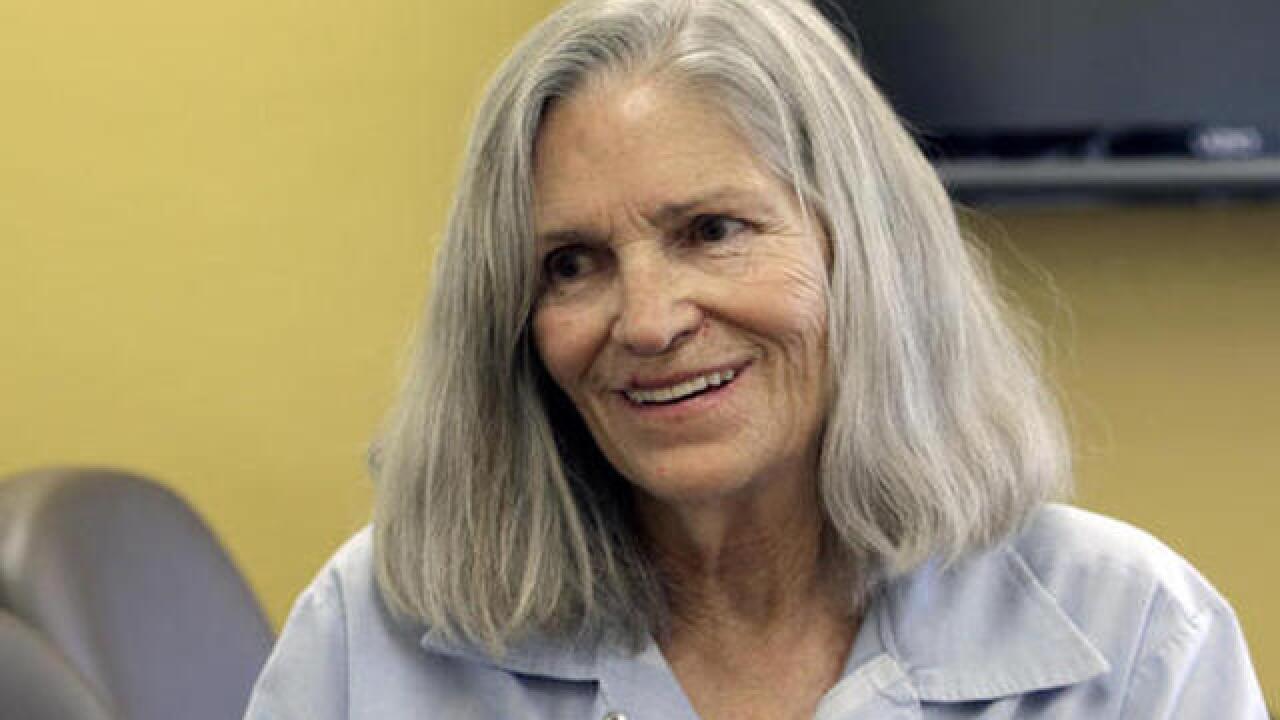 Copyright Associated Press
Nick Ut
<p>FILE - In this April 14, 2016 file photo, former Charles Manson follower Leslie Van Houten confers with her attorney Rich Pfeiffer, not shown, during a break from her hearing before the California Board of Parole Hearings at the California Institution for Women in Chino, Calif.  (AP Photo/Nick Ut)</p>

Brown overturned a parole board's recommendation in April that she be freed, saying Van Houten failed to explain how she transformed from an upstanding teen to a killer.

"Both her role in these extraordinarily brutal crimes and her inability to explain her willing participation in such horrific violence cannot be overlooked and lead me to believe she remains an unacceptable risk to society of released," Brown wrote.

Van Houten, 66, participated in the killings of Leno La Bianca and his wife, Rosemary, a day after other so-called "Manson family" members murdered pregnant actress Sharon Tate and four others in 1969. Van Houten did not participate in the Tate killings.

Family member Bruce Davis, who was not involved in those killings, also was recommended for parole, but it was blocked by the governor.

At 19, Van Houten was the youngest Manson follower to take part in the killings after she joined the cult in the 1960s.

The murders were the start of what Manson believed was a coming race war that he dubbed "Helter Skelter" after a Beatles song. Manson had his followers prepare to fight and learn to can food so they could go underground and live in a hole in the desert, Van Houten told the panel.

At her parole hearing, Van Houten described how she helped secure a pillow over the head of Rosemary La Bianca with a lamp cord and held her down while another member of the Manson family began stabbing the woman in her home.

Van Houten said she had looked off into the distance until another Manson follower told her to do something and she joined in the stabbing.

"I don't let myself off the hook. I don't find parts in any of this that makes me feel the slightest bit good about myself," she told the panel.

The La Biancas were stabbed numerous times and the word "WAR" was carved on the stomach of Leno La Bianca.

Manson, 81, and other followers involved in the killings are still jailed. Patricia Krenwinkel and Charles "Tex" Watson have each been denied parole multiple times, while fellow defendant Susan Atkins died in prison in 2009.