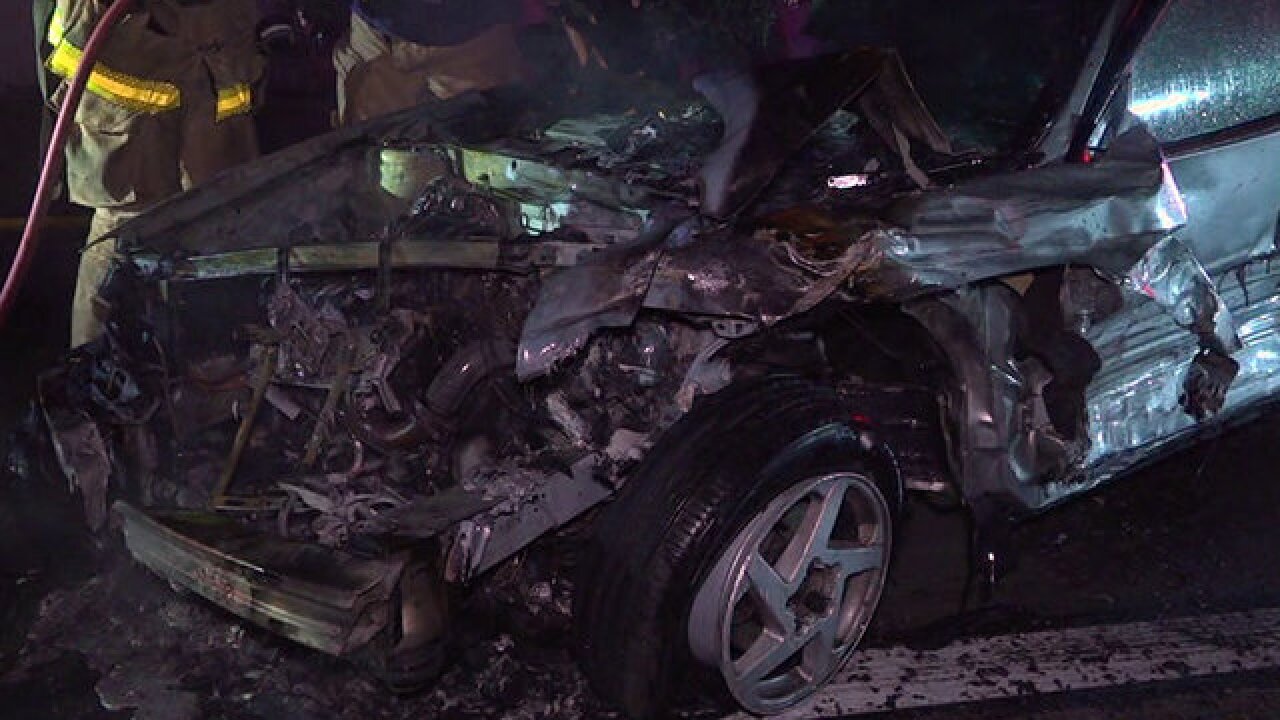 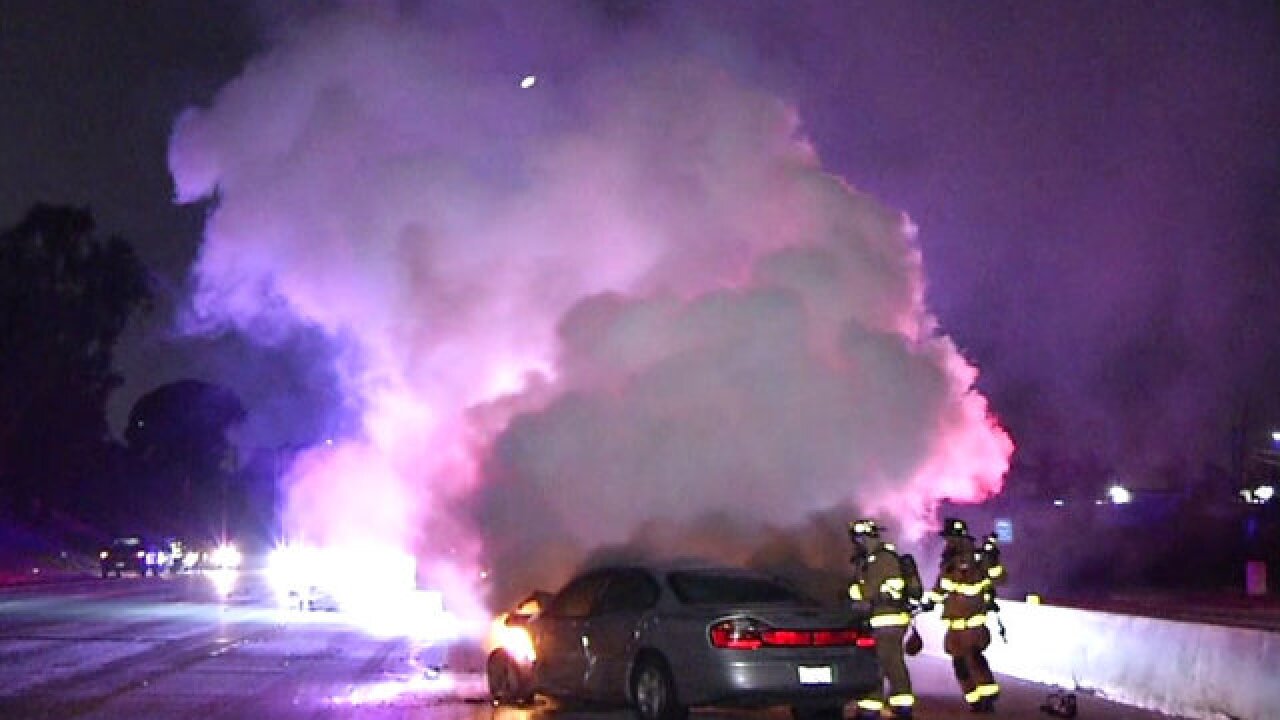 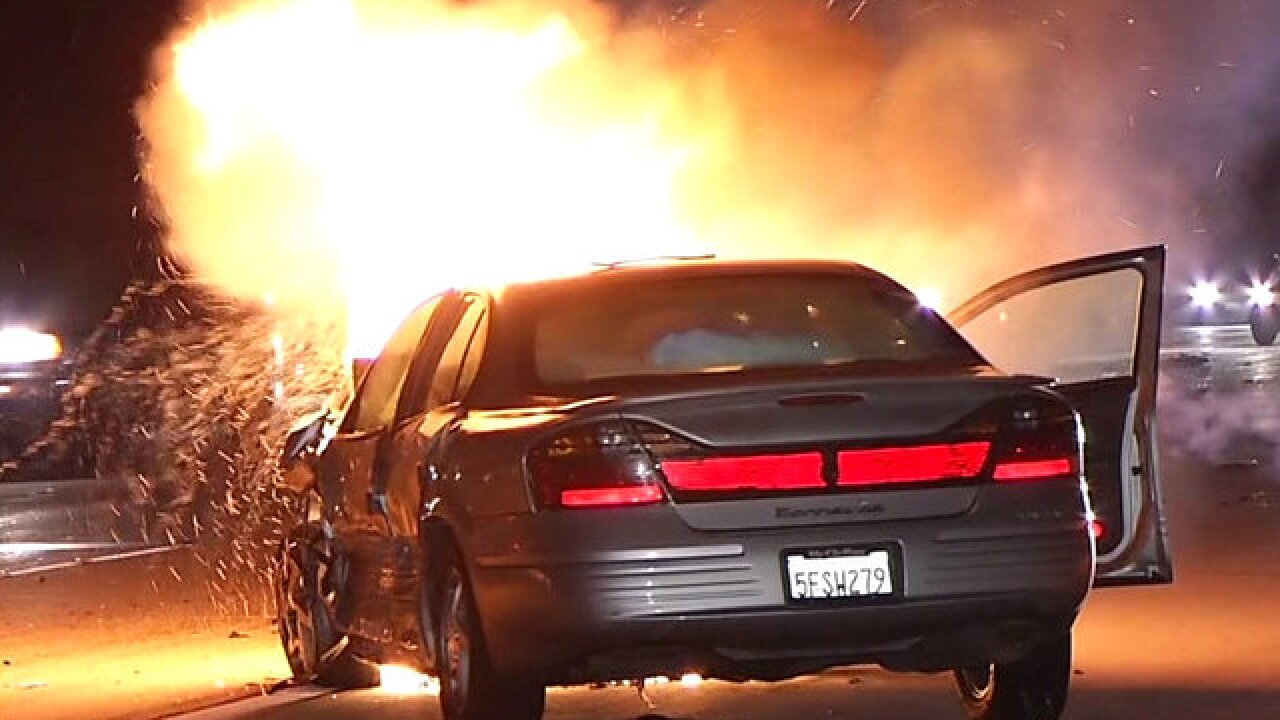 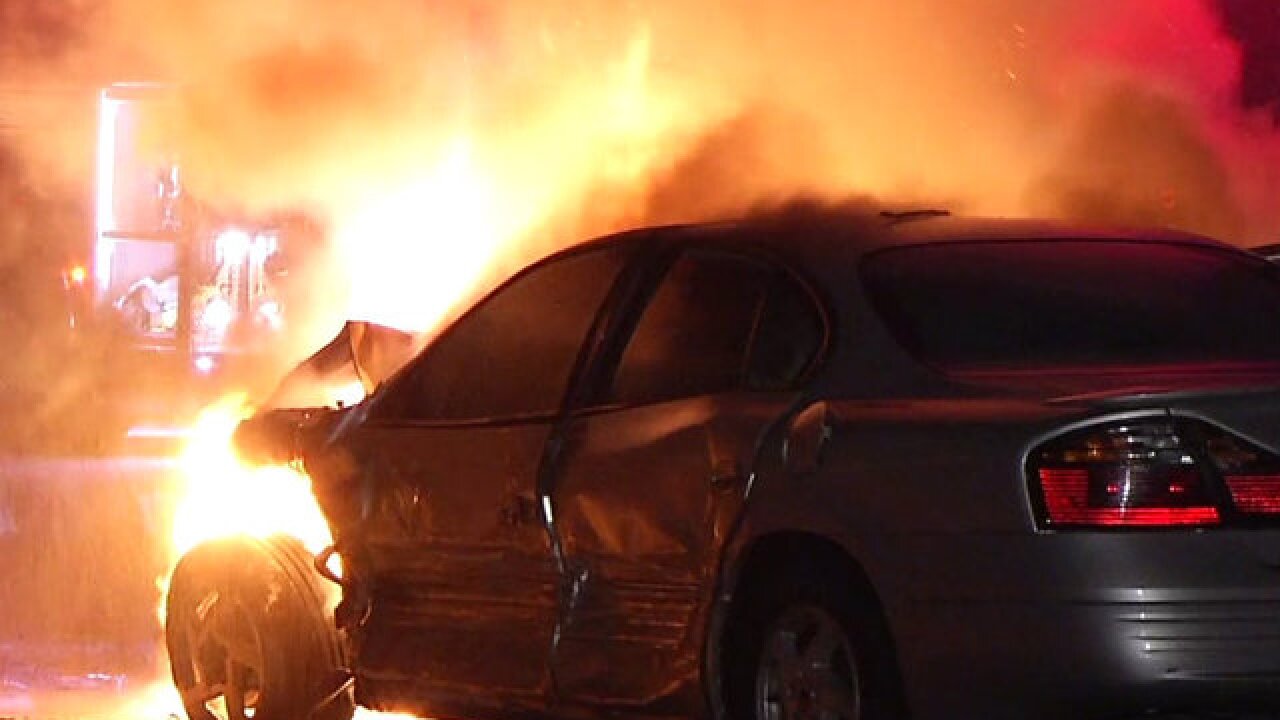 CHULA VISTA, Calif. - A car burst into flames during a series of crashes late Tuesday night on Interstate 805 in Chula Vista, California.

At about 11:15 p.m., a Toyota Camry stalled in the middle lanes of southbound I-805 just north of Orange Avenue. When the driver opened her door, it caused other cars to swerve out of the way to avoid hitting it.

One car spun out and crashed, with a pickup truck then crashing into that car. A short time later, another car crashed into the wreckage and burst into flames.

One driver was taken to the hospital with minor injuries. Several other drivers and passengers were evaluated by paramedics at the scene and appeared to be OK.

The multi-vehicle wreck shut down lanes for several hours.