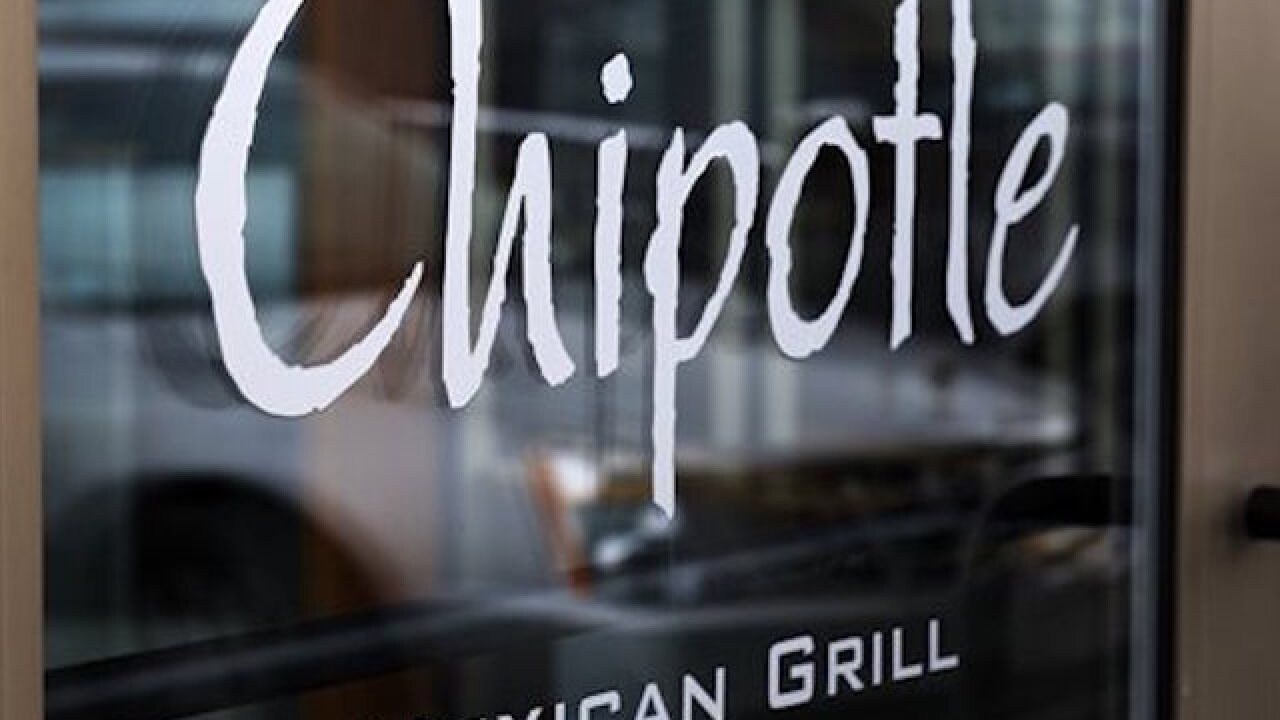 Gene J. Puskar
<p>FILE - This Tuesday, Jan. 28, 2014, file photo, shows the door at a Chipotle Mexican Grill in Robinson Township, Pa. Chipotle says it is tightening its food safety standards after its restaurants were linked to dozens of cases of E. coli. The Mexican food chain says it hired IEH Laboratories in Seattle to help improve its system after reports in late October 2015 that linked E. coli cases to its restaurants in Oregon and Washington. Since then, additional cases have been reported in California, Minnesota New York, and Ohio. (AP Photo/Gene J. Puskar, File)</p>

Despite months of promotions, and clean health reports, Chipotle's business is still down 20 percent from before its health scare last year.

The fast food chain has offered coupons for free Burritos and launched a rewards program in recent months, in attempt to bring back customers scared away by reports of food borne illnesses.

So it now turning to a page often used by bars and even frat houses to bring people in: free beer.

Half-price, buy-one-ge-one specials
Chipotle is quietly launching Thursday evening happy hours in many of its Midwestern restaurants this month, according to reports in The Consumerist and Business Insider.

Chipotle  has not made it a national  promotion however, according to reports, and is limiting the offer to just 8 states, since it does not offer alcohol in all states or all restaurants.

Deals vary by state
In Ohio and Kansas, participating Chipotle stores will offer half price beer Thursdays from 4-8 pm in August and September, according to the reports.

In Kentucky, Wisconsin, Iowa, Missouri, and  Nebraska it is a BOGO deal, where you can get two margaritas or beers for the price of one.

Deals vary from location to location. So check your local store before you head out.

For instance, in Cincinnati, the downtown and University locations told us they are participating in the Thursday happy hour deals, though employees at the Hyde Park location knew nothing about it.

Chipotle is not offering the deal in other neighboring states, like Indiana, or at East Coast or West Coast locations, most of which do not have liquor licenses yet.

But if it is success, look for the promotion to expand. After all, who doesn't like free beer?

As always, don't waste your money.

Don't Waste Your Money is a registered trademark of the EW Scripps Co.