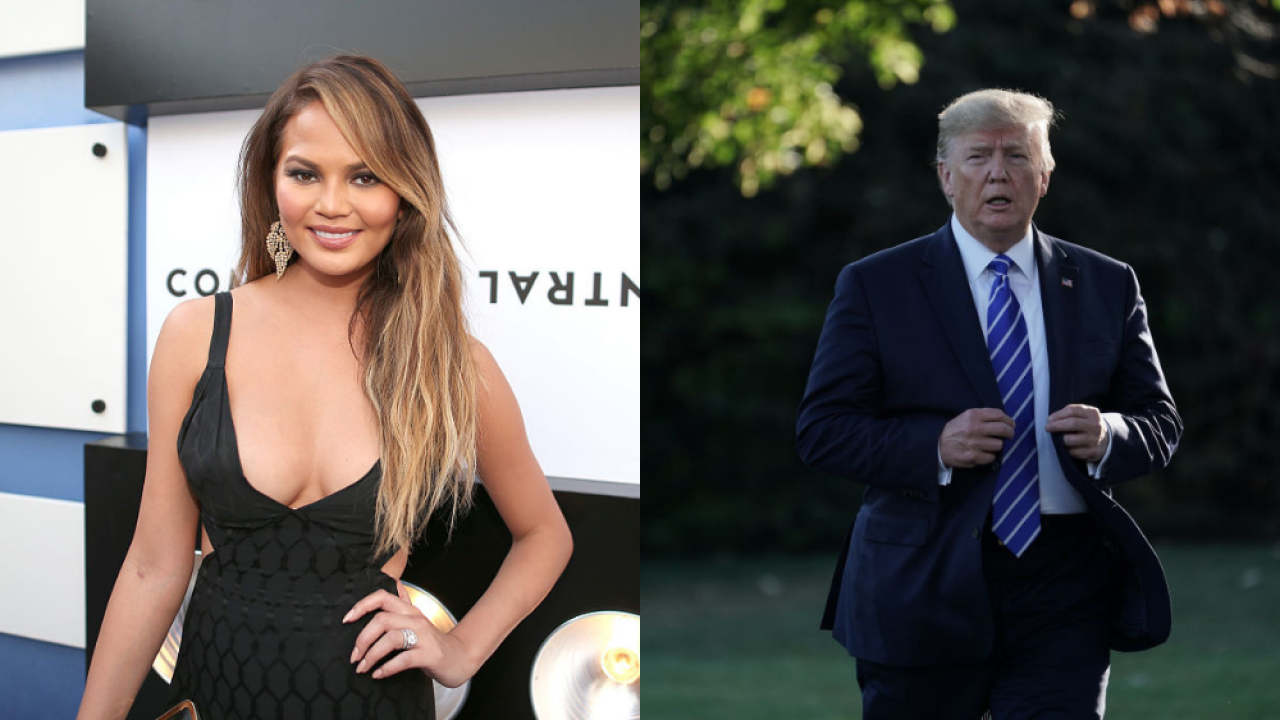 The Twitterverse lit up Monday morning over model Chrissy Teigen's response to an attack from President Donald Trump, an exchange that was heated even by the standards of his routine social media fights.

The spat began when the President, apparently venting about a town hall on criminal justice reform that aired on MSNBC Sunday night, tweeted that he and other Republicans should be getting more credit for signing the First Step Act into law.

The legislation, signed back in December, includes measures that allows thousands of federal inmates to leave prison earlier than they otherwise would have, eases some mandatory minimum sentences and gives judges more leeway in sentencing, among other things. It had support from lawmakers from both sides of the political aisle and received personal attention from Trump's son-in-law and senior White House adviser Jared Kushner.

"I SIGNED IT INTO LAW, no one else did, & Republicans deserve much credit. But now that it is passed, people that had virtually nothing to do with it are taking the praise," the President tweeted late Sunday night.

Then Trump went after singer and activist John Legend (who appeared in the MSNBC town hall) and his wife Teigen.

"Guys like boring musician @johnlegend, and his filthy mouthed wife, are talking now about how great it is - but I didn't see them around when we needed help getting it passed," the President wrote.

Teigen fired right back with a colorful insult of her own.

By Monday morning, Chrissy Teigen, #TeamChrissy and #filthymouthedwife were all trending on Twitter.

Legend criticized the President, too -- without the profanity -- by tweeting , "Imagine being president of a whole country and spending your Sunday night hate-watching MSNBC hoping somebody -- ANYBODY -- will praise you."

Anthony Scaramucci, Trump's former communications director who has now disavowed the President, on Monday called the spat between Trump and the celebrity couple "despicable."

"Have any of the other presidents in recent history -- modern history -- gone after their private citizens whether they're celebrities or not celebrities?" Scaramucci told CNN's Alisyn Camerota on "New Day." "(For) the last two and a half years this guy has acted like a bully, crazy person against his fellow citizens."