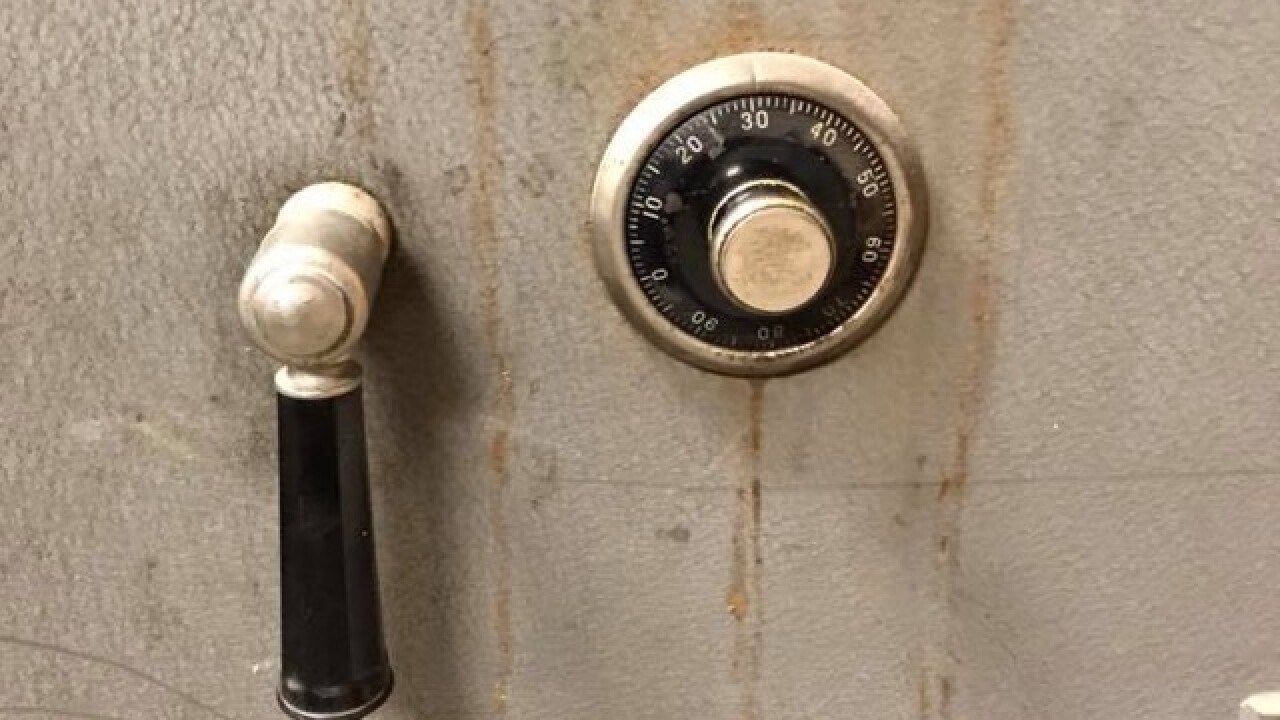 Copyright 2018 Scripps Media, Inc. All rights reserved. This material may not be published, broadcast, rewritten, or redistributed.
<p>A Mosler safe at the Hilton Cincinnati Netherland Plaza hasn't been opened in at least 30 years. (Photo provided)</p>

CINCINNATI -- Something's been locked up in a safe at the Hilton Netherland Plaza for decades now.

Or maybe nothing at all.

"We know that it hasn't been opened for close to 40 years," Jason Tyson, the hotel's general manager said.

The historic downtown Cincinnati hotel had a safecracker on the case Monday. Opening the long-locked safe should take about 18 hours.

Tyson, a self-described "hotel nerd," said even old cashier reports would be exciting to him, as they'd shed light on the Netherland Plaza's history.

"So who knows — it could be nothing. But it’s just a fun process to go through. A lot of the locals and the hotel staff are excited about this. It’s just something kind of fun," he said.

The safe, a model from the Mosler Safe Company, been around the Netherland Plaza and Carew Tower since the 1940s or 50s, according to the hotel. It's not clear precisely how long it's been tucked away in the corner of an accounting storage room.

"Mosler was one of the most reputable and popular safe companies of the 19th and 20th centuries and based in Hamilton, Ohio. We are unsure the last time it was opened though we know it’s been at least 30 years."

You won't be able to watch the event live, though: The safecracker apparently doesn't want to reveal his or her methods.

So check back and we'll let you know what they found.