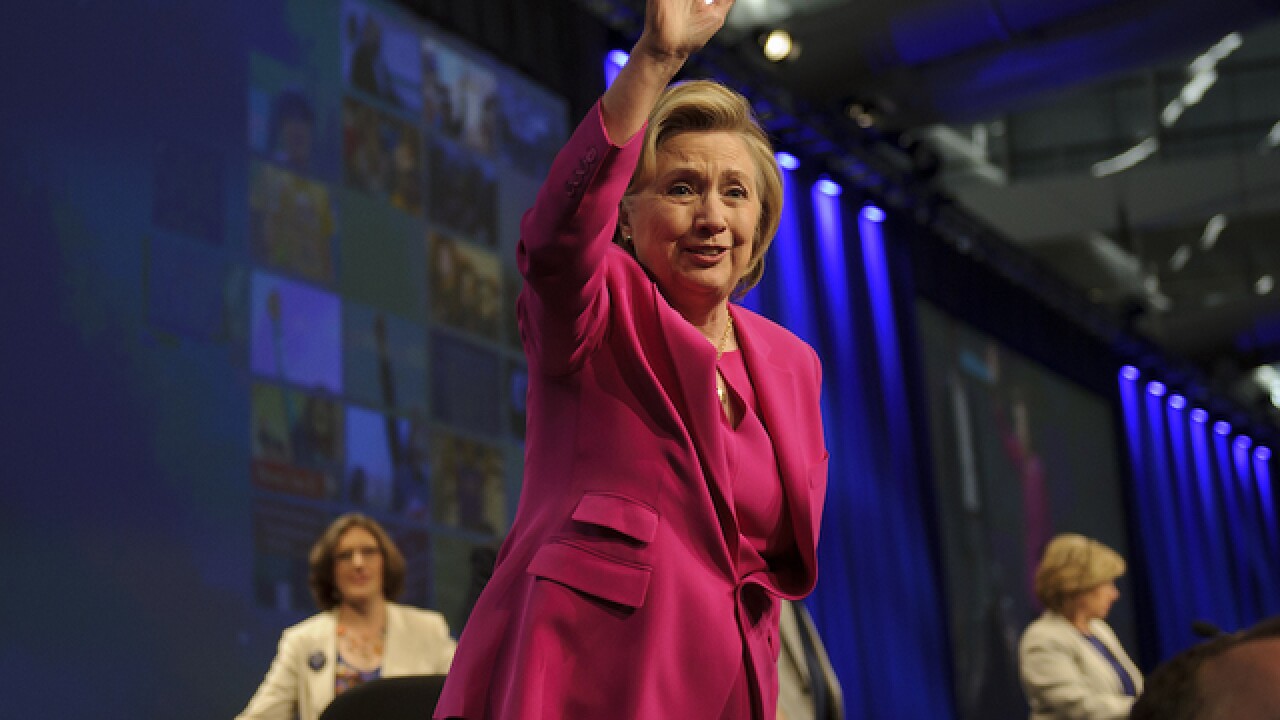 Image copyright 2018 Getty Images. All rights reserved. This material may not be published, broadcast, rewritten, or redistributed.
Jeff Swensen
<p>Former Secretary of State Hillary Clinton waves to the audience after speaking at the annual convention of the American Federation of Teachers Friday, July 13, 2018 at the David L. Lawrence Convention Center in Pittsburgh, Pennsylvania. </p>

Hillary Clinton took aim at President Donald Trump's much-anticipated meeting with Russian President Vladimir Putin on Monday, calling into question her former presidential campaign rival's loyalties just hours after he tweeted a congratulations to the hosts of the World Cup.

"Great World Cup. Question for President Trump as he meets Putin: Do you know which team you play for?" Clinton tweeted Sunday night.

Earlier Sunday, Trump tweeted out congratulations to the tournament's victors, France, as well as Putin and his countrymen for "putting on a truly great World Cup Tournament -- one of the best ever!"

Trump is set to meet with Putin in Helsinki, Finland, Monday morning for their first official summit.

The meeting comes just days after the Justice Department announced the indictments of 12 Russian military intelligence officials for allegedly engaging in a "sustained effort" to hack Democrats' emails and computer networks during the 2016 election campaign. Special counsel Robert Mueller is investigating possible links between Trump campaign associates and Russia as part of his probe into Moscow's attempts to interfere in the 2016 election.