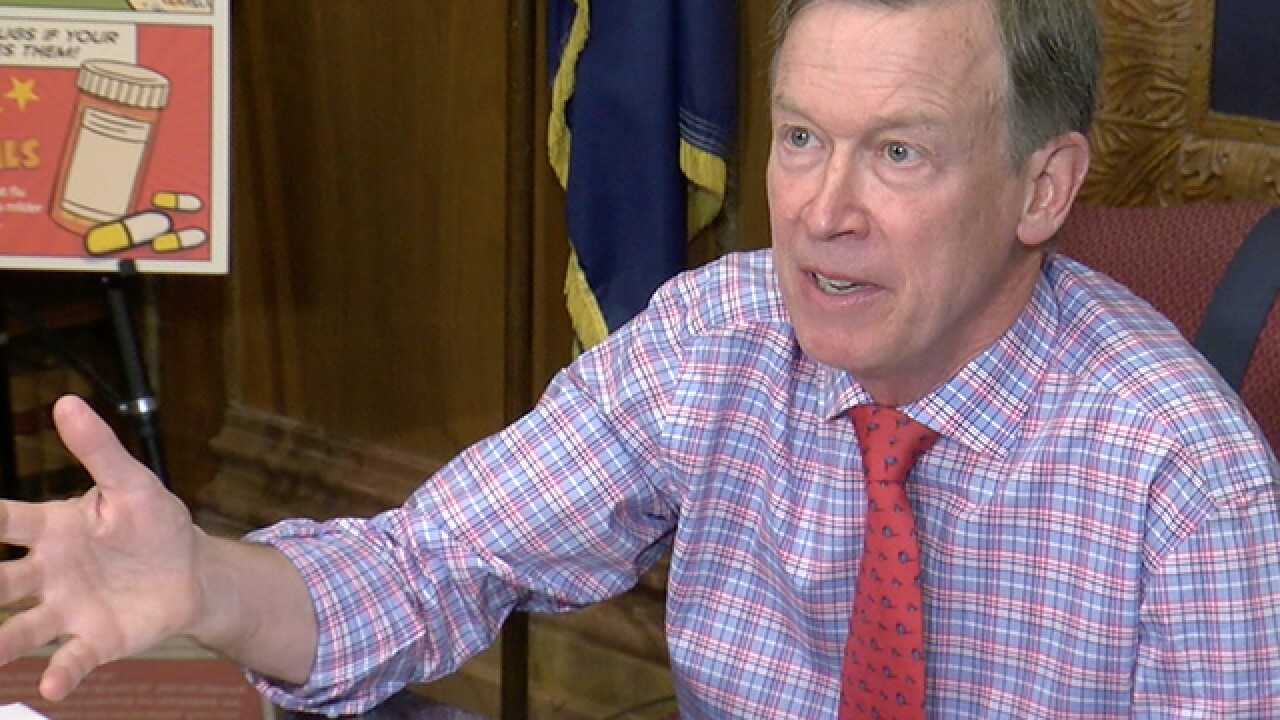 Copyright 2017 Scripps Media, Inc. All rights reserved. This material may not be published, broadcast, rewritten, or redistributed.
<p>Colorado Gov. John Hickenlooper spoke to reporters about the 2017 special session at a Friday morning media availability.</p>

DENVER – Colorado Gov. John Hickenlooper on Monday signed an executive order that aims to prevent state agencies from separating children from their parents over their immigration status.

The order is in response to the federal government’s “zero tolerance” policy in which children of people who enter the United States illegally have been held in separate detention centers. The policy has drawn widespread criticism from politicians on both sides of the political aisle but the Trump administration on Monday defended the policy .

Hickenlooper’s executive order states that no state agency can deny a person services or benefits to which he or she is legally entitled because of their immigration status, except as required under state or federal law. The order also bars any state agency from using any state resources to separate a child from his or parent(s) or legal guardian(s) solely because that person is an undocumented immigrant.

“The U.S. Department of Homeland Security’s policy and practice of separating children from their parents when arriving at the southern border is offensive to our core values as Coloradans and as a country,” Hickenlooper’s executive order states. “The administration announced a ‘zero tolerance’ policy in the spring of 2018 resulting in family separations. The administration has recently stated that the purpose of the policy is to intimidate immigrants and deter crossings.”

Earlier this month, a group of lawmakers introduced legislation, called the Keep Families Together Act, that says the government can only separate children from their parents if the parents are suspected of trafficking or abuse.

“Separating children from their parents is both cruel and immoral,” Bennet said at the time. “These families are fleeing violence and instability and leaving their homes in search of safety and security. The administration’s inhumane separation policy exacerbates the trauma these children and their parents face. It also does nothing to make us safer and violates what we stand for as a country. Congress must take a stand and end this policy immediately.”

Hickenlooper's order applies only to cases in which children have been separated from their parents based solely on immigration status; it doesn’t affect cases where children are taken into state custody for other issues, such as concerns about human trafficking or abuse.