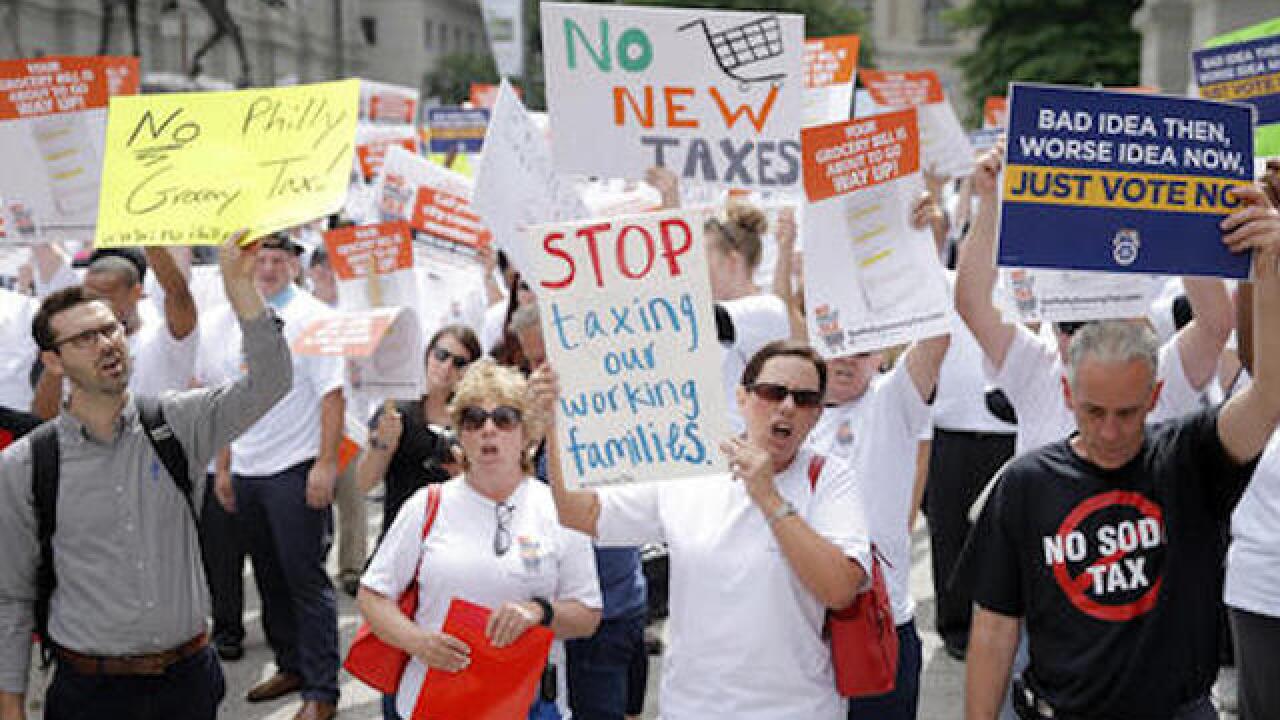 PHILADELPHIA (AP) — A City Council showdown over a proposed soda tax in Philadelphia got off to a stormy start.

Hundreds of people showed up Wednesday for a public hearing and planned key vote. Opponents shouted "No new tax!" and supporters countered with "Kids can't wait."

Mayor Jim Kenney has proposed a 3-cent-an-ounce tax on soda and other sugary beverages to pay for universal prekindergarten, community schools and park improvements. But the council appears to want something different.

An alternative proposal for a tax on non-reusable containers is up for consideration. It also would cover bottled water and even some vegetable juices.

The soda industry has spent millions on a campaign to stop Philadelphia from becoming the first major U.S. city with a sugary drinks tax.

Berkeley, California, is the only U.S. city to approve such a tax.