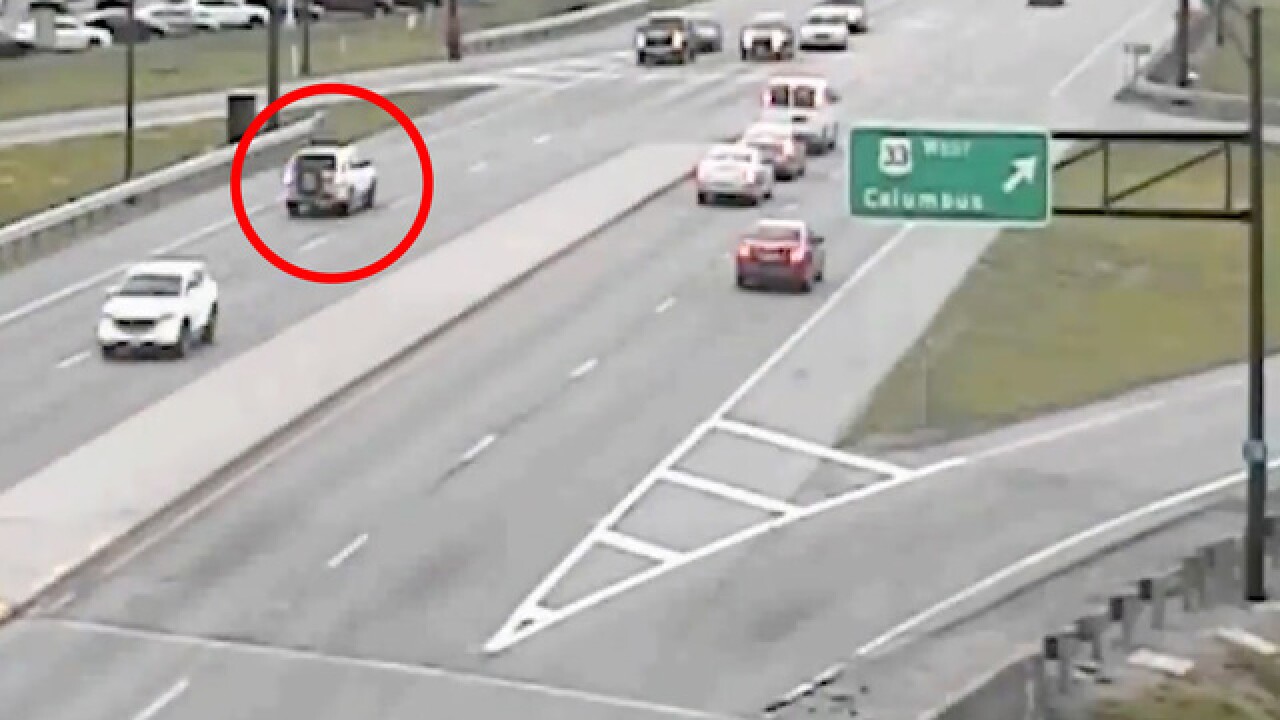 The worst driver of the year award might go to the person who thought it would be a good idea to reverse down a busy highway near Canal Winchester in southern Ohio.

It's a stretch of road anyone who has made the drive from Cleveland to Ohio University is familiar with. According to the time stamp on the video, an ODOT camera at U.S. 33 and Gender Road shows a car reversing on the eastbound ramp around 6:45 a.m. on Tuesday.

The music with this is glorious and makes this footage that much more shocking and even quite funny.

Inexplicably, the driver in the car skillfully reversed the car into oncoming traffic and proceeded to drive backwards facing traffic once he or she got off the freeway.

The end of the video shows the car pulling into a Kroger parking lot.