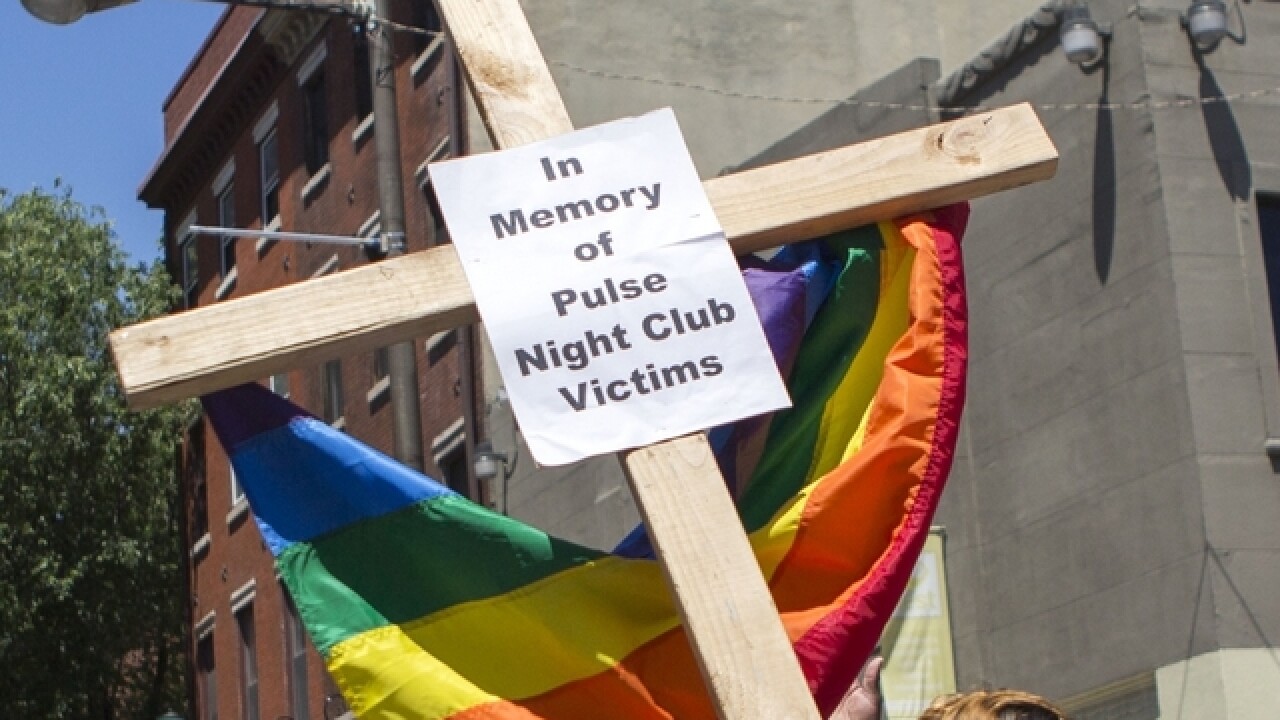 The celebration took place amid the same kind of increased security put in place last weekend at gay pride events in more than a half dozen cities, including Chicago, Denver and New Orleans.

Gay organizations in San Francisco and New York plan to hold their gay pride parades — traditionally among the biggest in the U.S. — on Sunday.

Organizers in Cincinnati expected attendance to top last year's estimated 90,000 people. They said the slayings this month in Orlando raised interest in participation.

"This year we march, once again, to show that we will not give in to hate," Cincinnati Pride co-presidents Shawn Baker and Brooklyn Steele-Tate said in a statement. "Our community always has been and always will be about love and acceptance. We will march with pride toward progress. We will never let hate or fear win."

No problems were reported in Cincinnati. Many of the participants took time to remember the 49 people killed and more than 50 wounded when Omar Mateen opened fire inside the Pulse nightclub in Orlando.

Some carried photos of the victims while others held signs saying "We Are Orlando."

City officials in Cincinnati made public assurances that they were ready to keep the parade and festival safe.

Some participants expressed concern about gun rights activists' plans for an "open carry outreach" on Saturday.

Organizer Jeffrey Smith has led pro-gun demonstrations at Ohio college campuses and elsewhere and said the mission is education about guns and self-defense.

There was considerable social media reaction, with some people saying the gun outreach was ill-timed and insensitive.

Police said Smith's past demonstrations have been non-confrontational and they didn't expect problems.