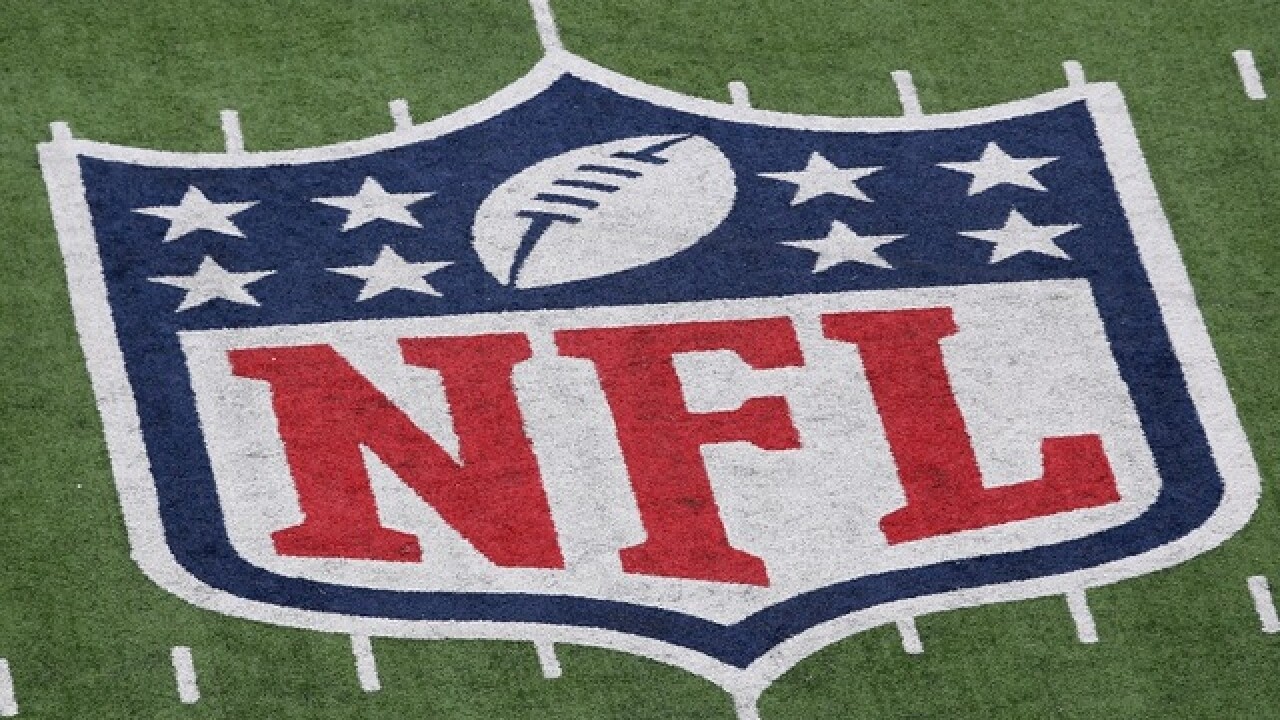 BOSTON (AP) — Researchers are moving ahead with efforts to develop a diagnostic test for chronic traumatic encephalopathy — even without the NFL's help.
Some of the nation's top brain scientists gathered Wednesday at the Boston University School of Medicine for the start of a seven-year, $16 million research project designed to find a test for CTE and identify its risk factors. For now, the disease increasingly found in former football players can only be diagnosed during an autopsy.
"This is a recipe for being able to define what CTE is in living human beings," said Jeffrey Cummings, director of the Cleveland Clinic's center for brain health and one of the principal researchers. "That's so important, because if you can diagnose something, then you can begin dealing with it."
The DIAGNOSE CTE project had originally been set to receive money that the NFL earmarked for concussion research. But the league's complaints about Boston University researchers led the National Institutes of Health to pay for it with other funds.
Doctors at the meeting on Wednesday said they were looking ahead, to the research, and not dwelling on the political maneuvering that delayed its start.
"I don't look back," said Robert Stern, the Clinical Core Director of BU's Alzheimer's Disease and CTE Center and another of the principal investigators. "The science is moving forward, and I'm so thrilled that we have the funding to do the science right now."
In describing the project for several dozen researchers, Stern's only reference to the funding dispute was in a timeline of the grant process. The project was approved in May 2015, with a planned start date of June; objections from the NFL reportedly delayed the official notification of the grant to Dec. 15 while the NIH arranged alternative funding.
Martha Shenton, a professor of psychiatry and radiology at Harvard Medical School, also declined to discuss the funding fight.
"I'm really happy to be doing the science," said Shenton, another principal investigator. "I'm always surprised when politics get involved in something that's science."
Researchers have linked CTE to repeated blows to the head — even those not forceful enough to cause concussions. Those who develop the condition can experience memory loss, confusion, mood swings, depression and suicidal urges.
Among those who have been diagnosed with CTE posthumously are Pro Football Hall of Famers Ken Stabler, Junior Seau, Frank Gifford and Mike Webster. Some, like Seau and former Chicago Bears defensive back Dave Duerson, descended into depression and killed themselves.
The project hopes to look at men aged 45-74, including 120 former NFL players and 60 who played in college. (Another 60 who have never participated in contact sports or served in the military or show any symptoms of traumatic brain injury will serve as a control group.)
Each will receive a three-day examination to establish a baseline, and the former NFL players will return three years later for a follow-up. The first exams are scheduled for next month — in Boston, New York, Las Vegas and Scottsdale, Arizona.
Stern cautioned those concerned they might be suffering from CTE not to come looking for answers.
"We cannot give them a diagnosis," he said. "It's not a clinical examination."
Also addressing the researchers on Wednesday was former New England Patriots defensive back Tim Fox, who said counting the number of concussions he suffered in college and an 11-year NFL career is "literally impossible."
"I stand here, I guess, as a living, breathing petri dish for CTE research," he said, describing how he was knocked unconscious in a game but sent back in until he began slowing things down too much. "It wasn't for safety reasons. It was 'we can't keep holding up the game for you.'"
Copyright 2016 The Associated Press. All rights reserved. This material may not be published, broadcast, rewritten or redistributed.