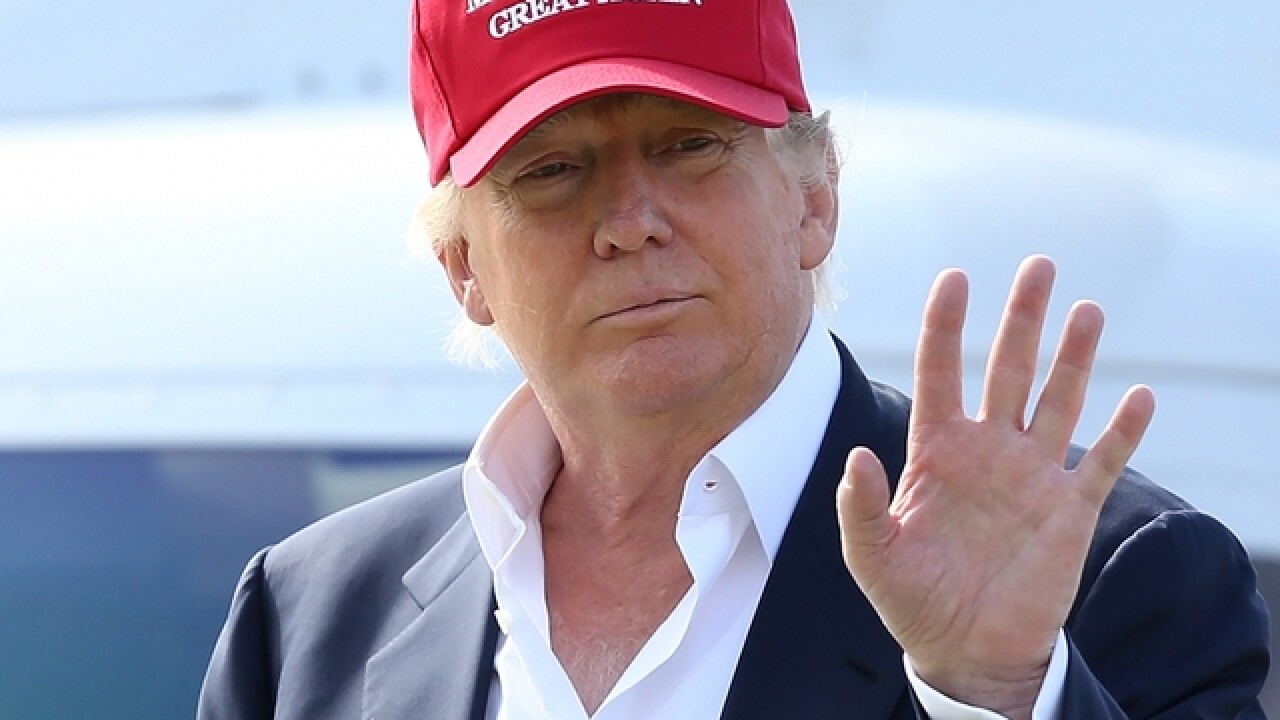 Rather than speaking off the cuff, GOP nominee-in-waiting Donald Trump gave a prepared speech Tuesday as polls closed in the final set of primaries in the 2016 election cycle.

Trump avoided the topic of the day and did not address prior comments he made that drew the ire of a number of GOP leaders.

Instead, Trump gave a speech outlying how he will include Americans in his vision for a better country. He also used the opportunity to take a few shots at Hillary Clinton, who became the presumptive Democratic nominee Tuesday.

"Just remember this, I am going to be your champion, I am going to be America’s champion. This election isn’t about Republicans or Democrats, it is about the people who run this country: the special interest or the people, the American people," Trump said.

Trump accused the Clinton family as politicians who have used the political system for personal gain. Among the accusations, Trump said that Hillary Clinton used her status as Secretary of State to earn personal funds for personal gain -- a fact that has not been supported or accused.

"Recent polls show I am beating Hillary Clinton, with all her mistakes and she has made many mistakes, I expect our lead to continue to grow and grow substantially," Trump said. "Hillary Clinton turned the state department into her personal hedge fund."

Trump said he is going to give a more detailed speech about Clinton next week.

Entering the stage to Queen's "We Are The Champions," Trump used the occasion to celebrate his status as the party's standard bearer. Trump tried to make a case to Bernie Sanders supporters, reminding them that he beat a rigged system.

"To all those Bernie Sanders supporters who have been left out by the rigged system, we welcome you with open arms."

Earlier on Tuesday, Republican Speaker of the House Paul Ryan distanced himself somewhat from Trump. Trump said last week that a federal judge might not be capable of imparting a fair judgment because he is of Mexican descent.