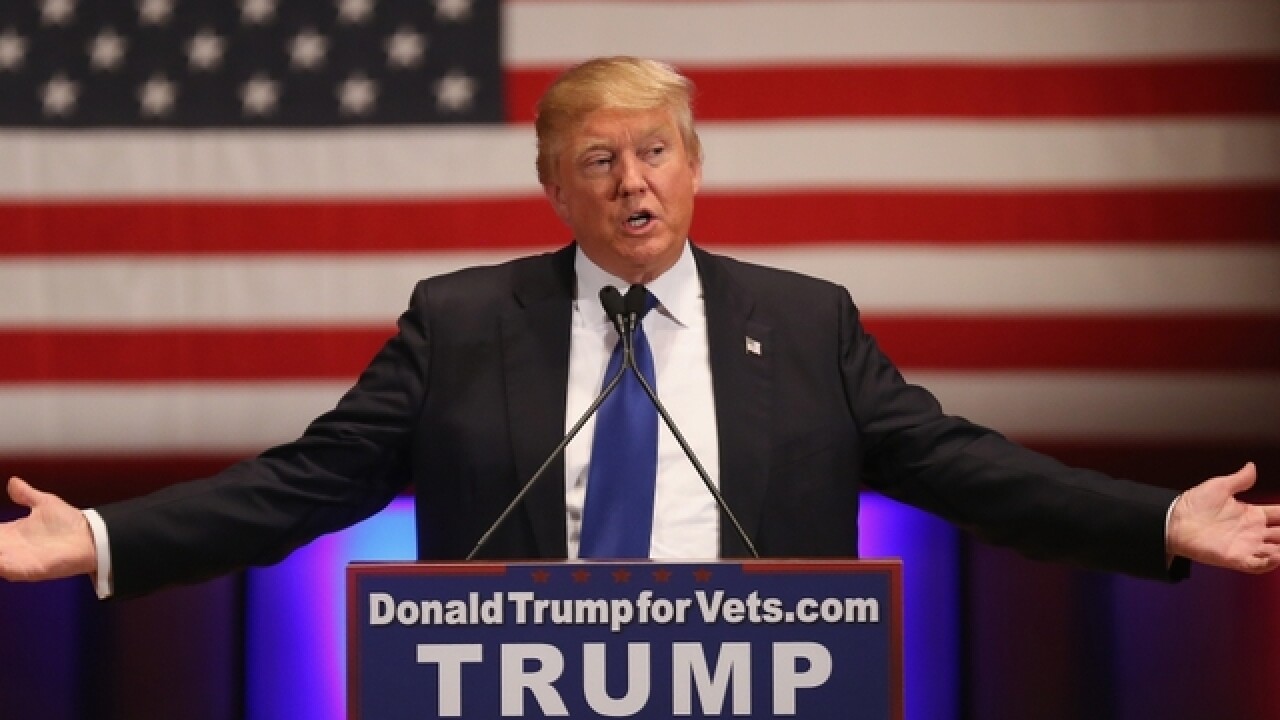 WASHINGTON (AP) — Donald Trump gives credit where credit isn't due when he brands Saddam Hussein a potent foil of terrorists.

But killing terrorists? Not in the eyes of the West. The U.S. listed Iraq during the Saddam years not as an opponent of terrorism, but as a state sponsor of it.

And now, the late dictator's Baath party makes up the organizational backbone of the Islamic State, the principal Islamic extremist threat.

Trump has maintained for a decade that the otherwise bad Iraqi leader was good in taking on terrorists. "You know what he did well?" he asked a campaign crowd in Raleigh, North Carolina, on Tuesday night. "He killed terrorists. He did that so good."

He went on: "They didn't read 'em the rights, they didn't talk. They were a terrorist, it was over." It was a view he repeated Wednesday at a rally in Cincinnati, but with the caveat that he wasn't praising Saddam as some critics had suggested. The Iraqi leader "was a bad man," he insisted, adding that "I hate Saddam Hussein."

Yet, in October, Trump asserted the world would be "100 percent" better off if Saddam and Libyan leader Moammar Gadhafi had been allowed to stay in power. This, despite the fact Trump initially if unenthusiastically supported the invasion of Iraq ("I guess so") and called strongly for the West to step in and help oust Gadhafi, which it did.

On this subject, Trump has seemed to lament the constitutional protections of the U.S. justice system even while overstating their use when it comes to terrorists. No one read Osama bin Laden his rights when U.S. forces burst into his compound and killed him.

Trump's broader point — that dictators can bring stability — has indeed guided U.S. foreign policy at times, when repressive regimes have had a pro-U.S. slant or were otherwise useful in Cold War-era rivalry with the Soviet Union. Saddam was at one time a U.S. ally for that reason.

In the late 1980s, Saddam's forces unleashed poisonous gas on Kurdish villages, aiming to counter a rebellion and killing mostly civilians. The ghastly results underscored Saddam's willingness to use any means to put down perceived opponents of any stripe, not just those he might have considered terrorists.

In Shiite and Kurdish uprisings in the 1990s, groups carried out attacks that could fall under a broad definition of terrorism, and Saddam had many of the opponents killed. Some were linked to groups supported by the U.S., others to groups that Washington considered terrorist organizations.

Before the U.S. invaded Iraq in 2003, Saddam had little to do with al-Qaida, then the main terrorist danger to Americans.

As part of its justification for the invasion, the Bush administration asserted that Saddam was in league with al-Qaida, sponsor of the 9/11 attacks. That was wrong. But Saddam was not killing al-Qaida fighters, either, as might be construed from Trump's remarks. The organization was scarcely a presence in Iraq at the time.

For many years Saddam sheltered and supported one terrorist in particular, the notorious Palestinian assassin Abu Nidal, whose Iraqi-armed group carried out deadly attacks against Israelis, rival Palestinians and Syrians opposed by Saddam.

Abu Nidal died in Iraq in murky circumstances in 2002. He had apparently crossed Saddam.

It's possible this terrorist died in a manner cited by Trump.

If so, it was not because Saddam wanted to make the world safer against terrorism.