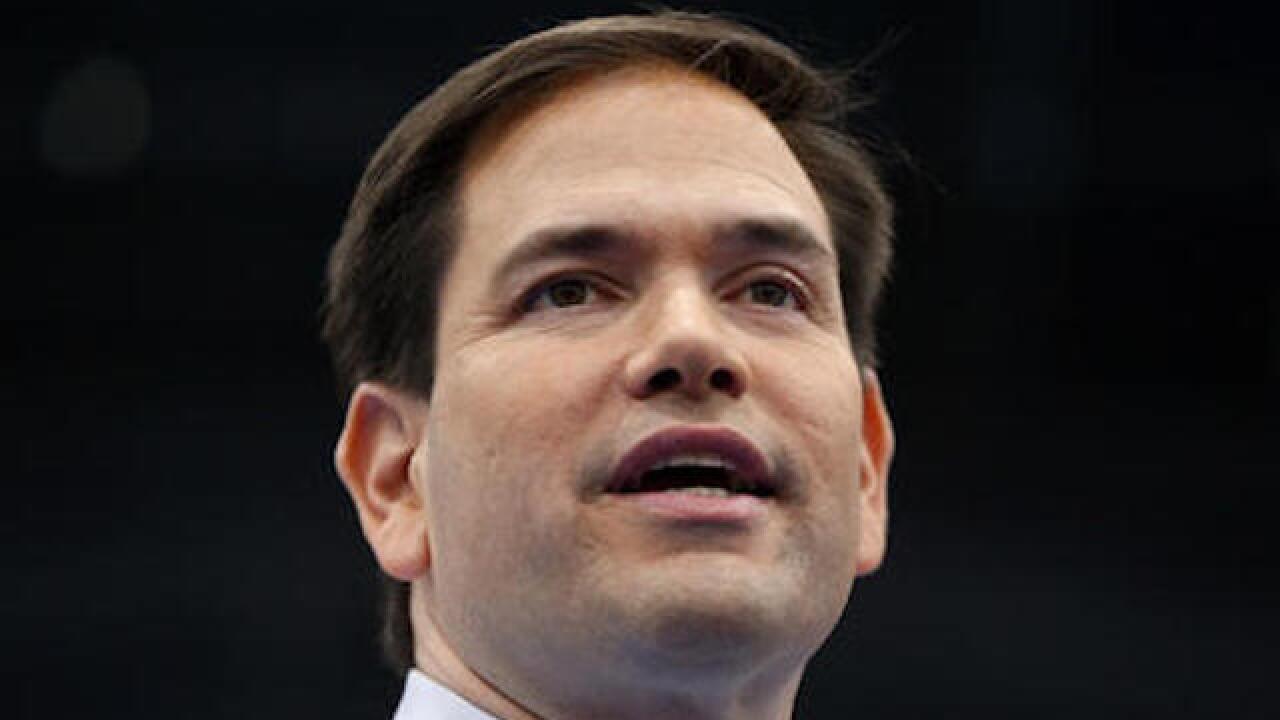 Copyright Associated Press
Paul Sancya
<p>In this March 14, 2016, file photo, then-Republican presidential candidate Sen. Marco Rubio, R-Fla., speaks during a campaign rally at Palm Beach Atlantic University in West Palm Beach, Fla. Rubio says he has no interest in being vice president and has no plans to endorse any presidential candidate. But, he says, he will support &quot;whoever is nominated and named by the party.&rdquo; (AP Photo/Paul Sancya)</p>

A spokeswoman for Sen. Marco Rubio says the Florida Republican is skipping the GOP Convention in Cleveland. That makes Rubio the latest high-profile Republican to decide not to attend the convention that is preparing to nominate Donald Trump for president.

Rubio spokeswoman Olivia Perez-Cubas says Rubio wants to spend his time campaigning for re-election to his Senate seat. She says Rubio had planned to go to the convention when he wasn't seeking re-election but now that he's decided to seek another term he's focusing on that.