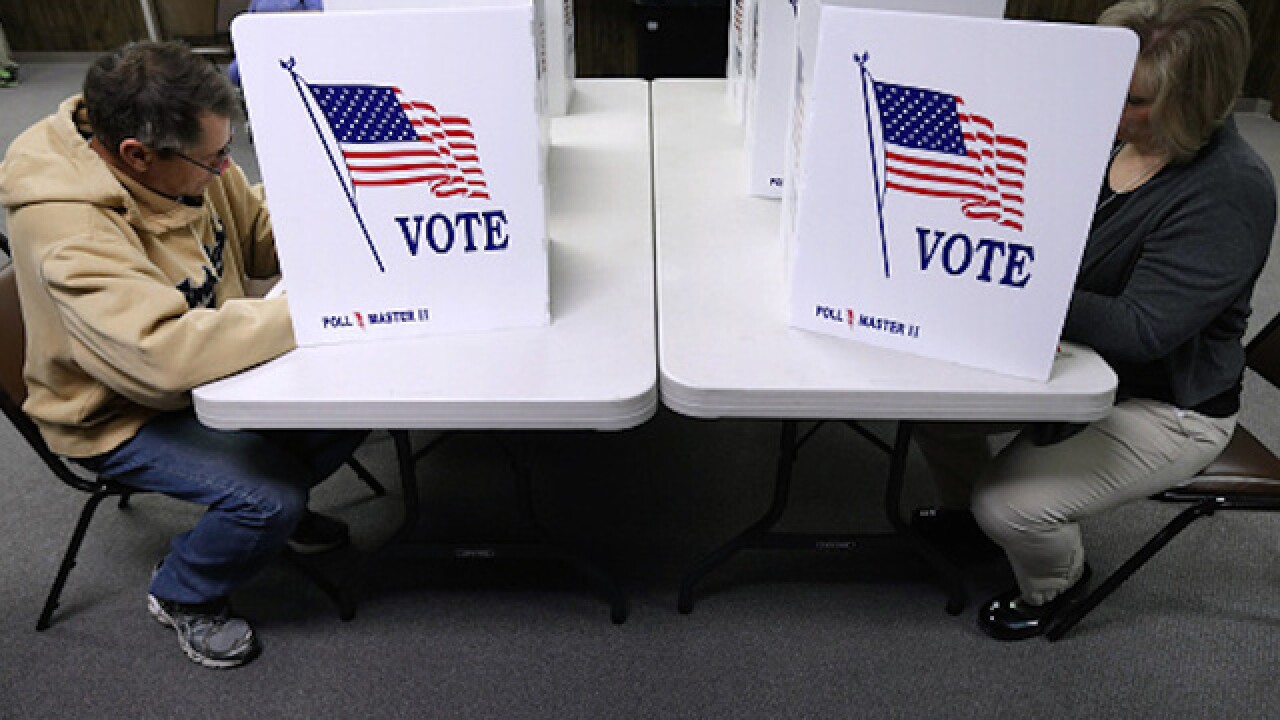 Chip Somodevilla
<p>RED OAK, IA - NOVEMBER 04: Voters fill in their ballots on election day at the Red Oak Fire Department November 4, 2014 in Red Oak, Iowa. According to the polls, Republican U.S. Senate candidate Joni Ernst is in a neck-and-neck race with Democratic candidate Rep. Bruce Braley (D-IA), and the election in Iowa could decide which party controls the U.S. Senate. (Photo by Chip Somodevilla/Getty Images)</p>

The ruling from the 5th U.S. Circuit Court of Appeals instructs a lower court to make changes that fix the "discriminatory effect" of the 2011 law, but to do so in a way that disrupts this year's election season as little as possible.

President Barack Obama's administration took the unusual step of deploying the weight of the U.S. Justice Department into the case when it challenged the law, which requires Texas residents to show one of seven forms of approved identification. The state and other supporters say the Texas law prevents fraud. Opponents say it discriminates by requiring forms of ID that are more difficult to obtain for low-income, African-American and Latino voters.

"We are extremely pleased with this outcome. This law will no longer prevent eligible voters from casting a ballot this November," attorney Gerry Herbert, a member of the legal team that challenged the law, said following Wednesday's ruling.

The Texas Democratic Party also immediately celebrated, declaring that "the most restrictive and discriminatory Republican voter ID law in country has been struck down."

The New Orleans-based 5th Circuit agreed to rehear the issue after a three-judge panel ruled last year that the law violated the Voting Rights Act.

Lawyers for Texas have argued that the state makes free IDs easy to obtain. They said any inconveniences or costs involved in getting one do not substantially burden the right to vote, and that the Justice Department and other plaintiffs had failed to prove that the law resulted in denying anyone the right to vote.

Opponents countered in briefs that trial testimony indicated various bureaucratic and economic burdens associated with the law — for instance, the difficulty in finding and purchasing a proper birth certificate to obtain an ID. A brief filed by the American Civil Liberties Union cited testimony in other voter ID states indicating numerous difficulties faced by people, including burdensome travel and expenses to get required documentation to obtain IDs.

Texas doesn't recognize university IDs from college students, but it does accept concealed handgun licenses as proof of identity.

Despite being struck down by a federal district judge in 2014, the law has been enforced in recent elections. The decision came so close to Election Day that the 5th Circuit panel allowed it to be enforced that year to avoid voter confusion.

In April, the U.S. Supreme Court rejected an emergency appeal to stop Texas from enforcing the law pending the current appeal. But the court said it could revisit the issue as the November elections approach.