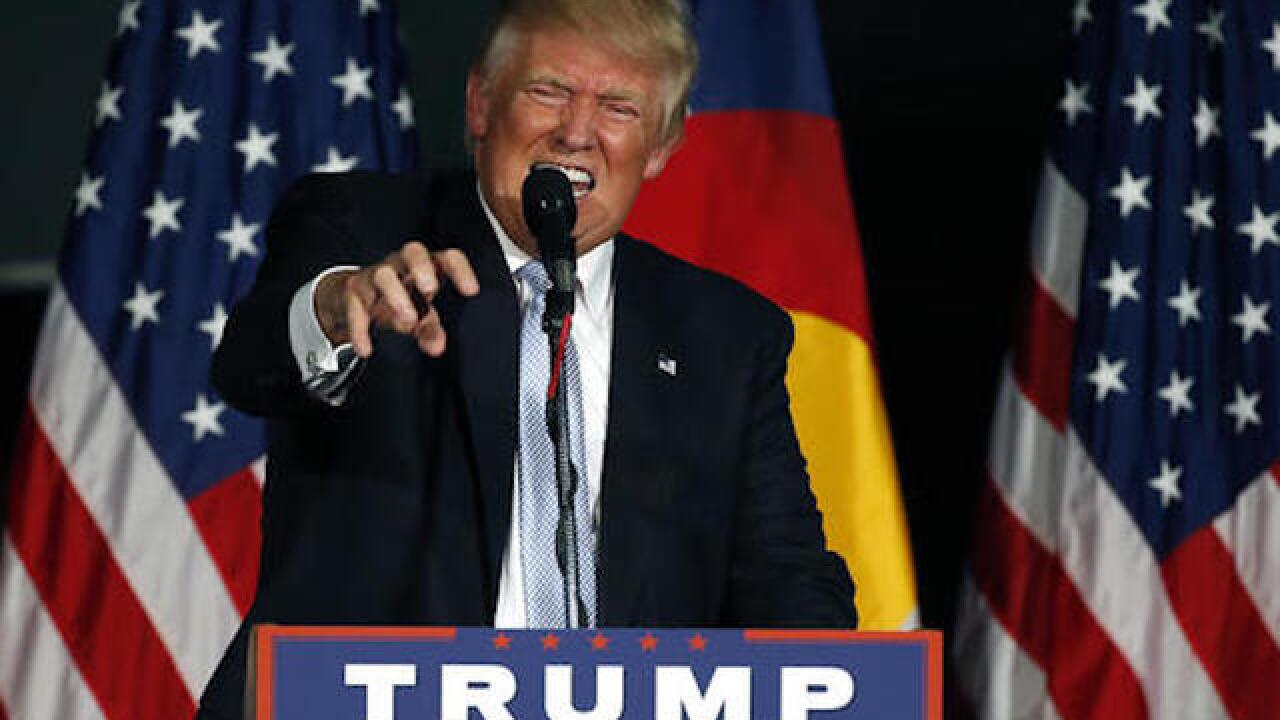 WASHINGTON (AP) — Republican presidential candidate Donald Trump says he doesn't like going up against NFL games when he debates Democratic opponent Hillary Clinton this fall. The billionaire businessman also says that the football league has complained to him about the debate schedule in a letter.

An NFL spokesman says the football league didn't send a letter to Trump as he claims.

Two of the three debates scheduled in September and October will be televised during NFL games.

The independent, nonpartisan Commission on Presidential Debates serves as the debate sponsor and sets the dates. The schedule for the 2016 debates was announced, nearly a year ago, in September 2015.

In a statement issued Saturday night, the commission says it "did not consult with any political parties or campaigns in making these decisions."