Republicans fight to keep control of the Senate in 2018 midterms 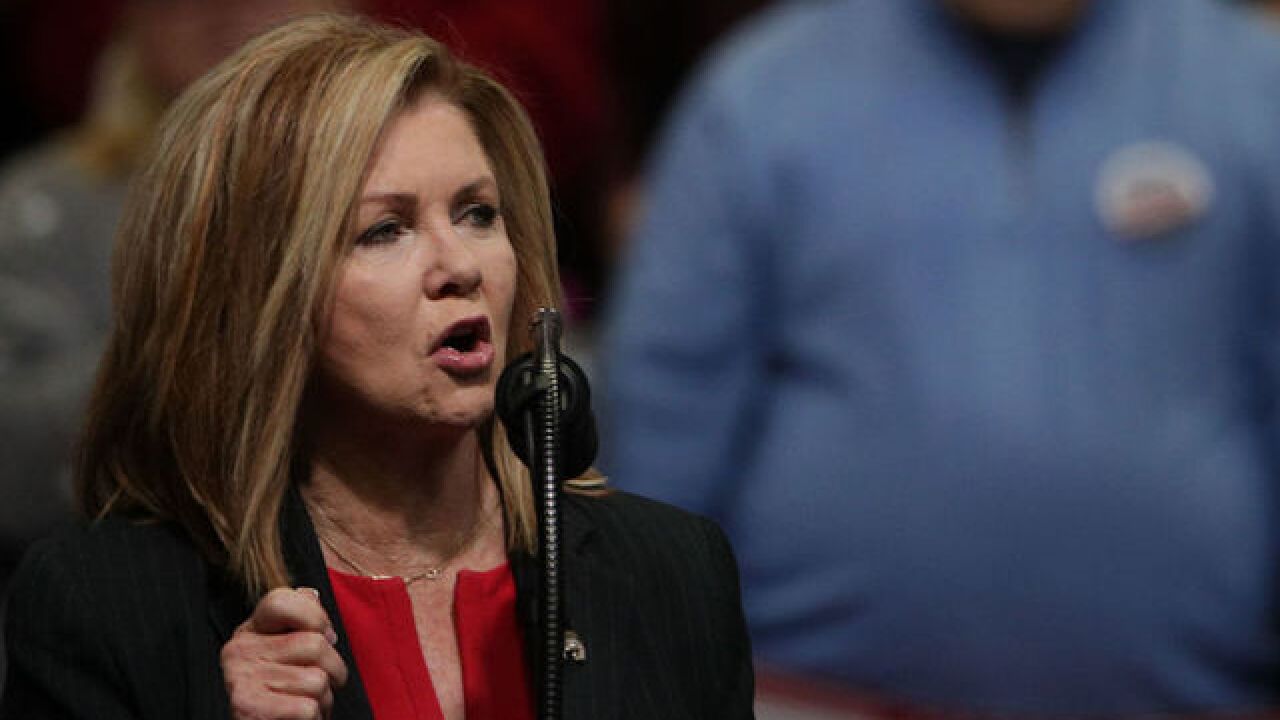 Image copyright 2018 Getty Images. All rights reserved. This material may not be published, broadcast, rewritten, or redistributed.
Alex Wong
<p>U.S. Rep. Marsha Blackburn (R-TN) speaks to supporters during a campaign rally at the McKenzie Arena November 4, 2018 in Chattanooga, Tennessee. Blackburn, who represents Tennessee's 7th Congressional district in the U.S. House, is running in a tight race against Democratic candidate Phil Bredesen, a former governor of Tennessee. The two are competing to fill the Senate seat left open by Sen. Bob Corker (R-TN), who opted to not seek reelection. </p>

Republicans are hoping to keep control of the Senate and expand their majority in the upper chamber of Congress, while Democrats are looking to stave off losses and flip as many seats as possible as voters head to the polls in Tuesday's 2018 midterm elections.

Despite a seemingly energized grassroots electorate, the Democratic Party has been viewed as a long shot to take back control of the Senate where Republicans currently hold a narrow majority of 51 seats to 49 seats for Democrats.

Democrats face a daunting Senate map in the 2018 midterms and have been forced to defend 10 seats in states that President Donald Trump won in the 2016 presidential election, including North Dakota, Montana, West Virginia, Indiana and Missouri.

PHOTOS: Voter turnout around the nation

Republicans do not have to defend as many vulnerable incumbents as Democrats in the midterms. Only a handful of seats are viewed as potential pickup opportunities for Democrats, with the party hoping to flip seats in closely-watched races in states such as Arizona and Nevada, as well as longer shot attempts in Tennessee and Texas.

If Republicans maintain control, it will put the GOP in position to continue driving forward the President's agenda in at least one chamber of Congress. If Democrats manage to win the Senate, it would be a major setback for Republicans and a significant victory for a party that has been locked out of power in Washington since Trump won the White House.

Control of the Senate will determine whether key elements of the President's agenda will be thwarted or advanced, including judicial confirmations and executive branch appointments. It will also determine whether Senate Democrats can launch investigations into controversies that have surrounded Trump while he has been in office and before he was elected, including allegations surrounding obstruction of justice, Trump's finances and potential Russian collusion.

A fight over funding for the President's signature campaign trail promise of a wall along the US-Mexico border looms large when lawmakers return to Washington after the midterms and along with it, the threat of a partial government shutdown.

The outcome of the midterms will also mark the culmination of a bitter partisan battle for control of Congress and set the stage for the 2020 elections, where an expansive field of Democratic presidential candidates is expected to challenge Trump after his first term in office. Some high profile senators are expected to be among that growing pool of candidates in the Democratic presidential primary.

The closing days of the midterm campaign have played out with split screen images of Democrats and Republicans emphasizing different messages to the voters they hope will show up to the polls on Tuesday.

Trump has framed the elections as a choice between law and order maintained by Republicans and an out-of-control Democratic mob, while focusing heavily on hardline immigration campaign promises, including a legally dubious pledge to end birthright citizenship for the children of undocumented immigrants born in the U.S.

In contrast, Democrats have largely maintained a nearly unwavering focus on health care in their closing message to voters. Democratic congressional leaders and candidates have vowed on the campaign trail that their party will protect Americans with pre-existing conditions, while warning that Republicans will not.

The White House and congressional leaders condemned the incidents, but the events have sparked questions and recriminations over whether heated political rhetoric contributed to the violence.

Trump has defiantly rejected the idea that his own rhetoric contributed to the incidents and lamented the week before Election Day that the attacks slowed Republican momentum.

"We did have two maniacs stop a momentum that was incredible, because for seven days nobody talked about the elections," the President said at a Missouri rally last week. "It stopped a tremendous momentum."