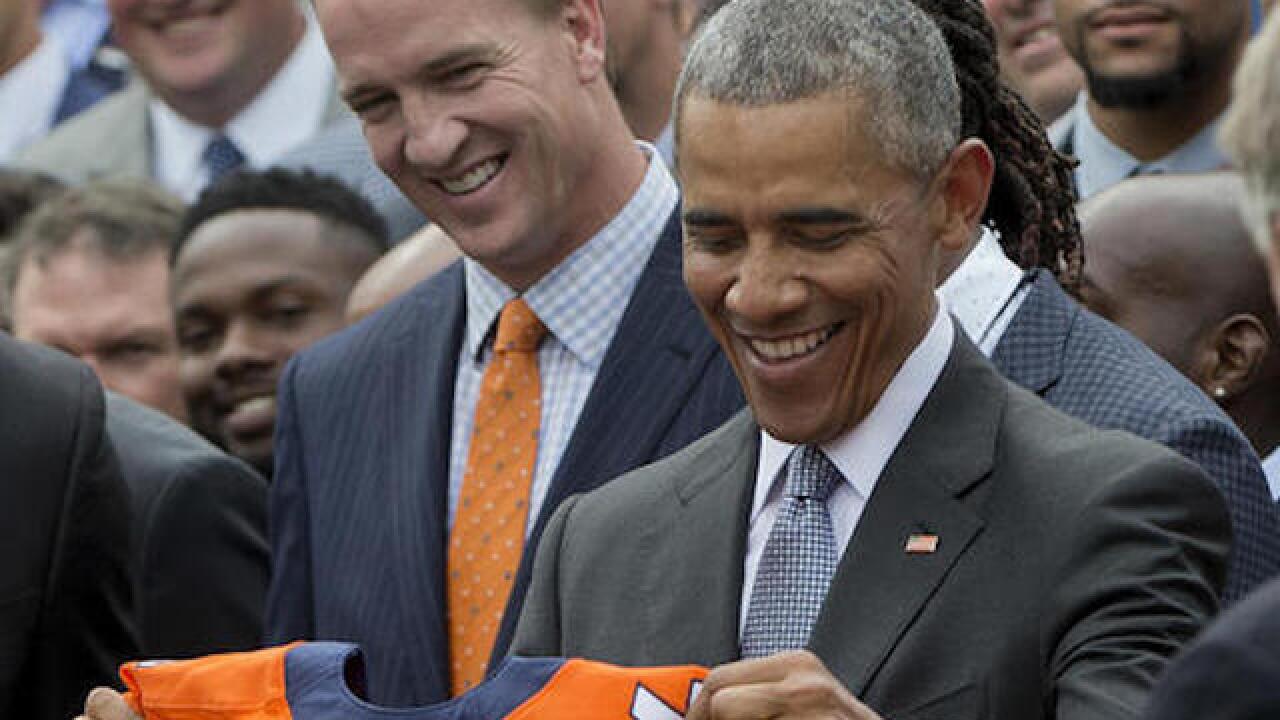 WASHINGTON (AP) — President Barack Obama is honoring the Denver Broncos at the White House Monday for winning the Super Bowl, the team had one of the best defenses of all time and one of the greatest quarterbacks of all time in Peyton Manning.

Obama says the Broncos won a record 11 games by a touchdown or less. He says teams can't do that without a great defense.

A huge Chicago Bears fan, the president felt obliged to mention that franchise's defense from the 1985 Super Bowl champions, but Obama says he's got to admit this past year's Denver defense "was pretty good, too."

On Manning, Obama says he was a little disappointed to see him hang it up after one of the greatest "Hall of Fame careers ever" but he understood why.