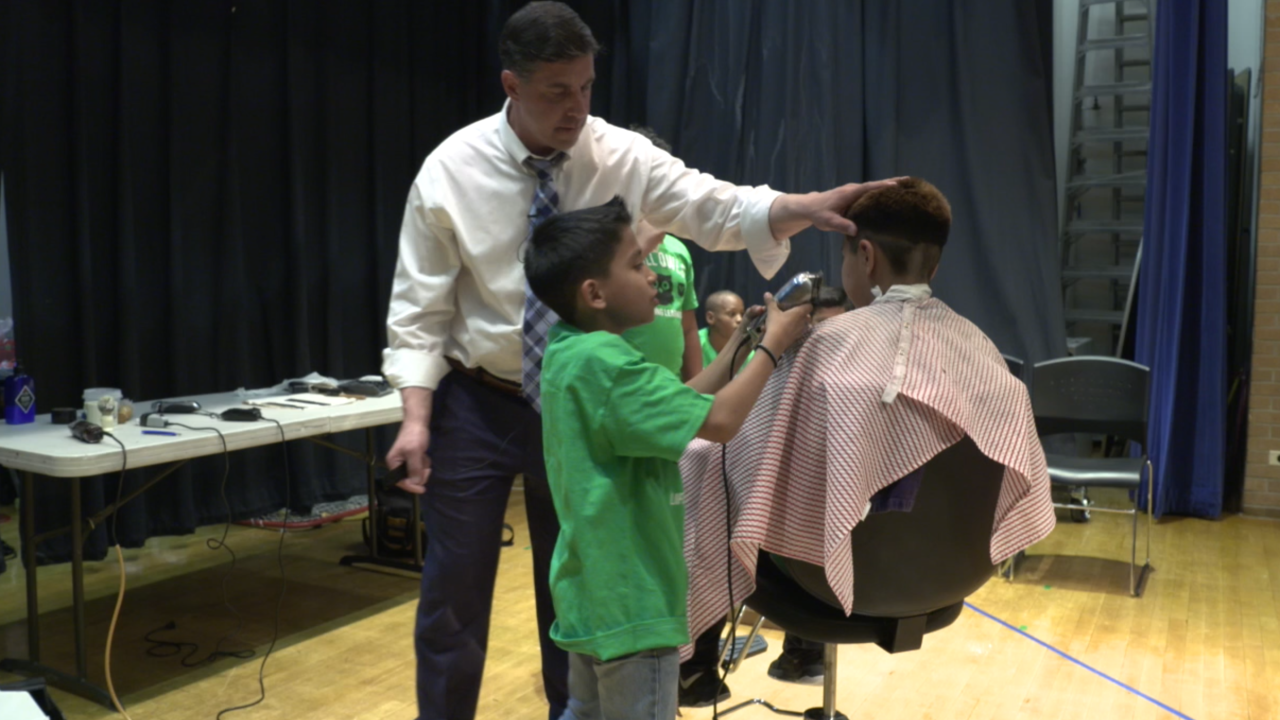 If you listen closely, you can hear the buzz happening at Doull Elementary School in Denver, Colorado.

At this school, where 93 percent of the students qualify for free lunch, staff is helping out by getting more hands-on.

Every Wednesday, after the final bell rings, the school’s auditorium transforms into a barbershop.

“This really does help out some of our families,” Doull Assistant Principal Rob Suglia said about the school’s new barber club. “We found that attendance is better, because when kids feel good, they want to come to school.”

Before getting his doctorate in education, Suglia worked as a professional barber. Now, he’s sharing his skills to his students.

“Third, 4th and 5th graders get to get exposed to a trade,” Suglia said about the benefits of the barber club.

It's a growing trade that can be financially rewarding. According to The United States Department, the median hourly wage for barbers was about $13.50 in 2018. When you add in tips, many say barbers can make a lot more, like professional barber Buschey, who works at Floyd’s barbershop in downtown Denver.

“No matter where I go around the world, all I need is clippers and a comb and I should be able to get an income,” he says.

Though Bushey has made a career out of cutting hair, he believes barbering provides much more than just a paycheck.

“It gives me a sense of accomplishment,” he says. “I’ve had people sit in my chair that maybe just lost a loved one. (I) give them a good haircut and all of a sudden to see their face uplifts like they’re ready to step out in the world.”

“When I’m cutting hair, I like it and I want to keep doing it,” Sanchez says.

Now, he’s learning the art of cutting hair, practicing his craft by giving his close friends tight fades after school on Wednesdays.

“It’s a creative job; you get to put design in people’s hair,” Sanchez says. “I might just move out to California and cut people’s hair.”

But before heading out west, getting licensed and making money – Sanchez must get through middle school.