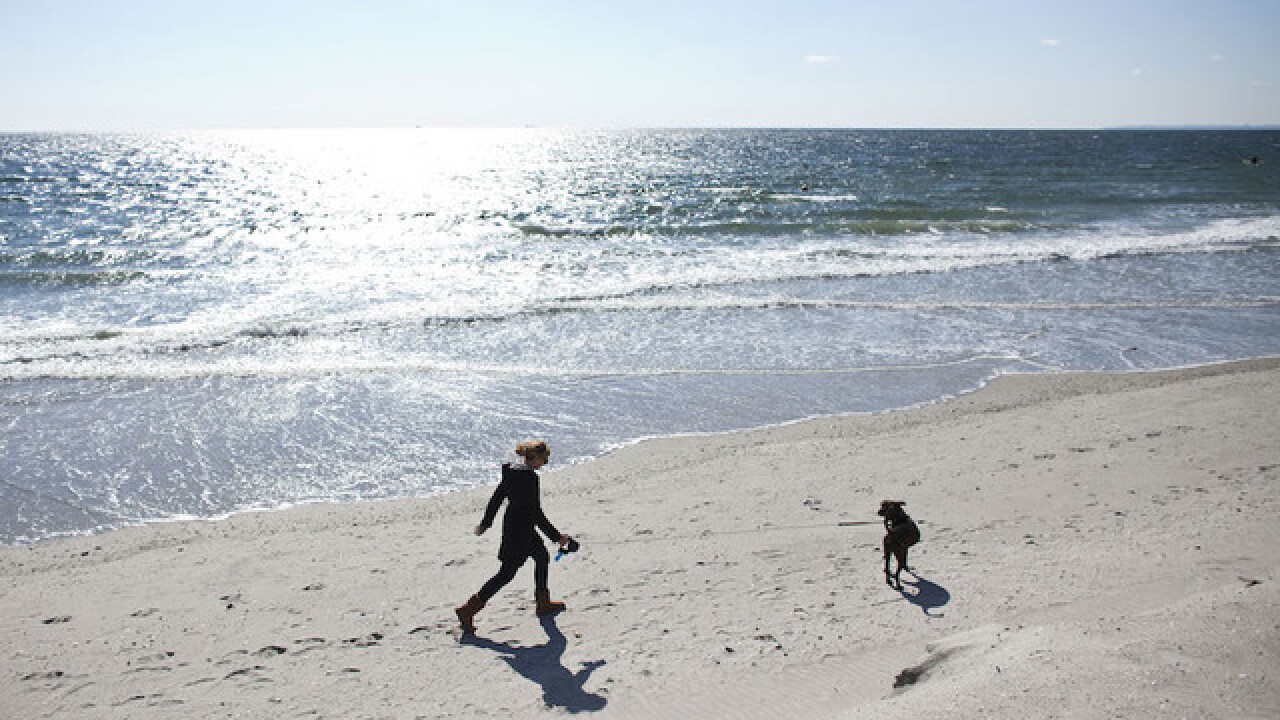 Image copyright 2018 Getty Images. All rights reserved. This material may not be published, broadcast, rewritten, or redistributed.
Ramin Talaie
<p>A woman walks her dog on the Rockaway Beach on October 26, 2013 in the Queens borough of New York City. </p>

Florida veterinarian Chris Taylor is sharing the story of his beloved black labrador's death after the 6-year-old dog died from saltwater poisoning last week, as reported by Yahoo .

Taylor and his dog, nicknamed O.G., went to the beach July 9, as the pair had done many times before.

But the normally vivacious pup seemed tired and wobbly following their trip, Taylor told Fox13 . He chalked it up to a dog just being exhausted after a long day of frolicking in the ocean.

It proved to be something much more serious than fatigue.

Taylor rushed to the animal hospital but it was too late for O.G. The dog was dehydrated and shortly after arriving at the hospital, his brain started to swell. His loyal companion was suffering from brain damage and seizures. He had to put O.G. to sleep.

"It still feels surreal," Taylor told Fox13. "It doesn't feel like reality. I (have) to get a grip on that and realize that it is real and he's gone."

O.G. died of saltwater poisoning, a serious ailment that can be tough to spot in dogs and cats, according to veterinarians. The condition can be so gradual pet owners may not realize their animals are experiencing saltwater poisoning.

How much salt water is too much for an animal to ingest? It can be tough to tell. Veterinarians suggest taking breaks, making sure your pet drinks enough fresh water between all the fun and checking to make sure your pet isn't vomiting or experiencing diarrhea. If saltwater poisoning seems like a possibility, call your vet or take your pet to a clinic right away.