Dog that was mistakenly flown to Japan reunited with family 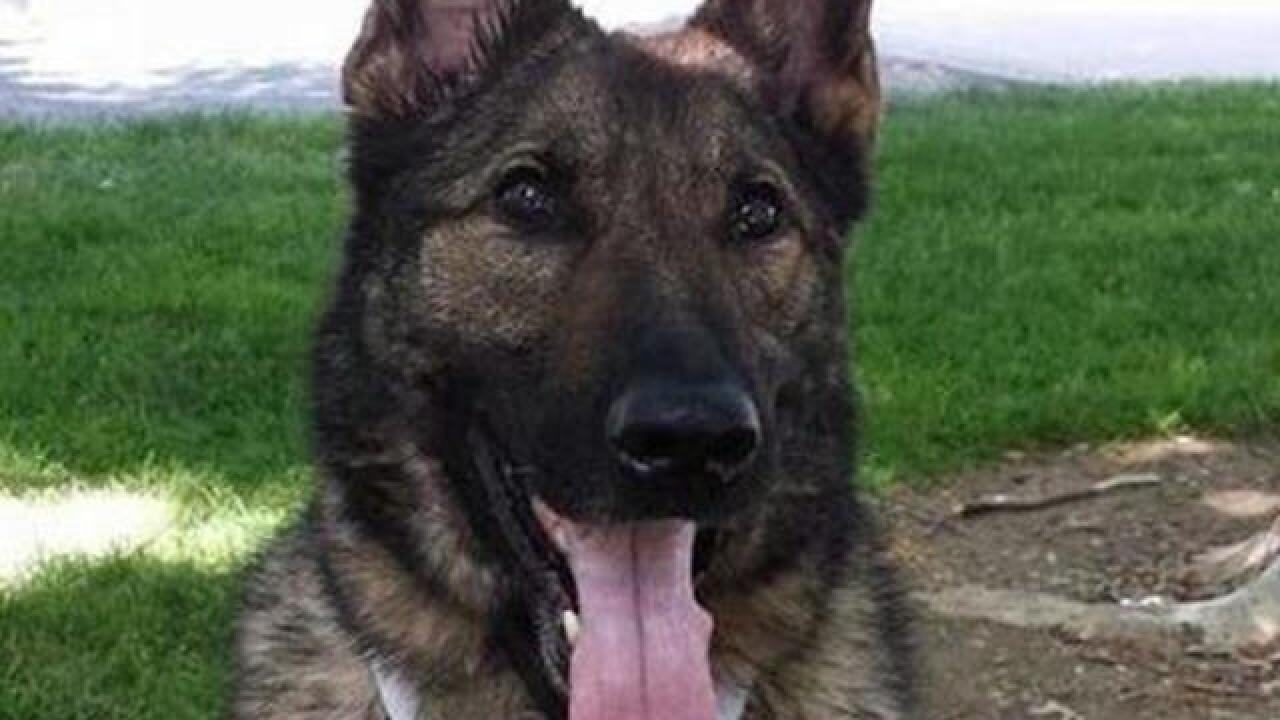 © 2018 Cable News Network, Inc.
<p>More than 11,000 miles and about 48 hours later, Irgo has finally arrived at his new home in Kansas. The Swindle family reunited with the beloved dog Thursday in Wichita, two days after United Airlines mistakenly <a href="https://www.cnn.com/2018/03/14/us/united-flight-dog-mix-up/index.html">sent the 10-year-old German shepherd across the world to Japan</a>.</p>

More than 11,000 miles and about 48 hours later, Irgo has finally arrived at his new home in Kansas.

The Swindle family reunited with the beloved dog Thursday in Wichita, two days after United Airlines mistakenly sent the 10-year-old German shepherd across the world to Japan.

"He instantly jumped up and was crying," Kara Swindle told CNN affiliate KSNW of the moment when they were reunited. "When he's super excited, he cries."

"It feels actually amazing to finally have him back," she added.

The Swindles were in the midst of moving from Oregon to Kansas this week. They had sent Irgo on a cargo flight to Kansas City, but when they went to retrieve him, he was nowhere to be found. In his place, they discovered a Great Dane that was supposed to be en route to Japan.

"It was just instant tears," Swindle told CNN's Chris Cuomo on Friday with Irgo safely at her side. "I didn't even know what to think. I was just so worried about where my dog was instead."

The mix-up sent the Swindles into a panic. It was Irgo's first time flying; on top of that, he had come down with an ear infection before the flight, Swindle said.

She said the airline was unable to confirm Irgo was on the flight to Japan until it touched down nearly eight hours after she went to pick up her pet.

The airline apologized and said it would arrange the return of the pets to their owners as soon as possible.

United, Swindle said, was prepared to send Irgo back to the States in cargo, but she and her husband put their foots down.

"We told them, 'Absolutely not. You need to be doing this our way now. He is to be flying in the cabin, and honestly we don't care how it happens. You just need to get it done,' " Swindle said.

On Thursday, Irgo was flown from Narita, Japan, to Wichita on a United corporate jet.

The flight was more than 11 hours long, but Swindle told KNSW she was glad to see Irgo "being treated like the king he is."

"Ready to go home now?" Swindle asked Irgo as she helped him get to their SUV at the airport.

The Great Dane that was mistakenly sent to Kansas was on his way back to Japan on Thursday, the airline said.

The snafu was the second embarrassment this week for United. On Monday, a French bulldog died on a Houston-to-New York flight after a flight attendant told its owners to put the dog in an overhead bin. The airline said it was investigating the dog's death "to prevent this from ever happening again."