Dog who played Cheddar on 'Brooklyn Nine-Nine' dead at 13 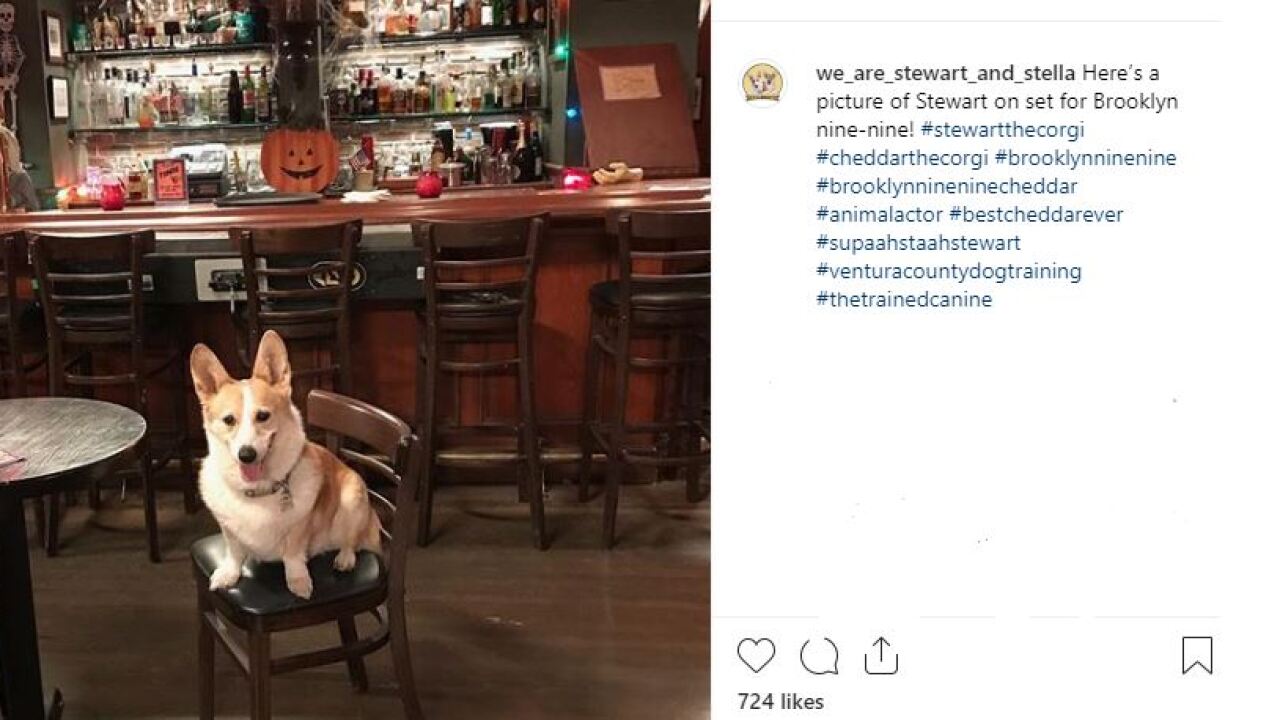 The dog who played Cheddar on "Brooklyn Nine-Nine" has died. He was 13 years old.

"We went to the beach (his favorite place) where he frolicked in the surf and then enjoyed a picnic lunch of In & Out burgers. We relaxed in the sun and just enjoyed each other's company," the dog's owner said on Instagram. Our veterinarian met us there later and Stewart went to sleep peacefully in my arms while listening to the sounds of the ocean."

Stewart wasn't the only dog to take on the role, but he played the part the longest, according to TMZ.

Cheddar was pet to Captain Raymond Holt and his husband on the show.

This article was published by Katie Cox with WRTV.