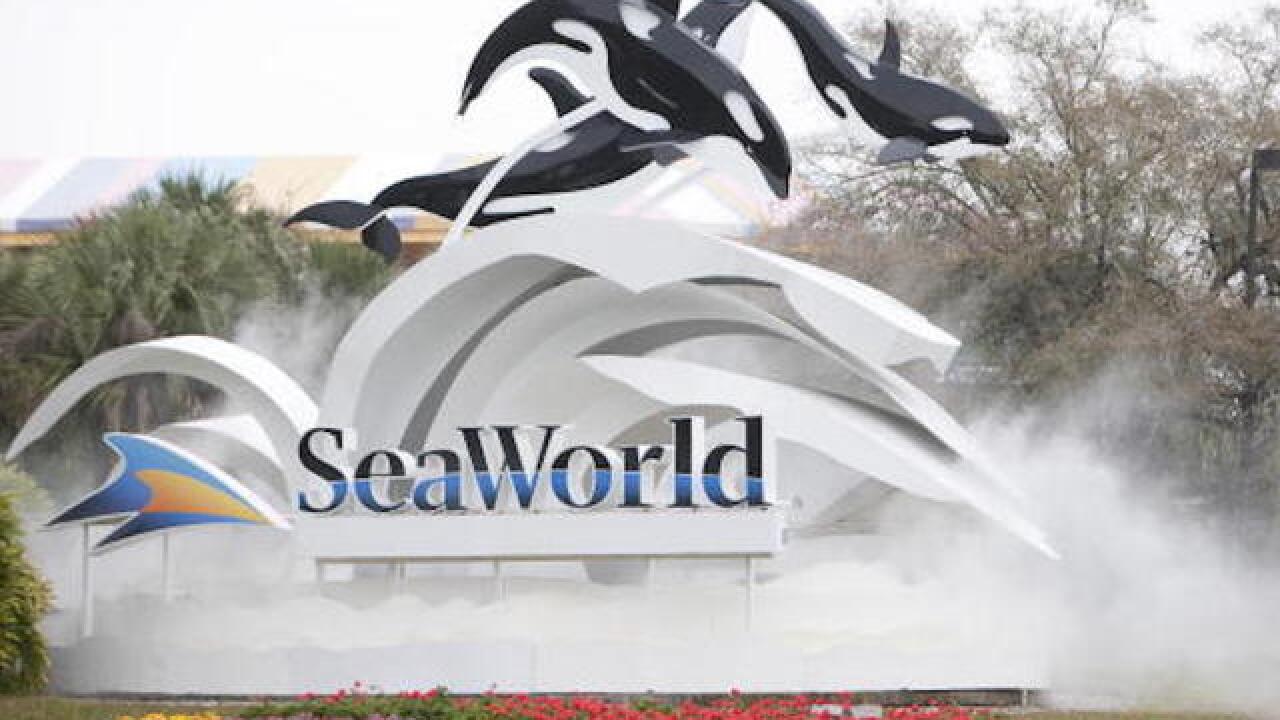 Matt Stroshane
<p>ORLANDO - FEBRUARY 24: The sign at the entrance to SeaWorld February 24, 2010 in Orlando, Florida. A female trainer who presumably slipped and fell in to a holding tank was fatally injured after she was attacked by an orca. This is the third human death associated with the killer whale according to the Humane Society of the United States. (Photo by Matt Stroshane/Getty Images)</p>

Dolphins are said to be among nature's smartest animals, using a complex code of clicks and whistles to communicate with each other. Apparently, they're ready to begin using the internet as well.

Video taken by Kuadiel Gomez at SeaWorld Orlando shows an eager dolphin snagging a fellow guest's tablet and dragging it into the water. The woman was able to retrieve her device — and the dolphin was apparently none to pleased, splashing the crowd gathered around the aquarium.

Since being published on YouTube on Monday, the video has been viewed more than 50,000 times.