It could take a year to get answers on the duck boat tragedy that killed 17 people, official says 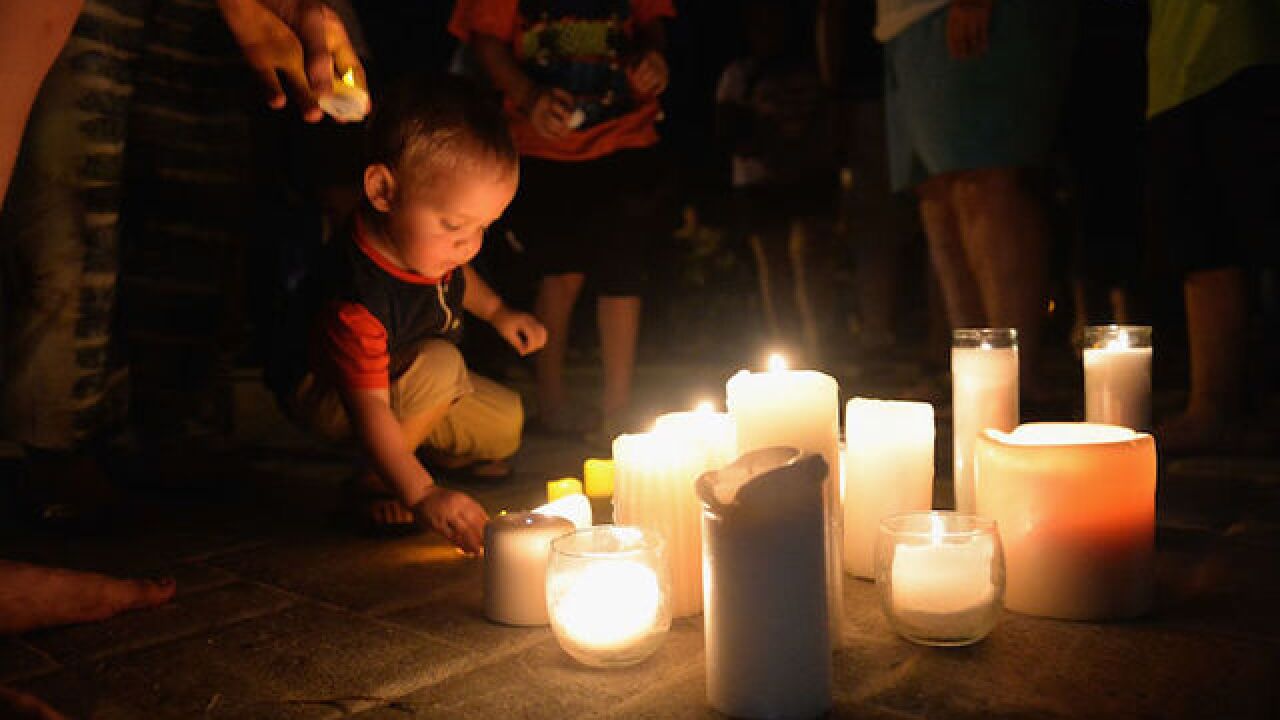 Image copyright 2018 Getty Images. All rights reserved. This material may not be published, broadcast, rewritten, or redistributed.
Michael Thomas
<p>A child places a candle down during a evening candlelight prayer vigil at Life Christian Center Church on July 20, 2018 in Branson, Missouri. Hundreds of Branson and surrounding areas are gathering to pay their respects to the victims after a duck boat capsized in Table Rock Lake during a thunderstorm on Thursday. </p>

The investigation into the sinking of a duck boat that killed 17 people in Missouri --- including nine from one family -- could take up to a year to complete, the National Transportation Safety Board said.

Seventeen people -- the youngest just a year old -- died when the amphibious boat with 31 aboard sank in stormy conditions at the Table Rock Lake near Branson. An additional 14 others survived.

While a severe thunderstorm and massive waves hit the area around the time the boat sank Thursday night, it's still unclear why it happened and others made it through the storm.

The NTSB urged witnesses to share any videos or photos and warned that it could be up to a year before it releases a final conclusion on the case.

"We will do an analysis of the facts and approximately one year later -- one year from now -- we should have a probable cause and a report for the general public," Earl Weener of the NTSB said Friday night. "We can expect to have a preliminary factual report in a couple of weeks to a month."

Mourners light candles for the victims

Dozens of people left flowers, cards and balloons at a vigil held Friday at the Ride the Ducks building in Branson. Mourners lit candles around cars left on the parking lot overnight -- believed to belong to the victims.

"I look at my family here, and this could've been us," Ed Brown, who was at the vigil, told CNN affiliate KMIZ.

After all 17 bodies were recovered, the Stone County Sheriff's Office released the names of those who died.

Nine victims had the surname Coleman, including four children. The driver of the boat also perished in the incident.

Tia Coleman was one of the survivors, and was on board with 10 family members when the boat sank.

Area was under a severe thunderstorm warning

Water conditions on the lake deteriorated rapidly after a storm raced across the Midwest earlier Thursday.

The area around Branson was placed under a severe thunderstorm warning shortly after 6:30 p.m. (7:30 p.m. ET), about half an hour before the boat went under the water.

It sank 40 feet down, and then rolled to an area 80 feet deep, Stone County Sheriff Doug Rader said. He said there were life jackets on board, but he did not know whether people were wearing them.

The Coast Guard and the Missouri State Highway Patrol will also be part of the investigation.

'They are death traps and sinking coffins'

Duck boats are amphibious vessels that travel on both land and water, and are popular among tourists in major cities. The boats' history dates to World War II, when such vessels were a common sight due to their versatility.

In Branson, a popular family vacation destination about 200 miles southeast of Kansas City, they are driven along city streets for part of the tour before the driver uses a ramp to enter the lake.

Thursday's sinking in Missouri isn't the first time trouble with the tour vessel turned fatal. At least 39 people have died in duck boat accidents in the past 20 years. Accidents in and out of the water have marred their popularity and forced some companies to shut down their businesses.

Jeffrey Goodman, who has represented people injured in past duck boat accidents, said the vessels should be banned.

"They are dangerous on land and on water. They are death traps and sinking coffins," he told CNN.

The National Transportation Safety Board and multiple duck boat companies, including Ride The Ducks of Seattle, declined to comment.

Ride the Ducks Branson said it was deeply saddened and has closed the business due to the investigation and to allow the community and families time to grieve.