Duck Dynasty's Phil Robertson: Get me in the White House 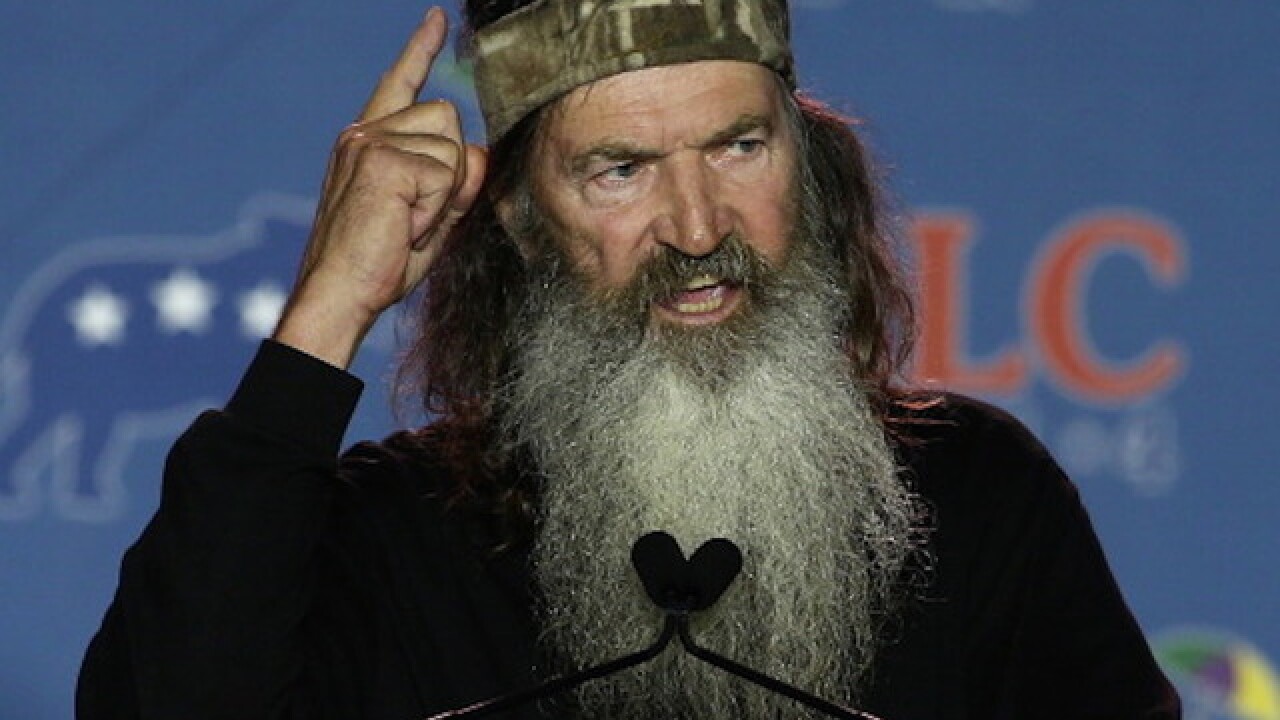 “Duck Dynasty” patriarch turned conservative pundit Phil Robertson has some words for evangelical voters: Get me in the White House.

While speaking on a TeleForum sponsored by a group called My Faith Votes , Robertson said that he would bring a much needed change to Washington.

“I can’t tell you how to vote. I’m just one man down on the riverbank. But if they keep fooling around long enough, they’re going to force me to run. If you want to see a change in America, get me in there, dude.”

Robertson also discussed his views on abortion, gay marriage and faith in schools throughout the interview, comparing today’s laws to teachings in the Bible.

"You call it secularism," said the born-again Christian. "I just call it ‘the evil one.’ The evil one that controls human beings. That’s what I call it. So when you see a lot of murder and you see a lot of lies, you say, according to Jesus, the Son of God, he said you can attribute that to the Devil’s work."

“Duck Dynasty,” is a show that follows the Robertson family and their Louisiana duck call company. The show was briefly suspended in December 2013 when Robertson offended some with his comments about gay people in an interview with GQ.

Robertson is just the latest celebrity to (jokingly?) suggest a Presidential run. Kanye West “announced” he was running for President during an acceptance speech at the 2015 VMAs.