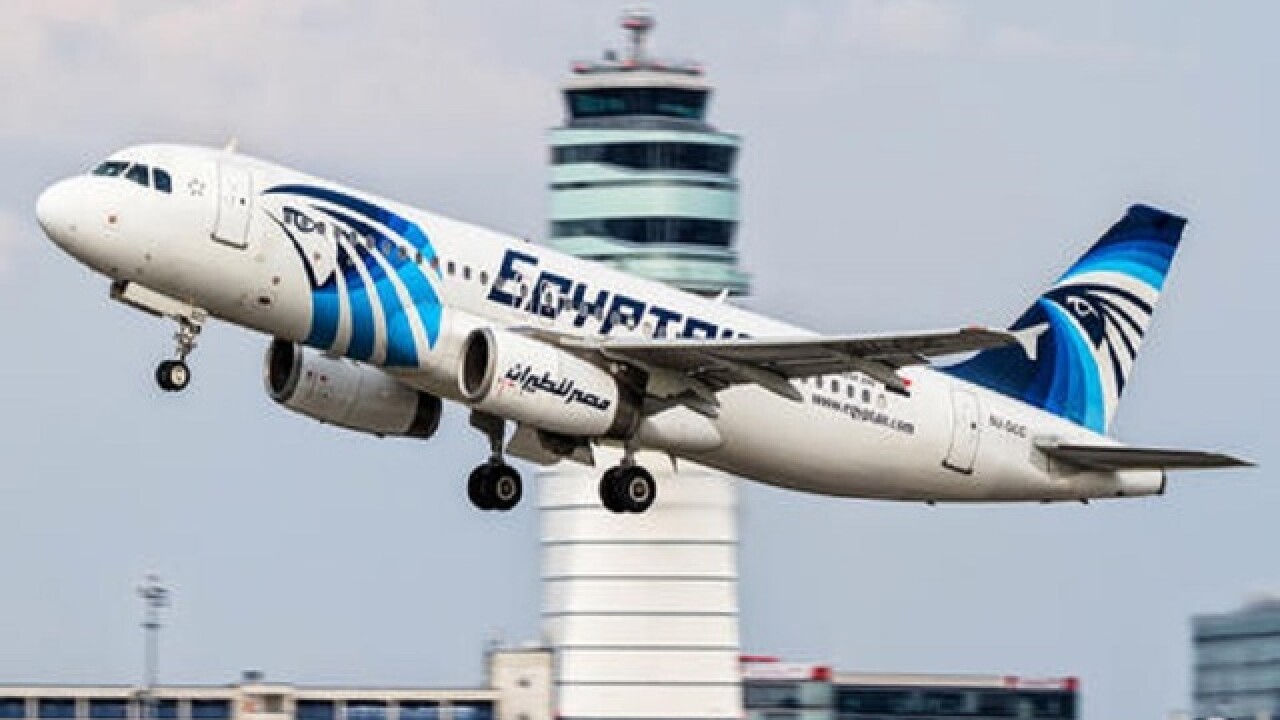 Thomas Ranner
<p>FILE -- This August 21, 2015 file photo shows an EgyptAir Airbus A320 with the registration SU-GCC taking off from Vienna International Airport, Austria. Egyptians officials say a bomb threat has forced an EgyptAir airliner en route to Beijing from Cairo to make an emergency landing in Uzbekistan, where the aircraft is being searched. (AP Photo/Thomas Ranner, File)</p>

CAIRO (AP) — An EgyptAir aircraft that made an emergency landing on Wednesday in Uzbekistan following a bomb threat has resumed its flight to Beijing, Egyptian officials said, the latest in a series of deadly or damaging air travel incidents involving Egypt.

The officials said no bomb was found after the Airbus A-330-220 and its passengers were searched by explosives experts and the plane took off for the Chinese capital four hours after it landed in the town of Urgench, about 840 kilometers (600 miles) west of the Uzbek capital, Tashkent.

According to the officials, an anonymous caller telephoned security agents at the Cairo airport to say a bomb was on board EgyptAir Flight 955 which had 135 passengers and crew on board. The agents immediately contacted the aircraft and ordered it to land at the nearest airport, they said. The officials spoke on condition of anonymity because they were not authorized to speak to the media.

In Russia, the news agency RIA Novosti quoted an unnamed official with Uzbekistan Airways as saying the airport in Urgench has been closed following the EgyptAir plane's emergency landing. Later, Russia's Interfax news agency quoted Uzbekistan Airways as saying the plane was searched, no explosive devices were found and the aircraft was cleared to go.

The incident came nearly three weeks after an EgyptAir flight crashed in the Mediterranean Sea as it was approaching the Egyptian coast while en route to Cairo from Paris. All 66 people on board were killed and the search for the plane's flight and data recorders — the so called black boxes — is still underway.

Egyptian officials say the Paris-Cairo plane was most likely downed by an act of terror.

Last October, a Russian airliner crashed in Egypt's Sinai Peninsula shortly after taking off from the Egyptian resort city of Sharm el-Sheikh, killing all 224 people on board. A local affiliate of the extremist Islamic State group claimed responsibility for downing the aircraft just hours after the crash. In November, Russia said an explosive device brought down the aircraft.

The Russian airliner's crash has decimated Egypt's already battered tourism industry. While the cause of the May 19 EgyptAir crash in the Mediterranean remains unknown, it has associated Egypt with another air disaster that further dented the once lucrative industry.

The two disasters have unsettled authorities at the Cairo airport, where false alarms or bomb threats have caused lengthy delays to flights and at least one cancellation this week.

Security has also been considerably tightened at Egypt's 20-plus airports since the Russian disaster, with passengers now subjected to roughly the same security measures in force at major international airports.