Elizabeth Smart fears for her safety if her kidnapper is released 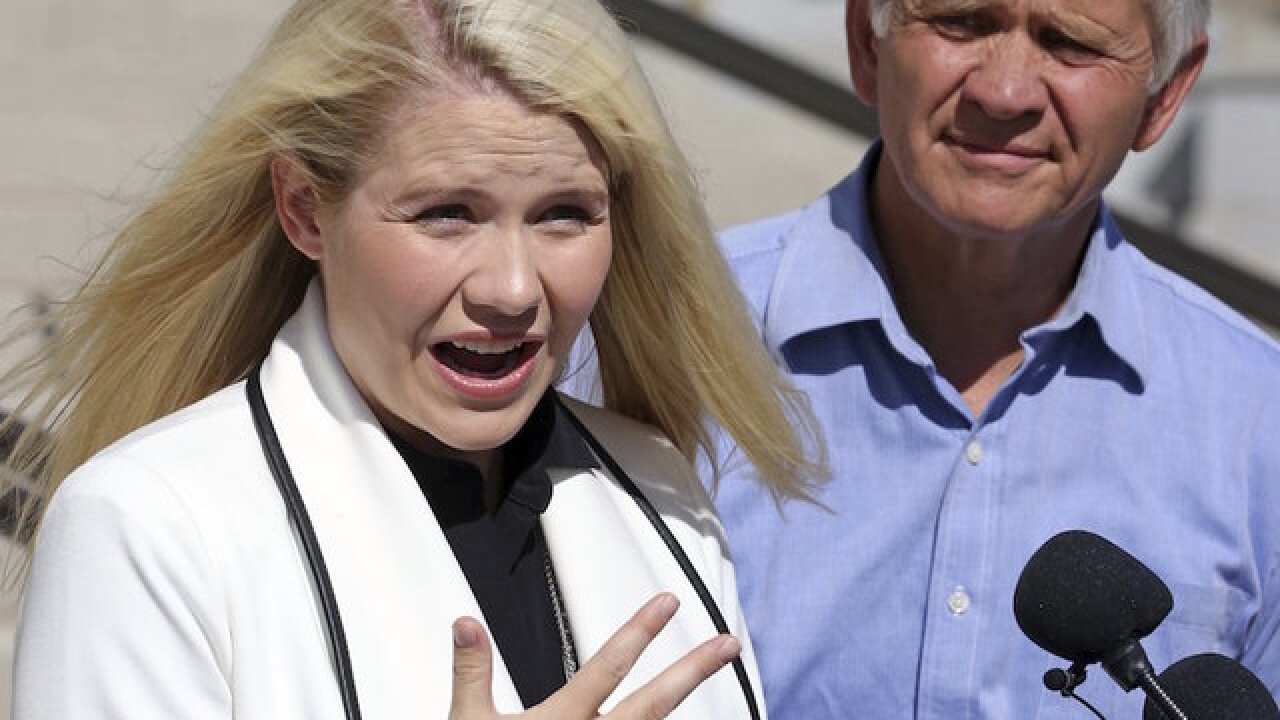 © 2018 Cable News Network, Inc.
Rick Bowmer/AP
<p>Wanda Eileen Barzee wasn't expected to be released from state prison for at least another five years. But after receiving credit for time served in federal prison, Barzee is scheduled for release on September 19.</p>

She knows it's a long shot, but Elizabeth Smart hopes officials will reconsider the decision to let one of her kidnappers out of prison.

Wanda Eileen Barzee wasn't expected to be released from state prison for at least another five years. But after receiving credit for time served in federal prison, Barzee is scheduled for release on September 19.

The news was a "big shock," Smart said in an impromptu news conference Thursday. Until recently, Smart was under the impression that Barzee would remain in prison until 2024 for kidnapping her from her Salt Lake City home when Smart was 14.

Smart said she has no viable legal options to challenge the release. But she hopes anyone with the power to change the outcome will "look twice" at Barzee.

"She is a woman who had six children and yet could co-conspire to kidnap a 14-year-old girl, and not only sit next to her while (she was) being raped, but encouraged her husband to continue to rape me. So, do I believe she I dangerous? Yes, but not just to me. I believe that she is a danger and a threat to any vulnerable person in our community," Smart said.

"I would urge the powers that be, and anyone who works under them, to really, strongly reconsider this situation, to look at all the facts, look at her mental status, and see if they really and honestly truly feel like she is no longer a threat and that she is ready to be released."

Smart acknowledged the possibility that Barzee was manipulated by her husband, Brian David Mitchell, whom she testified against in state and federal court. Mitchell, a self-described prophet who called himself Emmanuel, repeatedly raped Smart during her captivity. But Barzee was complicit, Smart said.

"Wanda Barzee saw me as her slave. She called me her handmaiden and she never hesitated to let her displeasure with me be known," Smart said.

"There were times when, yes, absolutely, she was manipulated by Mitchell. But she in her own right abused me as much as he did," she said.

Barzee received 15 years in federal prison in exchange for her cooperation in state and federal cases against Mitchell. She was released from a federal prison in Texas after completing her sentence in 2016 and returned to Utah to serve a state sentence.

"Upon further review and advice from legal counsel, the Board must count time spent in federal custody toward Ms. Barzee's state sentence," the Utah Board of Pardons and Parole said.