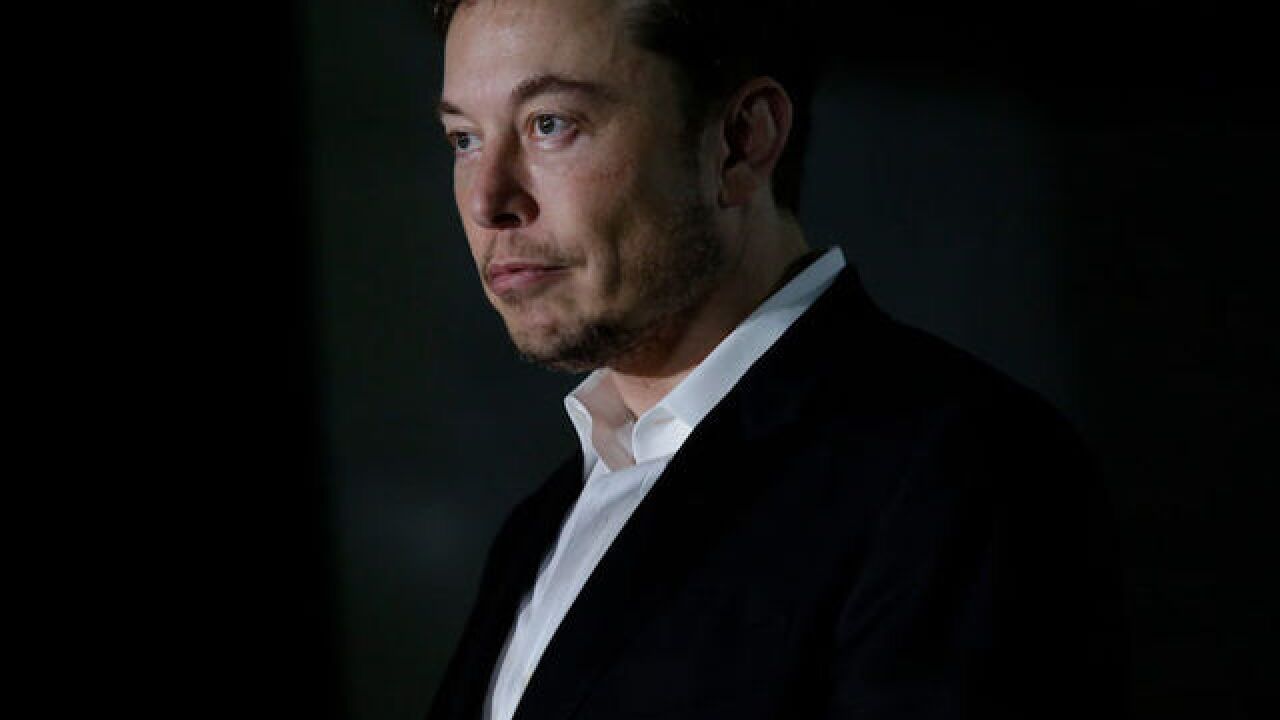 Image copyright 2018 Getty Images. All rights reserved. This material may not be published, broadcast, rewritten, or redistributed.
Joshua Lott
<p>Engineer and tech entrepreneur Elon Musk of The Boring Company listens as Chicago Mayor Rahm Emanuel talks about constructing a high speed transit tunnel at Block 37 during a news conference on June 14, 2018 in Chicago, Illinois. </p>

Billionaire tech entrepreneur Elon Musk, the CEO of several high-profile American companies, broadcast to his 22 million social media followers on Sunday an unfounded and disparaging claim about an expert caver who criticized a miniature submarine he made.

Musk attacked Vernon Unsworth, who helped in the rescue mission that saved 12 boys and their soccer coach from a flooding Thai cave.

He called Unsworth, a British caver who lives in Thailand, a "pedo" or pedophile in a now-deleted tweet. The unfounded claim came after Unsworth called Musk's miniature sub a "PR stunt."

There is no indication that Musk's statement is true, and he provided no justification or proof to back up his claim.

Unsworth said Monday that he is considering legal action against Musk, telling a reporter for Australia's Nine Network, "it's not finished."

Asked how he felt about Musk's remark, Unsworth added: "I am not gonna make any further comment about him but I think people realize what sort of a guy he is."

The experienced caver whose knowledge of the Tham Luang cave system helped pinpoint the boys location had said in an earlier interview with CNN that Musk's miniature escape pod "had absolutely no chance of working."

He can "stick his submarine where it hurts," Unsworth said during the interview in Thailand.

When Twitter users called out Musk's attack on Unsworth as unfair, he doubled down.

"Bet ya a signed dollar it's true," he wrote in another tweet that has since been removed.

Representatives for Musk and his companies — SpaceX, Boring Co. and Tesla — did not respond to requests for comment Sunday.

Musk, who's not shy about courting controversy on social media, draws intense attention to each post he makes.

In the midst of the tense rescue mission earlier this month, Musk announced plans to help. He proceeded to post regular updates on social media, including photos and a video of a "kid-size" submarine being constructed and tested.

"Hopefully useful," he said in one tweet. "If not, perhaps it will be in a future situation."

Ultimately, the capsule was not used in the rescue mission, and it was criticized by some as a distraction. The mission commander, Narongsak Osotthanakorn, said at one point that the submarine "doesn't fit with our mission," according to the BBC.

That prompted a retort from Musk. He responded to a tweet from the BBC, saying Osotthanakorn was "not the subject matter expert."

Musk also shared what he said was a screenshot of his email correspondence with Richard Stanton, a retired fireman who was one of the first to reach the soccer team deep within the cave, showing he encouraged Musk to keep developing the submarine.

"I thought they had it in hand & only agreed to help when Thai SEAL died (deep cave pumps not operating at time)," Musk said.

Musk continued to spar with other Twitter users Sunday.

He called one journalist who criticized his submarine a "jackass."