Fans sleep in bathroom to try to catch key game 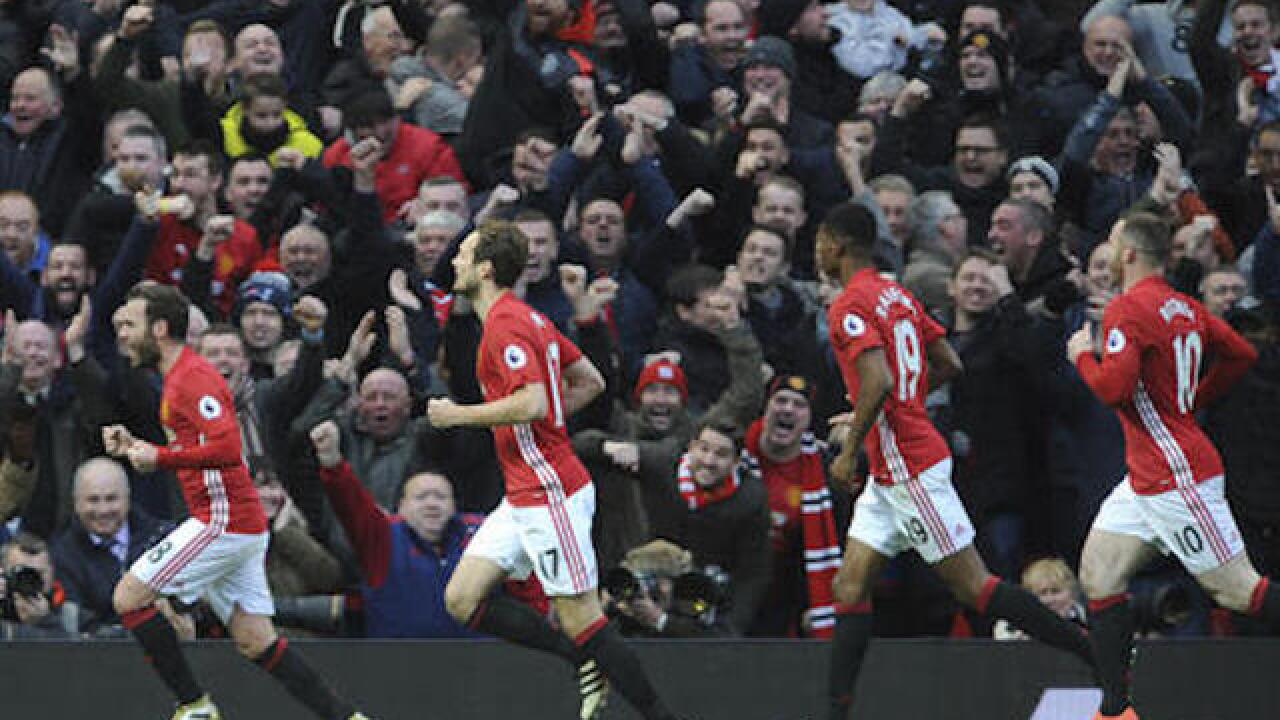 MANCHESTER, England (AP) — Some people will do anything to watch Manchester United play at Old Trafford.

Even sleep overnight in the stadium's bathroom.

Two United supporters took an official tour of the English club's iconic ground on Friday, the day before United played Arsenal there in a high-profile Premier League game.

Instead of leaving with the rest of the group at the end of the tour, the two fans hid in the bathroom and were found the following morning during a security sweep before the lunchtime kickoff.

Police decided not to arrest the two fans. United said they, and their belongings, had been thoroughly searched before entering the stadium, so was "confident there was no risk to safety." The fans did not get to see the game despite their efforts. They were ejected from the stadium by security guards.

"We realize people will go to any lengths to watch a game at Old Trafford," United said, "but these people went too far."

United said it will look into the incident.

United's Premier League match against Bournemouth at Old Trafford on the final weekend of last season was canceled after what police described as an "incredibly lifelike" device was found taped inside a toilet cubicle, leading to an evacuation of the stadium. It turned out the device was a fake bomb inadvertently left behind during a training exercise involving sniffer dogs that was undertaken by a private company days earlier.