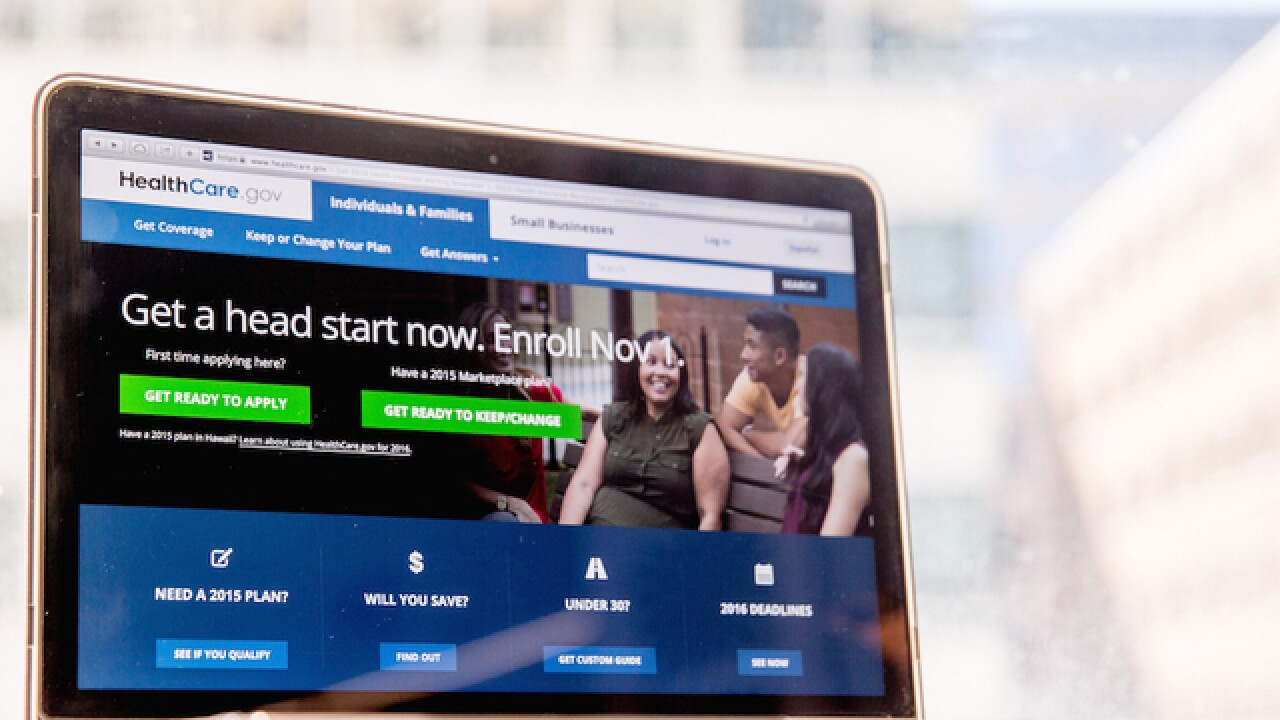 Andrew Harnik
<p>In this Oct. 6, 2015, file photo, the HealthCare.gov website, where people can buy health insurance, is displayed on a laptop screen in Washington. Expect insurers to seek significant premium increases under President Barack Obama’s health care law, in a wave of state-level requests rippling across the country ahead of the political conventions this summer.</p>

WASHINGTON, D.C. (AP) — Federal regulators are suing to stop two major health insurance mergers because they say the deals will increase health care costs for Americans and lower the quality of care they get.

The Department of Justice said Thursday that the combinations of Aetna and Humana and Anthem and Cigna would hurt competition that restrains the price of coverage and reduce benefits, among other drawbacks.

Consumers have been dealing with rising health care costs for years, a result of several factors. Prices for medicines and care have risen, and as they have, insurers — who ultimately pay most of the bill — have raised premiums and out-of-pocket expenses like deductibles to shift more costs to consumers and help protect their own bottom lines.

The big insurers argue that by getting larger they will be able to negotiate better prices for drugs and medical services with pharmaceutical companies, hospitals and doctor groups. They would in turn be able to offer lower prices to employers, individuals, and other customers.

But anti-trust regulators say having fewer big insures will reduce the competition to offer customers lower prices and more innovative plans and services.

"They do not need these deals to survive, and consumers are entitled to benefit from their continued competition," he said.

Baer said regulators were worried about how the deals will affect competition in three areas in particular: coverage offered by large employers, insurance sold on the Affordable Care Act's public exchanges and Medicare Advantage plans, which are privately run versions of the government's Medicare program for the elderly.

Regulators said in court documents that the deals would reshape the health insurance industry and eliminate two competitors "at a time when the industry is experimenting with new ways to lower (health care) costs."

In recent years insurers have turned more to technology to help customers find the most appropriate doctors and care providers and to help them take their medicines and manage their care, which can improve health and cut costs.

Industry experts say the impact of the deals on consumers would take years to materialize and could offer savings in some areas, along with the risk of higher costs elsewhere.

"Any impact would be measured over years, not days or weeks or months," said Gary Claxton, a vice president with the Kaiser Family Foundation, which studies health care issues.