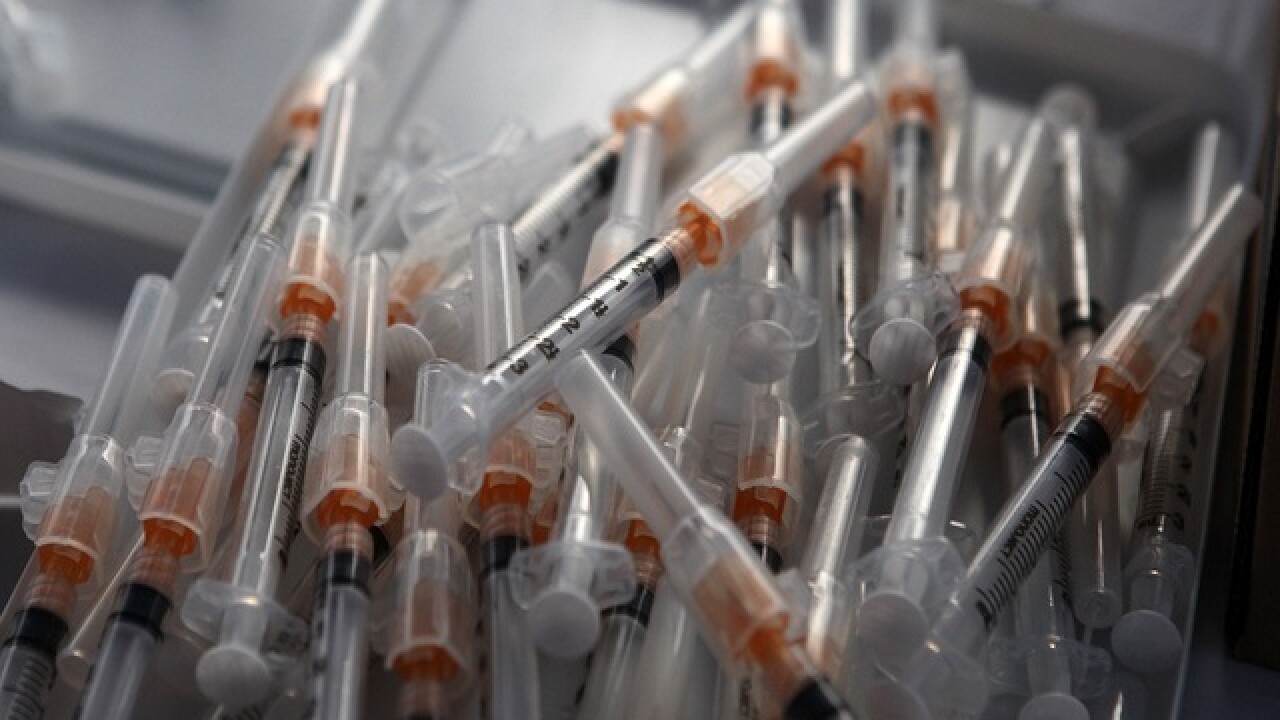 DENVER (AP) — Federal prosecutors in Colorado announced Wednesday that a hospital surgery technician accused of stealing painkiller syringes is HIV positive and urged patients who may have possibly been infected by him to be tested.
Authorities haven't previously described the health status of Rocky Allen, who has pleaded not guilty to charges that he took a syringe of painkillers and replaced it with one containing another substance at Swedish Medical Center in suburban Denver. Prosecutors previously only referred to him as having an undisclosed "blood-borne pathogen" during a court hearing in February.
Allen had tested negative for Hepatitis B and C, the statement from the U.S. Attorney's Office also said.
The fear is that Allen may have replaced the needles intended for patients with syringes he previously used, making it possible for patients to be infected. However, Allen's public defender, Timothy O'Hara, has said that while evidence showed Allen may have switched syringes, there was no reason to believe he was re-using them.
Public health officials have said the risk of exposure to blood-borne pathogens is low, and there have been no reported cases of patients becoming infected because of Allen.
Authorities say someone saw Allen take a syringe filled with painkillers from an operating room at Swedish Medical Center on Jan. 22. The hospital fired him, and three weeks later federal prosecutors charged him with tampering with a consumer product and obtaining a controlled substance by deceit.
Prosecutors have said he has a history of moving from hospital to hospital and lying about his past to steal drugs.
Court records say that before Allen moved to Colorado, he had been fired from at least three hospitals in Arizona, California and Washington. Patients who were treated there have also been advised to be tested.
It wasn't immediately known what steps the hospitals took to investigate Allen's past. Prosecutors say he lied about his previous drug problems when he applied for the job at Swedish.
Allen also had drug problems when he served in the Navy, according to military records. The Navy said he was court-martialed in 2011 for stealing pain medication.
Colorado health officials said Swedish officials attempted to notify about 3,000 patients who underwent surgery in the hospital's main operating room during Allen's employment, from August last year until January this year.
In a statement, Dr. Larry Wolk, chief medical officer and executive director of the Colorado Department of Public Health and Environment, said complete test results were not obtained for about 1,000 patients. While the department said no evidence of transmission was found in those for whom testing was completed, it could not confirm that no diseases were passed on because testing was incomplete.
The U.S. Attorney's office and Wolk urged potentially affected patients who have not been tested to do so, noting that Swedish continues to offer them free testing.
Allen's lawyer says he suffers from post-traumatic stress disorder after serving as a Navy medical worker in Afghanistan, where he started using drugs.
Wolk added Wednesday that the health department's Health Facilities and Emergency Medical Services Division finalized a report of its investigation in April and found "deficient practice" in Swedish pharmacy services, including drug auditing procedures, infection control and surgical services.
"Ensuring accountability and tracking controlled drugs were addressed in the hospital's plan of correction," Wolk said.
Hospital spokeswoman Nicole Williams said the problems found were not directly related to the Allen case and that a later review found "zero deficiencies."
Copyright 2016 The Associated Press. All rights reserved. This material may not be published, broadcast, rewritten or redistributed.