Florida man robs bank, throws stolen money out of window of getaway car as he leads police on chase 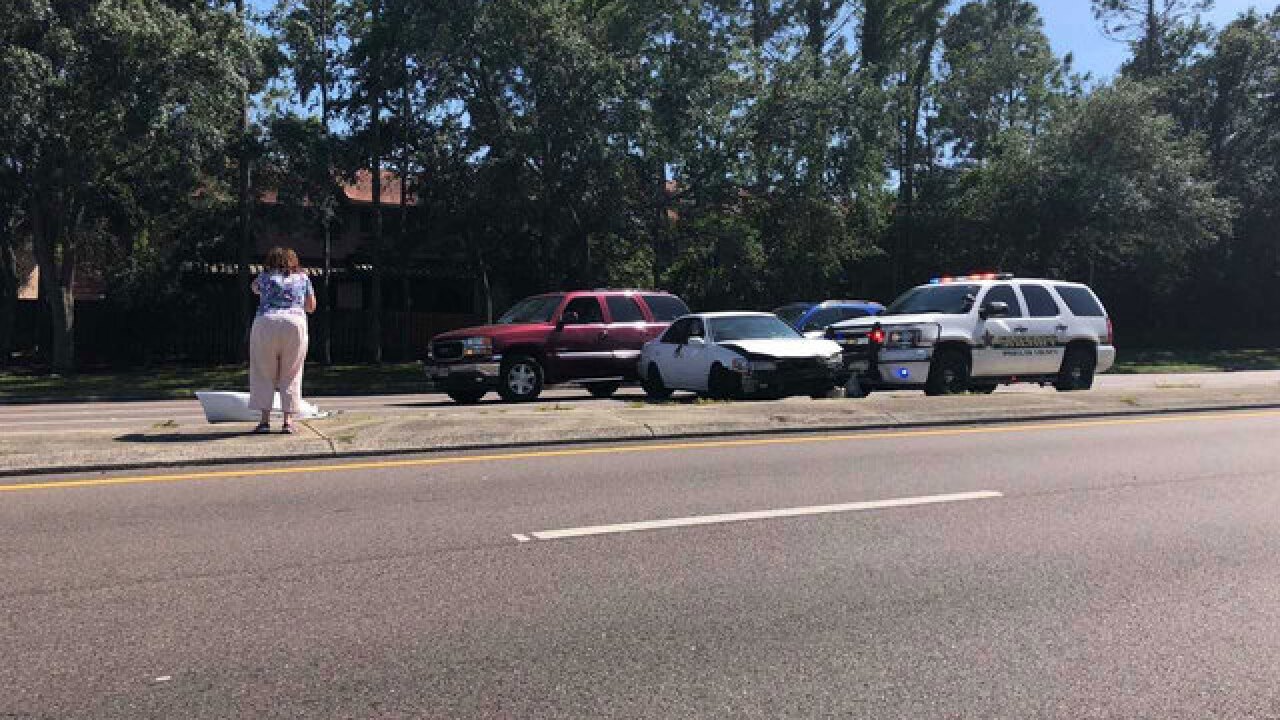 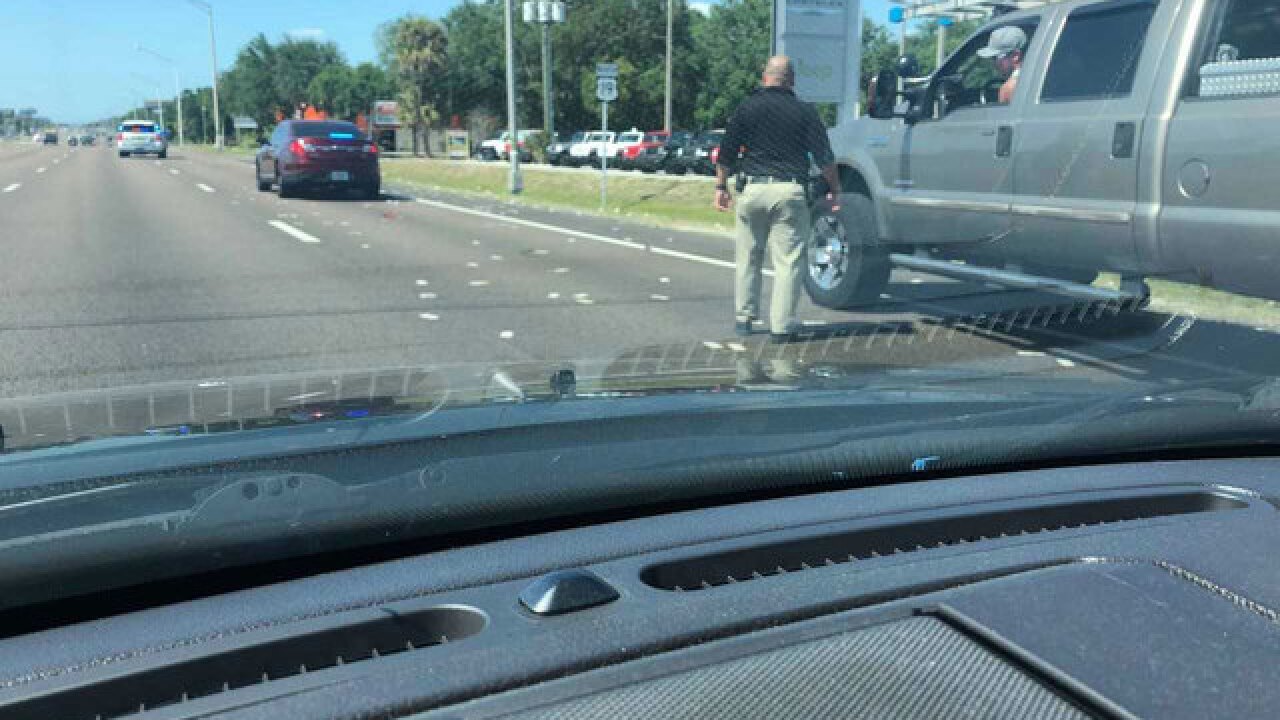 PINELLAS COUNTY, Fla. — Deputies say that a Florida man who robbed a bank on Thursday began throwing money out the window of his getaway car as he led police on a chase.

According to the Pinellas County Sheriff's Office, just before 4 p.m., 37-year-old Anquan Walters walked into the Hancock Bank in unincorporated Clearwater wearing long pants, a long sleeve shirt, gloves, glasses with a fake beard and pantyhose over his head.

Witnesses told investigators that Walters was carrying a black handgun when he jumped over the counter, he ordered people to the ground and demanded money. Walters was given an undisclosed amount of cash and he exited the bank.

Detectives say Walters got into a 1998 Toyota Camry and fled northbound on U.S. Highway 19.

As Walters was fleeing from the bank, multiple dye packs exploded and Walters started throwing cash out of the window of the Camry, onto U.S. Highway 19 North, deputies say.

A viewer shared a photo of the money scattered on U.S. 19 with Scripps station WFTS in Tampa.

Responding deputies spotted Walter's Camry traveling northbound towards the intersection of U.S. Highway 19 and Curlew Road. Deputies tried stopping Walters but he fled in the Camry at a high rate of speed, eastbound on Curlew Road from U.S. Highway 19 North.

Deputies initiated a vehicle pursuit and successfully deployed a tire deflation device that deflated the tires on Walter's Camry as he approached Countryside Boulevard.

Detectives say Walters lost control of the Camry and crashed into two vehicles that were stopped at the intersection of Curlew Road and Countryside Boulevard.

Walters reportedly abandoned the damaged Camry and fled on foot northbound into a nearby apartment complex. Deputies chased Walters on foot and apprehended him shortly after.

Detectives say Walter's clothes were covered in colored dye as a result of the bank's dye pack exploding.

The driver of one of the vehicles Walter hit was transported to the hospital with non-life threatening injuries. No other injuries have been reported.

Detectives arrested Walters and transported him to the Pinellas County Jail.