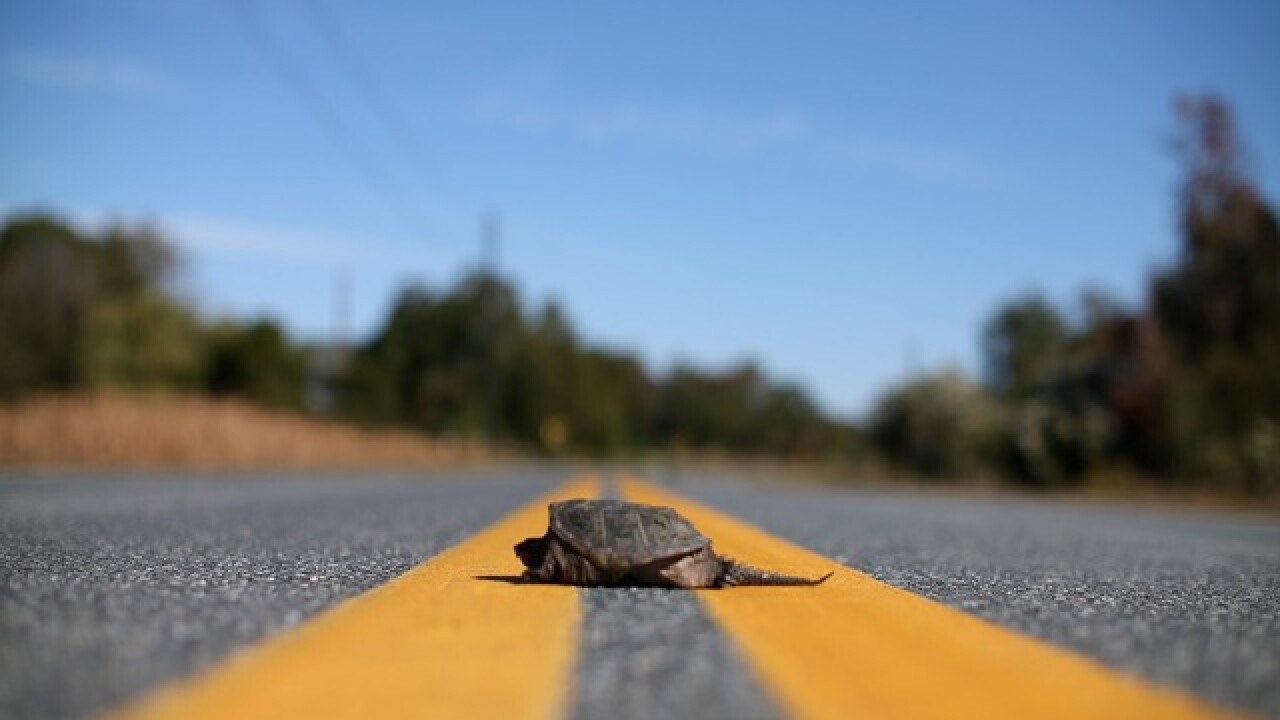 Mark Wilson
<p>HOOPERS ISLAND, MD - OCTOBER 08: A Snapping Turtle sits in the middle of the road October 8, 2014 in Hoopers Island, Maryland. Several islands in the Chesapeake Bay region are slowly eroding away as sea levels are projected to rise several feet over the next century. (Photo by Mark Wilson/Getty Images)</p>

Talk about being shell-shocked.
A driver got an unexpected and dramatic visit last week as she drove down I-4 in Deltona, Florida, at 75 miles per hour.
It was a turtle. And the poor reptile seemed just as baffled as she was.
After all, the little guy smashed through the car’s windshield and bounced off the passenger seat, before landing on the dashboard -- shaken up, of course.
“As soon as it hit the windshield, of course I was a little freaked out and hysterical,” Nicole Bjanes told ABC News.
Bjanes, who was treated at the scene for minor cuts, posted photos of the incident to Facebook, where it soon racked up thousands of shares.
Officials with Florida Highway Patrol explained that the turtle became airborne after being struck by another vehicle in front.
Amazingly, the turtle walked away -- or should we say swam away – unscathed. It was reportedly removed and placed in a nearby pond.
Scripps Only Content 2016