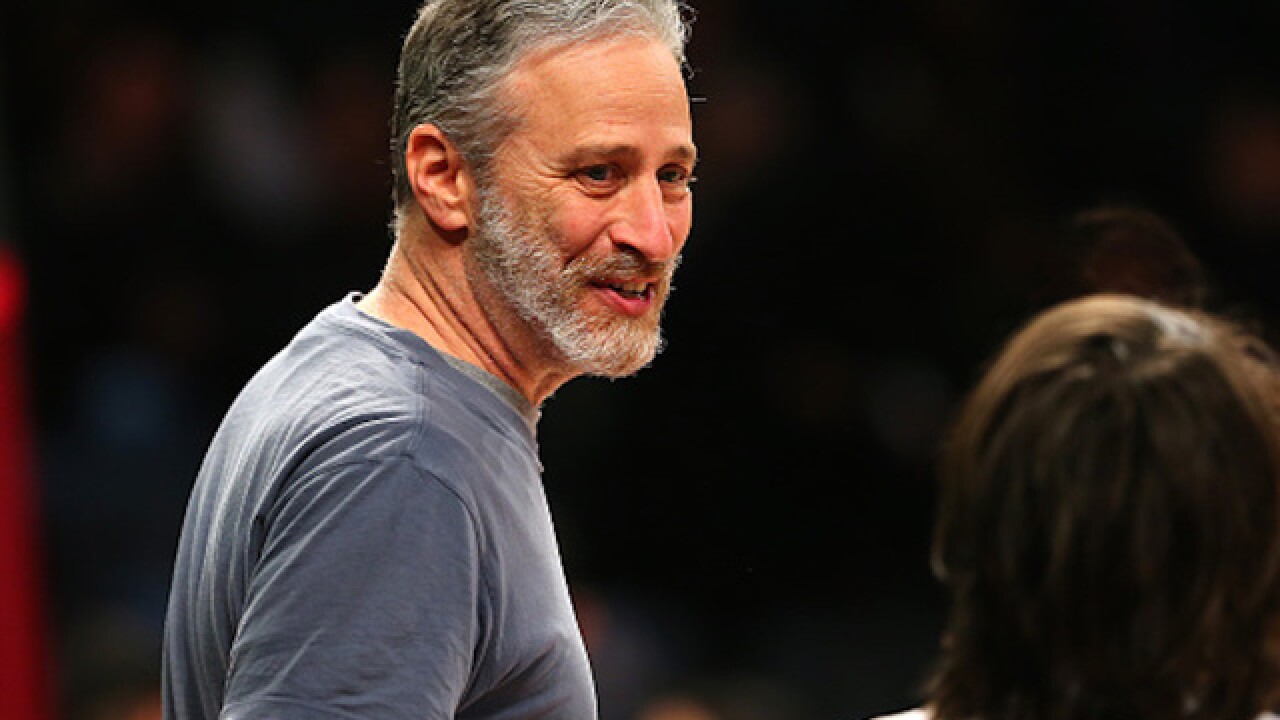 Elsa
<p>TORONTO, ON - FEBRUARY 13: TV personality Jon Stewart attends the Verizon Slam Dunk Contest during NBA All-Star Weekend 2016 at Air Canada Centre on February 13, 2016 in Toronto, Canada. NOTE TO USER: User expressly acknowledges and agrees that, by downloading and/or using this Photograph, user is consenting to the terms and conditions of the Getty Images License Agreement. (Photo by Elsa/Getty Images)</p>

Most recent retirees adopt a cat or a dog. But former Daily Show host Jon Stewart went a different route this week, and adopted a full-grown Angus bull.

Stewart owns a 12-acre farm in Middletown, New Jersey called Bufflehead Farms that acts as a sanctuary for mistreated animals. He adopted the bull after it escaped from a slaughterhouse in Jamaica, Queens in New York City.

THE DAIRY SHOWEarly Friday morning students at York College in Queens may have thought they were part of an April Fool...

Officials at the ACC named the bull Frank Lee, after notorious criminal Frank Lee Morris — one of the only prisoners to ever escape from Alcatraz prison.

The ACC then contacted Stewart and his wife, Tracey, and asked if they would be interested in adopting Frank Lee and taking him to their sanctuary in New Jersey.

After meeting Frank Lee in person (and giving him a snack), Stewart agreed to adopt Frank Lee.

Breaking News: We are happy to report that the bull who was on the run earlier today in Queens is safe and on his way to Farm Sanctuary in Watkins Glen, NY. Jon and Tracey Stewart picked up the individual whom we are calling Frank this afternoon from Animal Care Centers of NYC (ACC). Special thanks to our colleague Mike Stura of Skylands Animal Sanctuary And Rescue who drove out to assist with the transport. More info to come.

Learn more about the Stewarts’ farm in the video below: