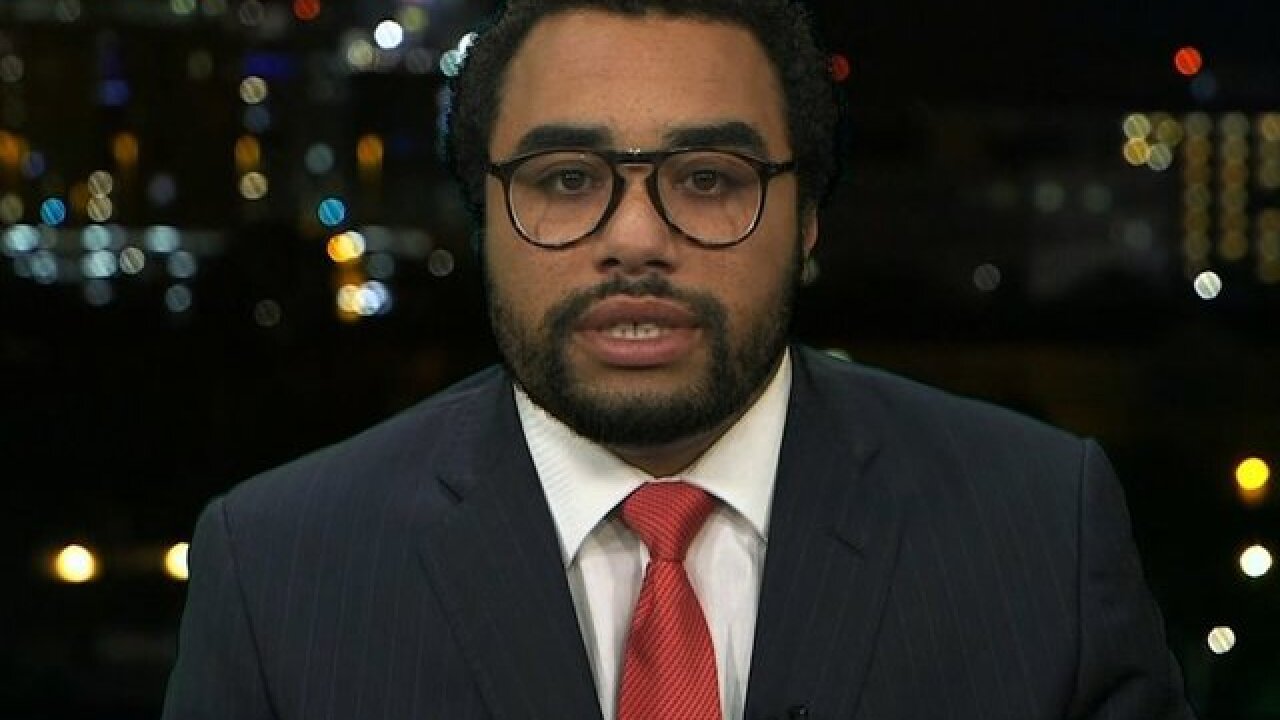 © 2018 Cable News Network, Inc.
CNN
<p>A former youth social worker at a government-contracted immigration shelter in Tuscon, Arizona, says he quit his job because he was concerned about the treatment of children at the center.</p>

When Antar Davidson was ordered to separate two brothers and a sister tightly hugging each other, he realized his time as a youth care worker at an Arizona immigrant children's shelter was coming to an end.

"I was told that they should not be able to hug," said Davidson, "and (I) basically realized that being in Southwest Key would mean -- continuing to remain there, despite the good I was doing -- would mean that I had basically come up to doing things I felt were morally wrong."

Davidson spoke out Monday night and Tuesday morning with CNN about his former job at Southwest Key, a non-profit group that runs 26 immigrant children's shelters across Texas, Arizona and California.

The former shelter employee explained how the job sharply changed after the Trump administration began its zero-tolerance policy toward illegal immigrant crossings. The new policy has had the immediate effect of separating parents from their children with an unclear process for getting them back together.

'Crying for their mother'

Previously, the children coming in to the shelter were better behaved and relatively calm, Davidson said. Overall, these children had been prepared for the journey and knew that they would spend some time in a shelter and then would be reunited with their parents, he explained.

But about six weeks ago, he started to notice more children coming to the shelter who were extremely distressed, erratic and showed signs of trauma.

"Over the past six weeks, they've been seeing more and more kids who weren't prepared for the situation, that were basically lifted from their parents' arms," Davidson said. "And as such, they were running around and crying for their mother and basically generally displaying signs of trauma, as any child would who doesn't know where they are or where their parent is."

Cindy Casares, director of communications for Southwest Key Programs , defended its staff in a statement.

"Southwest Key has experienced, trained staff to provide comfort and counseling and to help the child feel more comfortable," she said. "Hugging is absolutely allowed."

In all, Davidson said his former position was an intense job. The job boards, he said, were full of open positions and brutal job reviews because of the "horror" of working in that environment.

He also rejected the simplistic conclusions of those who had only visited immigration facilities for a quick tour.

"It's easy for a person on an official visit being shown by the organization itself to determine that the facility is nice," he said. "It's a different thing to basically work there day in and day out. You can't determine the widespread treatment. You have so many interactions, so many facilities, so many employees that on one visit to unequivocally say that everything is fine is quite a stretch."