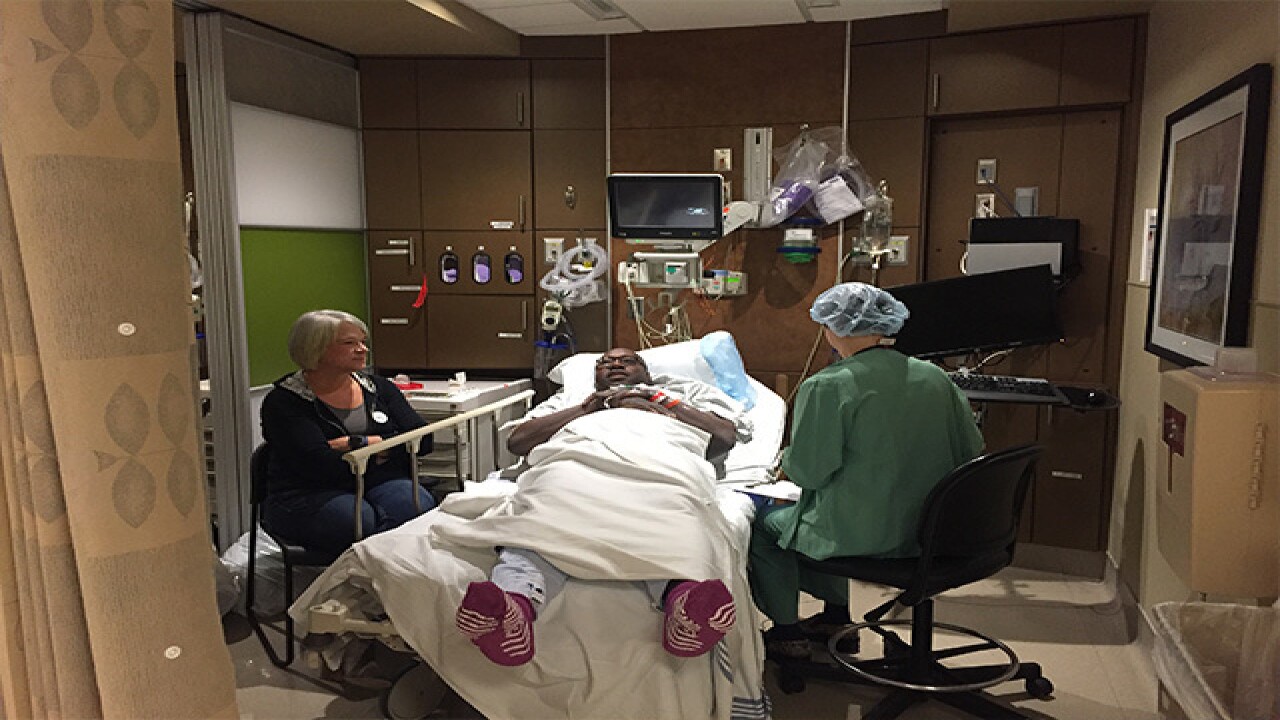 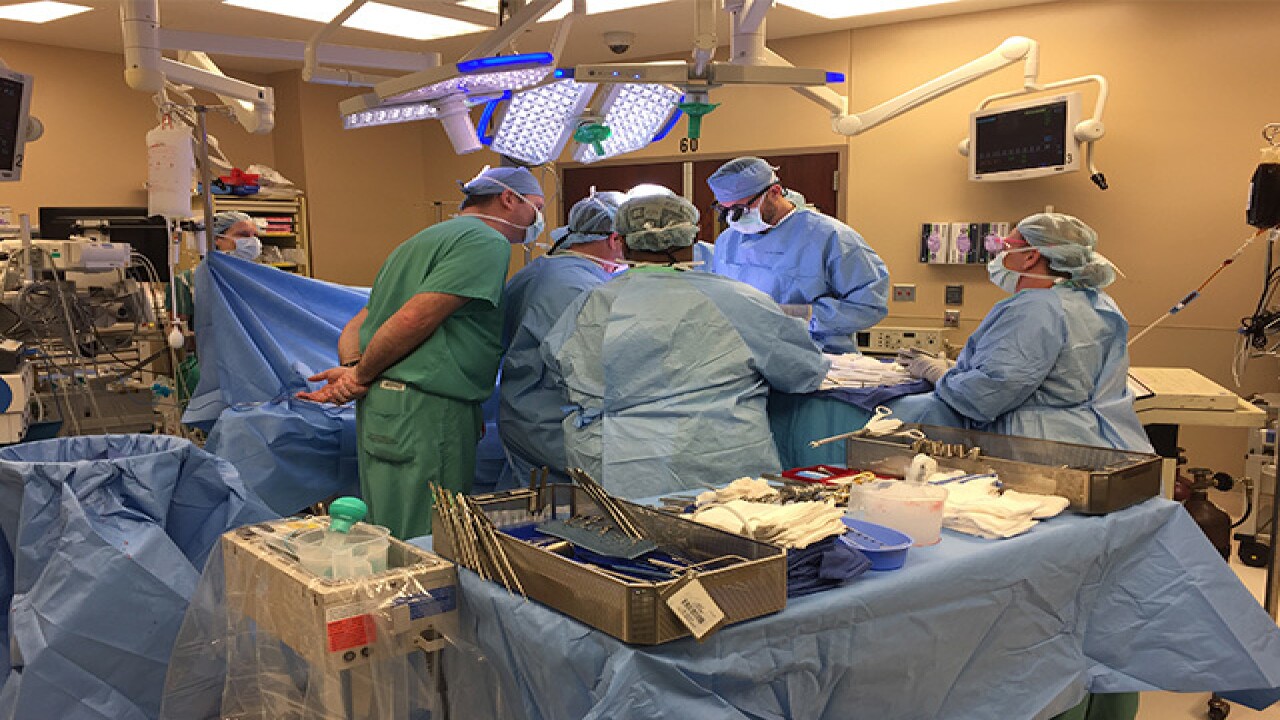 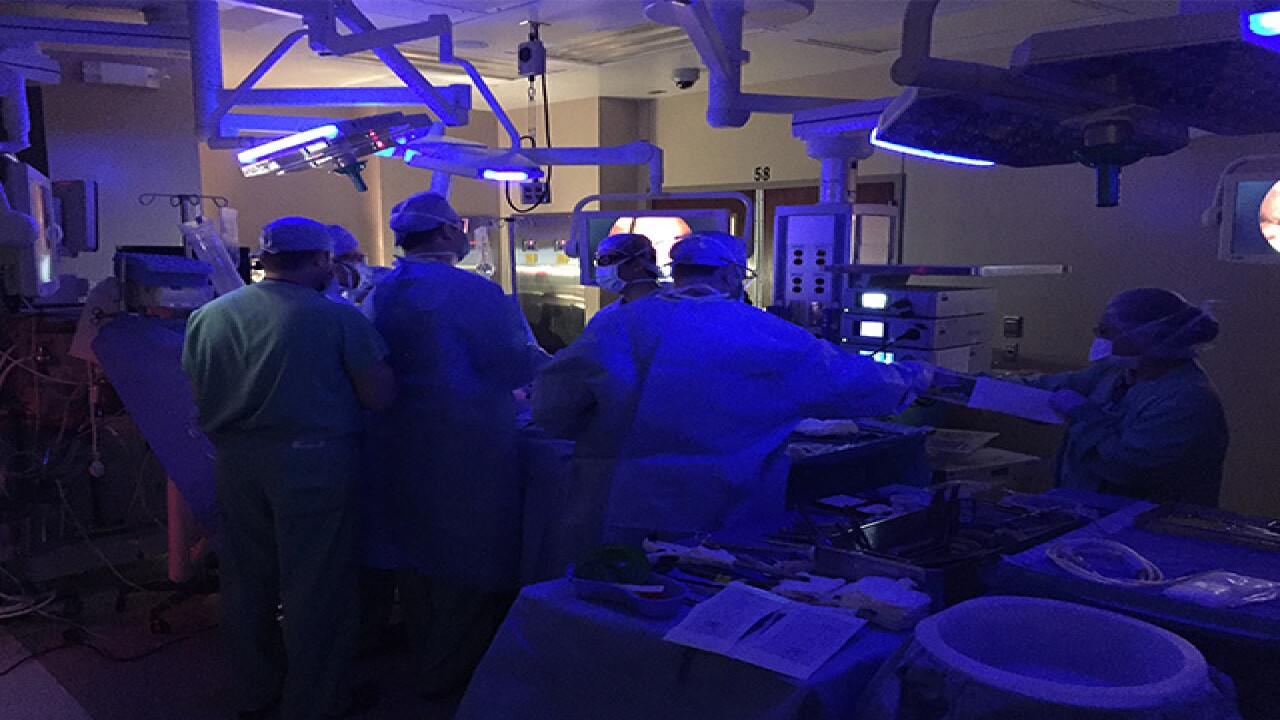 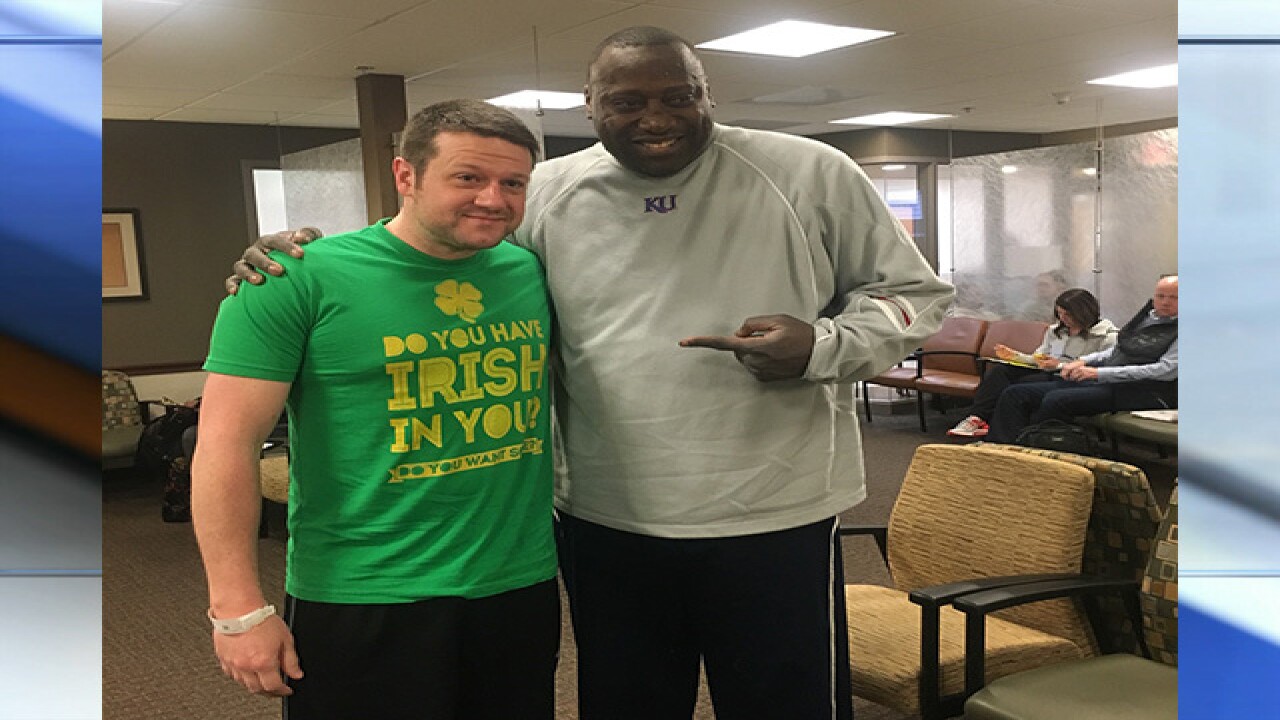 Former University of Kansas  basketball standout Alonzo Jamison developed type-2 diabetes and lost function in his kidneys. By April 2015, he was on dialysis for 8-to-10 hours a day and needed a new kidney.

Colleen Jamison, Alonzo's wife, stepped up to try to give him one of her kidneys, but she wasn't a match. She offered to join a match program where she would donate her kidney to another pair who needed it if they could get the kidney Alonzo needed.

Fast forward to January 24, the transplant surgery is planned and Kansas City-based KSHB cameras were the only ones allowed inside for the life-saving procedure.

Just before heading in to get his transplant, we asked Alonzo the number one feeling he had about this process.

"I think it's going to be gratefulness and I feel that now and I'm going to continue to feel that for that man over there," he said.

That man is Army veteran Shekinah Bailey, who barely knew the Jamison's until someone shared a link. "I saw the interview actually you did on Facebook," Bailey told us. "It kind of dawned on me that it's like, if I'm willing to be a soldier and go out there and lay down my life what's a few months of inconvenience to give somebody a kidney?"

Dr. Sean Kumer, surgical director of Liver Transplant and Living Donation for the University of Kansas Health System, is Shekinah's surgeon. He works with living donors regularly and said not only are they rare but, "they're the only person getting an operation in the entire hospital that doesn't need one so that ups the ante."

Dr. Tim Schmitt, Alonzo's surgeon, is the director of transplant at the University of Kansas Health System. He said Alonzo, "won't know how bad he actually felt once this kidney starts working."

The surgery was a success and Alonzo is already feeling better.

"You just don't know how it feels to have a gift like this. This is just once in a lifetime type of situation and I can't put it into words," he shared.