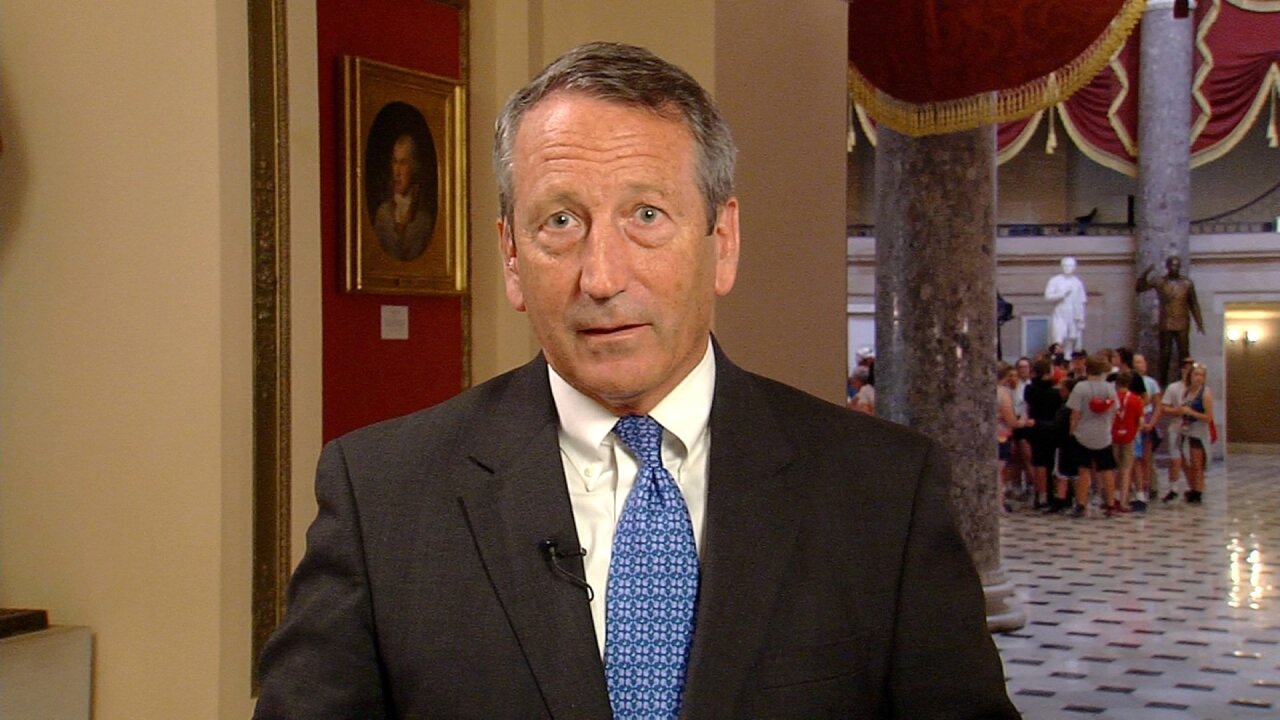 Former South Carolina Republican Rep. Mark Sanford, who lost his primary race last year after voicing criticism of President Donald Trump, says he is considering mounting a challenge to the President in 2020.

Sanford told CNN's Brianna Keilar on "CNN Right Now" he will explore a possible candidacy over the next month.

He said there is "no discussion of debt, deficit and government spending in Washington these days," when asked why he is considering a run.

"The President said we're not going to touch the very things that drive debt and spending," he said. "So I think that we're walking our way into one heck of a financial storm and there's no discussion."

Sanford said there is "more than enough commentary" about the President's "noxious" and "weird" comments, and his bid would instead focus on debt and spending.

The Post and Courier first reported Sanford was considering a presidential run.

Sanford, whose presidential bid would be a long shot, said he has been privately considering whether to run since leaving office in January. He said he was waiting to see if any other high-profile Republicans like Ohio Gov. John Kasich would primary the President, according to the newspaper. Kasich said he has no intention of running for office again .

If he decides to run, Sanford would join former Massachusetts Gov. Bill Weld, who announced in April he was officially entering the race to challenge Trump in 2020.

The chairman of the South Carolina Republican Party, Drew McKissick, said in a statement, "The last time Mark Sanford had an idea this dumb, it killed his Governorship. This makes about as much sense as that trip up the Appalachian trail."

In 2009, Sanford, who was governor of the state at the time, infamously disappeared for a few days and told the public he was hiking the Appalachian Trail. He later admitted he was actually in Argentina carrying on an extramarital affair.

"I'm an imperfect messenger, no doubt about it," Sanford said on CNN's "New Day" Wednesday.

Sanford also does not doubt that Trump would personally attack him by mentioning the incident of marital infidelity should he decide to challenge Trump.

Sanford lost the South Carolina Republican primary to state Rep. Katie Arrington last year. The President endorsed Arrington hours before the polls closed in a tweet attacking Sanford for being "very unhelpful to me in my campaign to MAGA." Arrington later lost the election to Democrat Joe Cunningham.

Sanford has been a frequent critic of the President. In 2017, after the shooting at congressional Republicans' baseball practice, Sanford said on MSNBC that Trump is "partially to blame for demons that have been unleashed" in American politics.

Sanford told Politico Magazine the same year that Trump had "fanned the flames of intolerance," and said it was "befuddling" that "facts don't matter" with Trump.