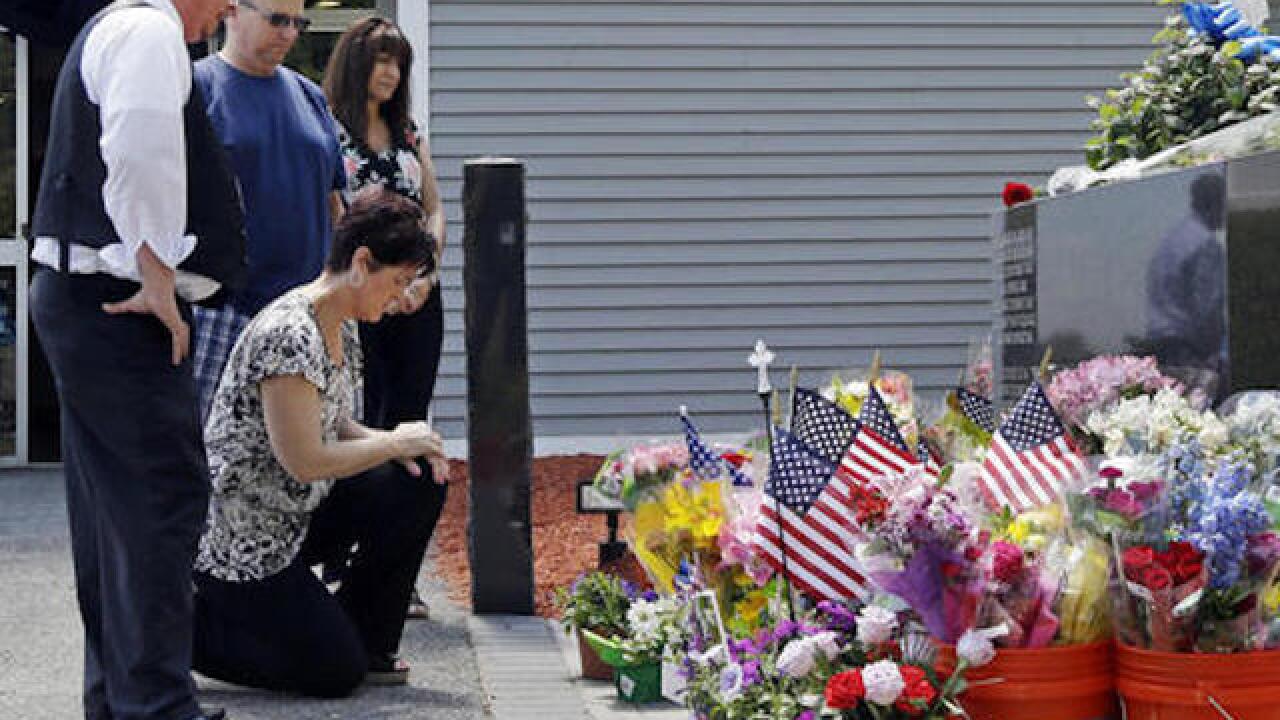 CHARLTON, Mass. (AP) — A community is paying its final respects to a police officer who was fatally shot during a traffic stop.

A wake for Auburn Officer Ronald Tarentino Jr. is scheduled for Thursday at St. Joseph Catholic Church in Charlton.

A funeral Mass is planned for Friday morning at St. Joseph, followed by burial at Greenville Baptist Church Cemetery in Tarentino's hometown of Leicester.

The 42-year-old was shot in the back by Jorge Zambrano during a traffic stop early on May 22, authorities said. Zambrano was later killed after he fired at police from a bedroom closet inside a duplex apartment, injuring a state trooper, state officials said.

Zambrano had a long criminal history, and some have criticized the judicial system for allowing him to be free after a string of recent arrests and repeated probation violations.

Trial Court Chief Justice Paula Carey said in a statement Wednesday that court officials are reviewing all Zambrano's interactions with the court system, including the probation department. Carey said a preliminary review shows no violation of court rules, laws or procedures. She said a thorough review of Zambrano's court cases is a "major priority" for the Trial Court.

Tarentino was the son of a longtime Medford officer and an avid outdoorsman. He's survived by his wife and three sons.