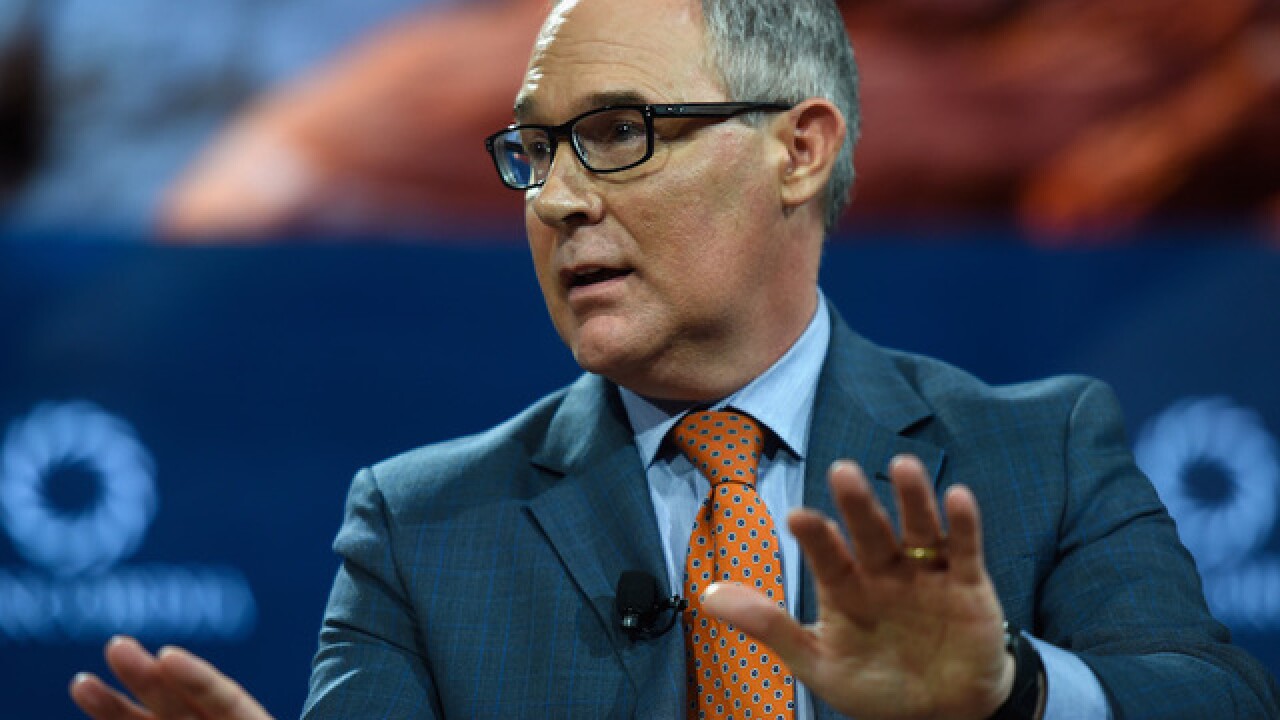 The GAO, a government spending watchdog that reports to Congress, cites a requirement that executive branch agencies must notify Congress before spending more than $5,000 on certain office improvements.

"Because EPA violated this statutory requirement, we also conclude that EPA violated the Antideficiency Act and should report its violation to the Congress and the President as required by law," GAO said in a statement by one of its attorneys, Julie Matta.

GPO's conclusions, outlined in a letter to congressional Democrats, follows a string of revelations about Pruitt's often pricey measures at the agency, including first class travel and 24/7 security.

Pruitt is the first EPA administrator to employ an around-the-clock security detail. He has flown first or business class when traveling. He installed biometric locks on his office and closed the area around it to EPA personnel who are not on an approved list. The agency paid $3,000 to a business partner of his security chief to check his office for spying technology.

It is not yet clear what the consequences, if any, may be. President Donald Trump has repeatedly backed Pruitt through the revelations -- about expensive travel, a below-market-rate lease from an energy lobbyist, and raises given to aides against White House direction -- calling him a "good man" who "is doing a great job!"

The $24,570 "privacy booth for the administrator" was ordered in August from a Virginia-based company that specializing in soundproofing materials. The total price of around $43,000 included renovations to prepare space for the booth, including removing a closed circuit camera system.

EPA did not immediately respond to a request for comment.