Government shuts down as Senate fails to pass a spending bill 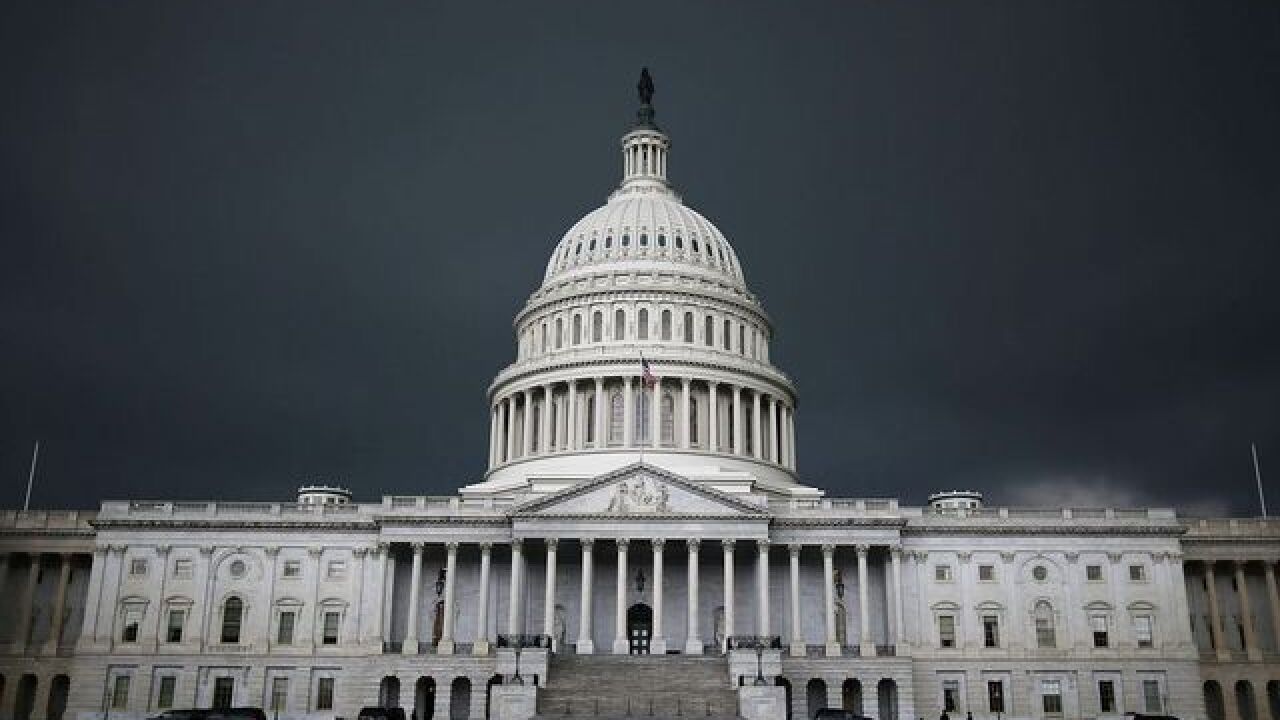 A key Senate vote to avoid a government shutdown failed Friday night, as the shutdown deadline passed without a deal in place.

Congressional leaders are continuing to debate a deal on the Senate floor.

Sixty votes were needed to advance the bill. Republicans only control 51 seats, so GOP leaders needed Democratic votes to cross that threshold. As of 11 p.m. ET, the vote was still technically ongoing but enough senators had voted against the plan to prevent it from advancing.

While the vote has been left open, congressional leaders -- including Senate Majority Leader Mitch McConnell and Senate Minority Leader Chuck Schumer -- are working to come up with a deal on the floor of the chamber. A senior GOP source says at this point, there is not enough time or space for a last minute deal. The source says the talks on the floor are, indeed, real and "potentially productive" but the gap is too big to bridge right now.

One of the key issues in the final moments before the shutdown has been just how long to extend funding. The House passed a measure Thursday night to continue funding the government through February 16, and that measure is the one that appeared on track to fail in the Senate. Democrats have pushed for a shorter-term continuing resolution of a couple days. Sen. Lindsey Graham, a South Carolina Republican who said he would not vote for the House proposal, pushed a plan to keep the government open until February 8.

Two sources say Democrats have pitched a new continuing resolution that would expire on January 29, the day before President Donald Trump's State of the Union address. Republicans are not willing to consider that, one source says, but conversations are still ongoing.

Two GOP sources say that Graham's three-week compromise idea wasn't by accident -- it is the off-ramp on the table, if Democrats are willing to take it.

"It's a live option," one of the sources said -- one Democrats have been told is an acceptable change for Republicans. The big question, the sources said, is whether it goes nearly far enough for Democrats who've listed a litany if reasons for their opposition.

Searching for a deal in the Senate

On Friday afternoon, McConnell got a second and third Senate Democrat -- Sen. Joe Donnelly of Indiana and later Heidi Heitkamp of North Dakota -- to say that they would vote to keep the government open until February 16. However, since at least two Republicans have said they'll vote against the measure, the Kentucky Republican still might need as many as dozen more members of the opposing party in order to pass the plan.

Trump showed his support for the House plan just hours before that vote was scheduled.

"Excellent preliminary meeting in Oval with @SenSchumer - working on solutions for Security and our great Military together with @SenateMajLdr McConnell and @SpeakerRyan. Making progress - four week extension would be best!" Trump tweeted Friday evening, a reference to the Republican-backed plan of funding government for the next four weeks as opposed to just a couple of days, as pitched by Democratic leaders.

White House Budget Director Mick Mulvaney told CNN's "The Situation Room with Wolf Blitzer" that as efforts continue to reach an agreement, "we're in a weekend so we have a little more flexibility here."

On Friday evening, Trump also spoke by phone to House Speaker Paul Ryan, according to a source familiar.

Not speaking to each other: McConnell and Schumer. Three sources told CNN that the two leaders in the Senate had not spoken to each other on Friday as of 5 p.m. ET and have no conversations scheduled.

Rep. John Yarmuth, a Kentucky Democrat, told reporters that the House Democratic leadership team concluded at their meeting Friday night there would be a government shutdown and the group expected it to last through early next week.

"I think it is almost 100% likely that the government will shut down for some period of time -- now my guess is it won't go past the first of the week -- in which the disruption won't be particularly severe," said Yarmuth, the top Democrat on the House Budget Committee.

Pelosi gave a very brief overview to the leadership team of what Schumer told her about his meeting with the President. According to Yarmuth, Schumer laid out what his priorities are and the President said he wanted the Senate to pass the House bill. Asked why the meeting lasted so long, he quipped, "Well, Trump repeats himself, that's what I understand."

Yarmuth expected the House, which was scheduled to be out of session next week, would likely come back just for a day to approve some type of stopgap bill.

"There are all sorts of things being discussed apparently, from one day to three days, to five days, to three weeks to four weeks. Four weeks being the president's position." He said Democrats would be fine with backing some type of short term continuing resolution.

Some Democratic aides for progressive members have been worried that Schumer would cut a deal and give away leverage on some of their priorities, but Yarmuth insisted that the House and Senate Democrats are "in 100% agreement on this and totally working hand in hand."

Details of the Schumer meeting

Trump's chief of staff John Kelly was the only White House official present at the meeting, a person familiar told CNN.

McConnell was not at the meeting, a source said, adding that he and Trump have been in touch during the day by telephone. Neither was Ryan, who was addressing the "March for Life" rally around the same time. McConnell and Ryan were aware that the White House was going to invite Schumer to the White House, one Republican source said.

"We had a long and detailed meeting," Schumer told reporters in brief remarks he made upon returning the Capitol, but he did not include any specifics from their discussion. "We made good progress and will continue."

"I think the leader made a statement that progress had been made but much more needs to be done," Pelosi told CNN upon leaving Schumer's office.

"It's in the hands of the leader," Durbin told CNN.

White House aides made clear to GOP staff this morning there was no daylight between the President and Hill Republicans this morning, especially on immigration, according to two sources.

When asked by CNN if he was worried about Trump meeting with only Schumer, Sen. John Cornyn responded, "The thought did cross my mind."

"I don't think there is" going to be a shutdown, Cornyn said, but added, "I can't tell you exactly what the path forward is right now."

The mood on Capitol Hill: Both sides talking past each other

A Democratic senator told CNN a realization set in at the Senate gym Friday morning that Republicans and Democrats were just talking past each other and making incorrect assumptions about how to address each others' issues and demands seriously upping the odds of a shutdown.

Several GOP senators, for example, were trying to find out from Democrats why they are dug in against the House's short-term spending mechanism. Why won't they believe that Republicans will deal with DACA, the Deferred Action for Childhood Arrivals, later? The program expires March 5, but Republicans' message to their colleagues was "come on, you know we won't deport DACA recipients."

Democrats, however, feel trust has eroded after immigration negotiations broke down last week when Trump went from saying he'd accept a bipartisan solution on DACA in one meeting and then two days later rejecting a bill authored by South Carolina Sen. Lindsey Graham, a Republican, and Illinois Democratic Sen. Dick Durbin. In that same meeting Trump used vulgar language to describe the African countries where some immigrants come from.

Adding to the angst was the fact that Graham and Durbin thought they were gaining momentum on their bill this week and were winning over more Republicans only to hear that GOP leaders had convinced several of those Republicans to peel back off. Graham and Sen. Jeff Flake, a Republican from Arizona who also worked on the bipartisan bill, have said they will not support the House-passed CR.

At this point, Senate Republicans are hoping to get more guidance from Trump and the White House about how to proceed. However, a bipartisan group of senators -- members who know and have long-standing relationships with one another-- have yet to sit down and try to hammer out a compromise.

House members had been scheduled to be on recess next week, but many said they weren't going home until they knew there was resolution.

Rep. Austin Scott, a Republican from Georgia, told CNN that he was also prepared to stay, although he added "Mitch McConnell needs to stand and fight."