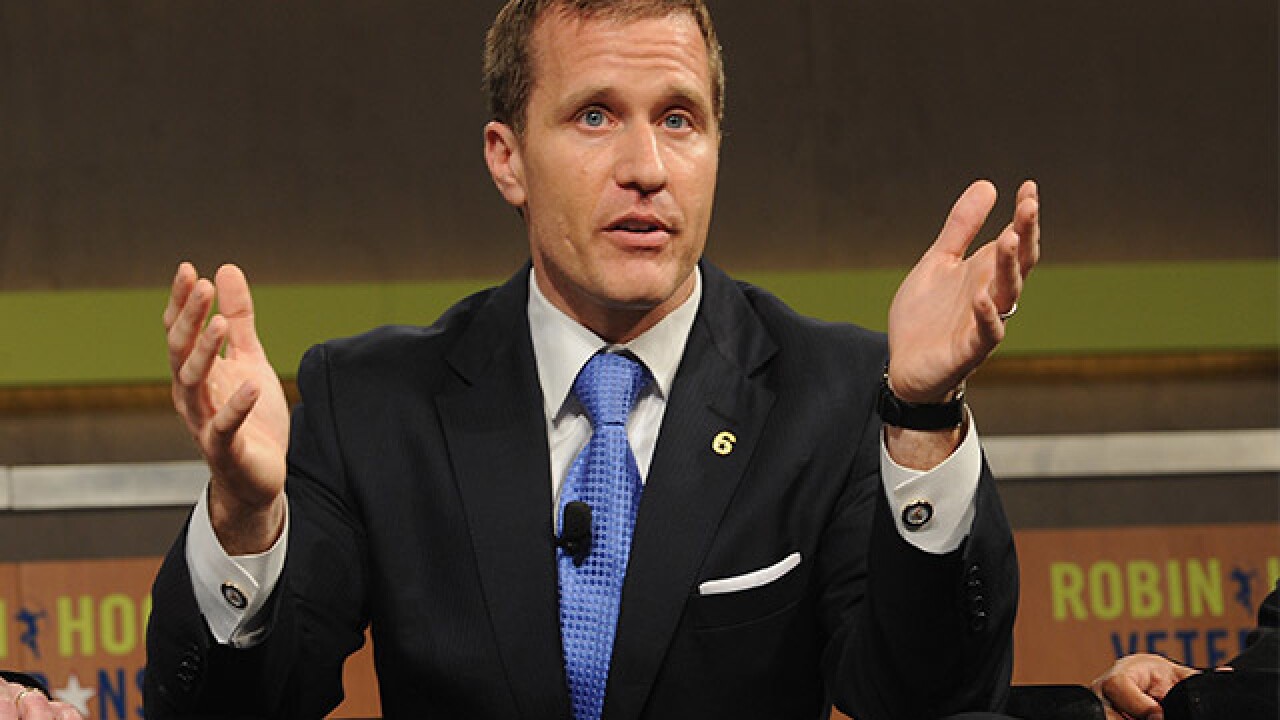 "The governor has now seen the TV report that ran tonight. The station declined to provide the tape or transcript in advance of running their story, which contained multiple false allegations. The claim that this nearly three-year old story has generated or should generate law enforcement interest is completely false. There was no “blackmail," and that claim is false. This personal matter has been addressed by the Governor and Mrs. Greitens privately years ago when it happened. The outrageous claims of improper conduct regarding these almost three-year-ago events are a lie.”

PREVIOUS COVERAGE: Missouri Gov. Eric Greitens has admitted to having an extramarital affair before he was elected to office.

Governor Greitens and his wife, Sheena Greitens, put out a joint statement Wednesday night confirming a report from KMOV-TV in St. Louis.

"A few years ago, before Eric was elected Governor, there was a time when he was unfaithful in our marriage. This was a deeply personal mistake. Eric took responsibility, and we dealt with this together honestly and privately. While we never would have wished for this pain in our marriage, or the pain that this has caused others, with God’s mercy Sheena has forgiven and we have emerged stronger. We understand that there will be some people who cannot forgive – but for those who can find it in your heart, Eric asks for your forgiveness, and we are grateful for your love, your compassion, and your prayers."

According to KMOV, the affair took place in March 2015. The woman's ex-husband reportedly went to the station with a recording of a conversation with his ex-wife as proof.

Also according to KMOV, Greitens allegedly tried to blackmail the woman to keep her quiet about the affair.

"We have a loving marriage and an awesome family; anything beyond that is between us and God. I want the media and those who wish to peddle gossip to stay away from me and my children."