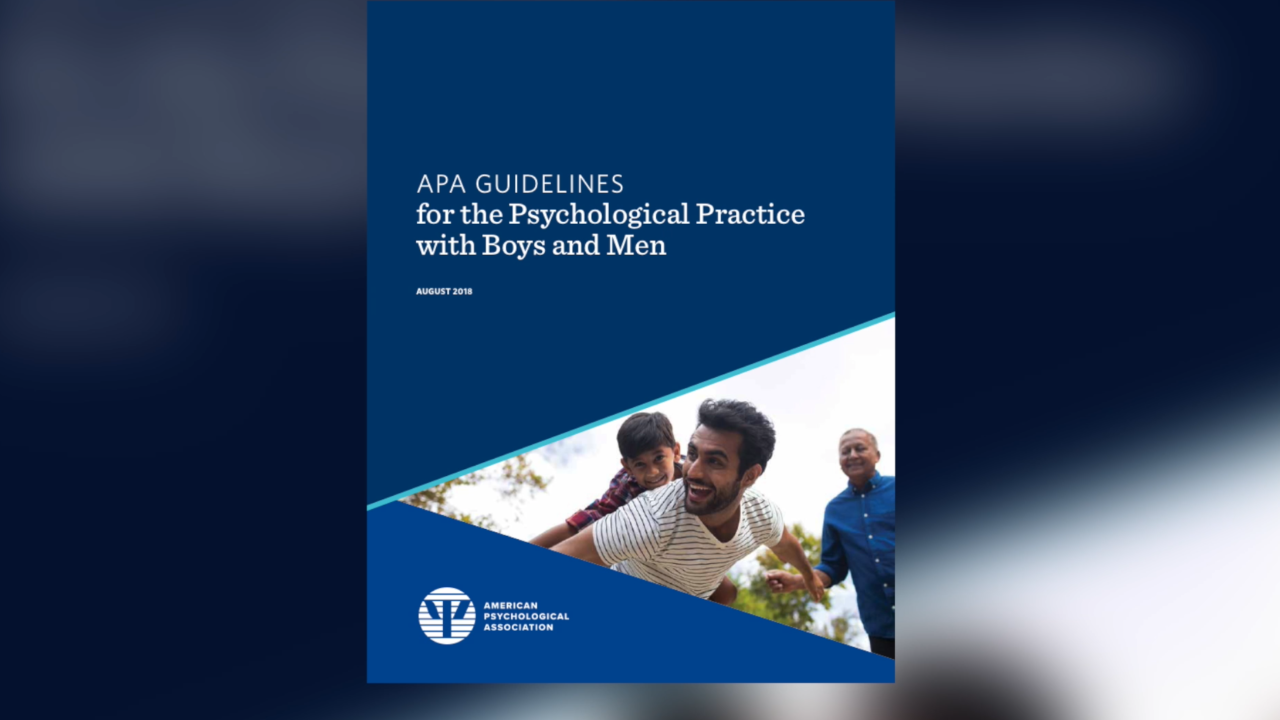 There’s a new warning out by the American Psychological Association (APA) that says traditional masculine ideology has been shown to have a negative impact on men and boys.

As a father and mentor, Dr. Ryan E. Ross knows expressing emotions is not traditionally what most men consider masculine.

“Young men who I work with, when I see them I shake their hand and I give them a hug and I tell them that I’m proud of them and that I love them, so that they know that it's OK, and that's the kinds of things that they should be hearing,” says Dr. Ross.

According to new findings out from the American Psychological Association, traditional masculinity ideology--which also includes achievement, anti-femininity, and not appearing weak-- can negatively influence mental health and physical health.

That's why for the first time in its 127-year history, the APA has released guidelines to help psychologists specifically address the issues of men and boys. They include: encouraging psychologists to recognize that masculinities are constructed based on social, cultural, and contextual norms; understand the impact of power, privilege, and sexism on the development of boys and men and on their relationships with others; and reduce the high rates of problems boys and men face and act out in their lives such as aggression, violence, substance abuse, and suicide.

Some people disagree with the APA’s report. In the Washington Observer, Nicole Russell wrote in part, "the APA gets it wrong from the beginning by asserting traditional masculinity holds only these traits, which are not even all negative, as negative."

The study's authors say the intention is to educate and raise awareness on the unique issues facing men and boys.